Andujar Oliver has no complaints about the decision to award Real Sociedad a penalty in Wednesday night's Supercopa de Espana semi-final. 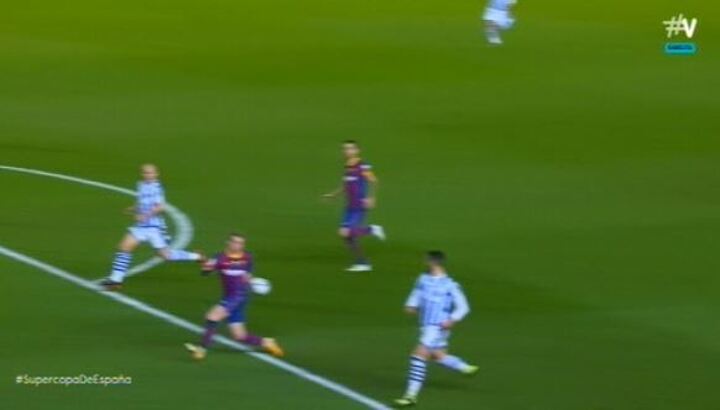 La Real drew level through Mikel Oyarzabal from the spot, after a penalty was conceded by Frenkie de Jong.

"It hit De Jong's elbow and all that had to be determined was if the player was inside the area or not, and VAR cleared that up," Andujar Oliver, Radio MARCA's resident refereeing expert told Marcador.

"It was a penalty well spotted by the referee."