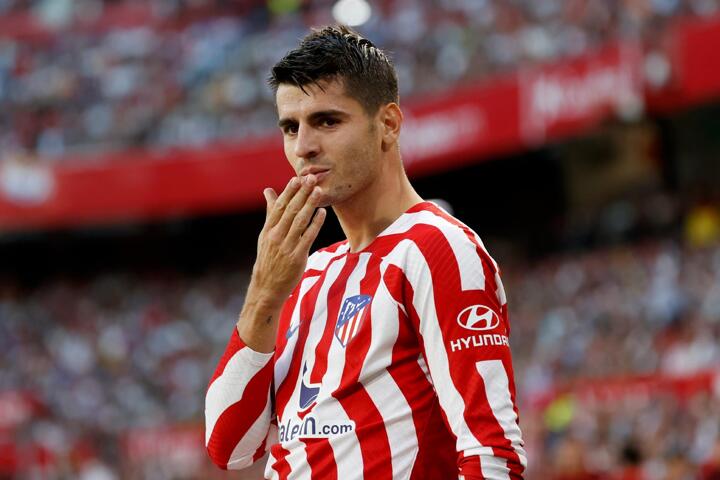 Billed earlier as a battle to avoid crisis, there was one clear victor both in terms of performance and finishing.

The match started off with plenty of intensity and most notably a tactical tweak from Diego Simeone. With the return of Jose Maria Gimenez and Stefan Savic form injury, the Argentine opted for a back four. He also left out Joao Felix in favour of Matheus Cunha up front.

He was tireless in his work up front and it was the Atletico Madrid press that was causing Sevilla the most problems. After getting out of jail one too many times, a lost throw in ended with the ball at Koke’s feet, just outside the Sevilla box. The Atleti captain was making his 554th appearance, a record for the club, and he capped it with an assist for Marcos Llorente, who authored an excellent finish into the corner. He had skipped past Alex Telles, just brought on for the injured Karim Rekik.

Sevilla had been a non-entity in attack and as the second half drew towards an hour, they concluded the only method of gaining joy was by pushing more players forward. If anything, it only made Atleti more dangerous though.

Julen Lopetegui watched the replay grimly on multiple occasions after Alvaro Morata doubled the lead. Jan Oblak’s goal kick was flicked on by Morata, Jose Angel Carmona failed to deal with it and Cunha touched the ball into the path of Morata. One-on-one with Bono, Morata chipped the ‘keeper expertly.

A late injury to Nahuel Molina was the only sour note for Atleti, who can forget about a dodgy few matches before the international break. Simeone’s side move into fifth, they will still be aware that tougher opposition lie ahead.