Barcelona wonderkid Pedri has picked up a rare injury, adding to manager Ronald Koeman's woes after his side was well beaten by Bayern Munich in the Champions League. 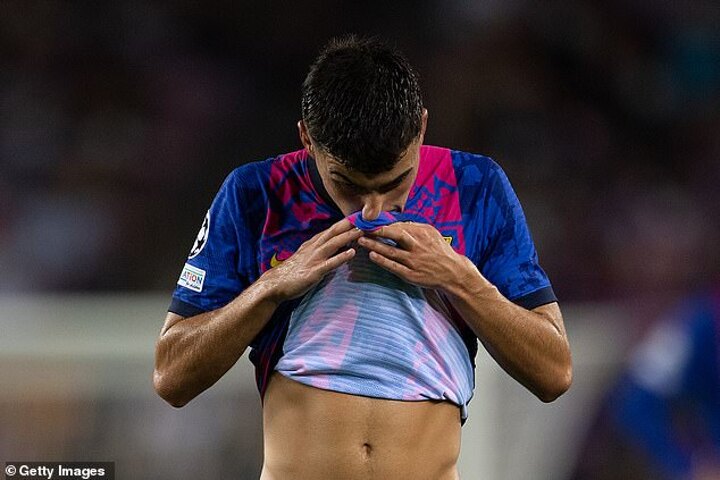 Bayern beat the Spanish giants 3-0 at the Nou Camp on Tuesday, but it could have been more, with the German champions taking 17 shots with seven on target compared to Barcelona's five and zero, respectively.

And the club has now confirmed teenage star Pedri, 18, is unavailable for selection after receiving a knock in the defeat, which saw Thomas Muller's opener and Robert Lewandowski's double wrap up a comfortable win for Julian Nagelsmann's side. 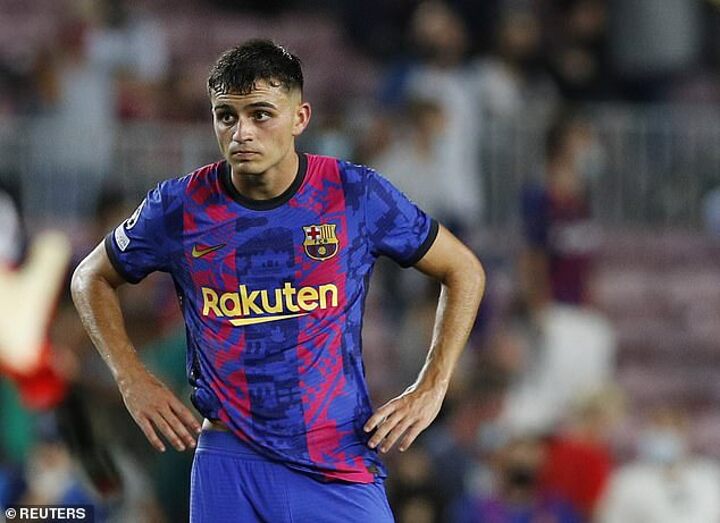 A statement on Barcelona's website read: 'Pedri has a quadriceps muscle injury in his left thigh. The player is unavailable for selection and his recovery will dictate his return.'

Pedri, who played the full match against Bayern, has become a mainstay in Barcelona's midfield despite his tender age, and his absence will be a big blow for Koeman.

He made 52 appearances in all competitions for the Catalan side last campaign, representing Spain at Euro 2020 and playing for his country at the Tokyo Olympics, representing a total of 73 matches across the entire season. 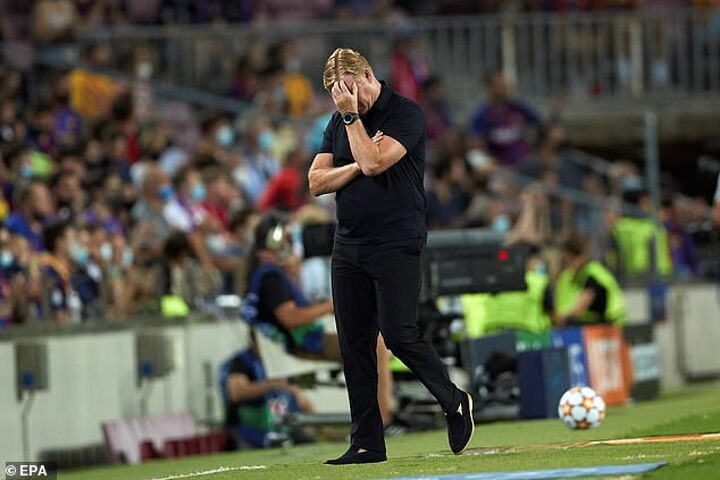 Sergino Dest, Ansu Fati, Ousmane Dembele, Martin Braithwaite and Sergio Aguero were all missing for the European clash, and defender Jordi Alba could be added to the absent list as well as Pedri.

The left-back was taken off in the 74th minute, with the club adding: 'Tests carried out on Wednesday morning on Jordi Alba show he has a hamstring injury in his right thigh. The player is unavailable for selection and his recovery will dictate his return.'

The duo could miss several matches, with Barcelona embarking on four games in nine days starting from Monday, with LaLiga clashes with Granada, Cadiz and Levante before a Champions League match against Benfica. 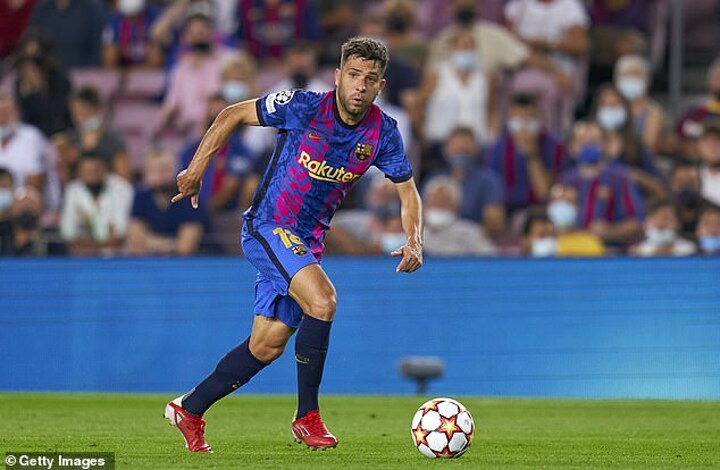 And Dutch boss Koeman complained about his lack of options after the match.

He said: 'There were only three strikers available. Tactically there were moments in which we were in control. Bayern's game is in the middle third and you have to fill [the gaps] there. It is what it is for the time being.

'I cannot complain about the attitude, but there is a difference in quality. They are a team that as a group have been together for a long time and also have a bench that has improved.'