Real Madrid manager Carlo Ancelotti has seconded Liverpool star Mohamed Salah's claims of being the best player in his position. 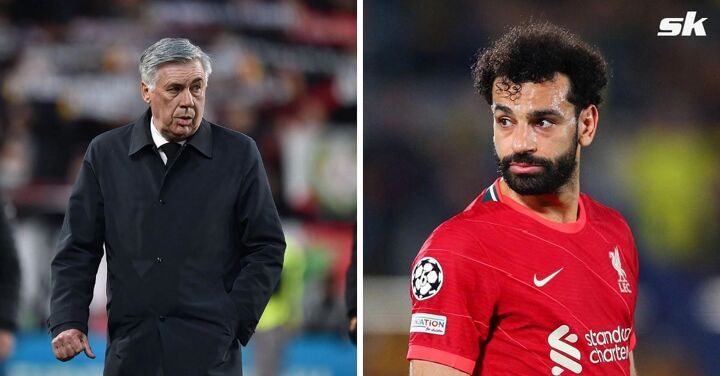 The Egyptian has enjoyed another prolific campaign with the Reds, netting 30 goals and making 16 assists in all competitions from 48 games. His blistering goalscoring form has been the chief driving factor behind Liverpool's push for an unprecedented quadruple.

Salah recently made headlines for claiming that he's ahead of everyone else in his position. He told BeIN Sports:

“If you compare me with any player in my position, not only in my team but in the world, you will find that I am the best."

Ancelotti has now weighed in on the 29-year-old's statement by saying he's indeed right in his assessment. The Italian told reporters (via Evening Standard):

Salah is a right winger by trade and no player operating from that position boasts more than his goal-tally right now.

He also leads the Premier League's Golden Boot race with 22 goals as well as the league's assist column with 13 so far.

The former Chelsea and AS Roma forward is now aiming to win his second PFA Player of the Year award following his nomination for this season.

Salah last won the gong for his record-breaking 32-goal haul in the English top-flight in the 2017-18 season, his first in Liverpool colors.

Salah's claim to being the best in his position comes at a time when the 2022 Ballon d'Or race is heating up.

While many would agree the Egyptian is among the favorites, he's still behind Real Madrid ace Karim Benzema.

The Frenchman is the leading contender right now with 44 goals from 44 games in all competitions.

His prolific form helped Real Madrid win the La Liga title. He helped them reach the Champions League final too with exceptional performances in the knockout stages.

Interestingly, Benzema is the leading scorer in both competitions too, with 27 and 15 goals respectively.

The Champions League final on May 28 will bring him and Salah face-to-face with the winner of the competition likely to be the Ballon d'Or winner too.