Cristiano Ronaldo has broken yet another record with his first appearance at the 2022 World Cup in Qatar. 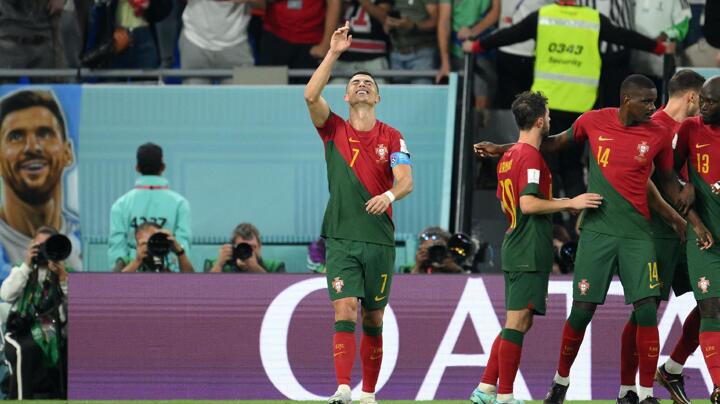 The Portuguese star set the ball rolling in a remarkable match against Ghana, opening the scoring with a 65th-minute penalty. Andre Ayew equalised, but Joao Felix and Rafa Leao looked as if they had settled the match by the 80th minute.

However in the closing moments, Cristiano had to watch his own trademark celebration – not on the big screen, but down the touchline, as Osman Bukari equalised.

In the final moments, Inaki Williams looked as if he might score one of the most iconic goals in World Cup history, but slipped at the vital moment.

As it was, the headlines will remain with Ronaldo, after the 37-year-old scored his 118th international goal. It was also the fifth World Cup tournament he has featured in, equalling the record, and the fifth tournament he has scored in, which is a record that belongs to him solely. He surpasses Lionel Messi, Uwe Seeler, Miroslav Klose and Pele.

His legacy grows ever larger in the game. Regardless of his situation with Manchester United, the statistics he is setting at the World Cup are beyond criticism. At 37, few players have arrived at a World Cup starting up front for a major nation.