Gabby Agbonlahor has hit out at Antonio Rudiger for his perceived mockery of a Japanese forward as Germany lost 2-1 in one of the shocks of the World Cup so far. 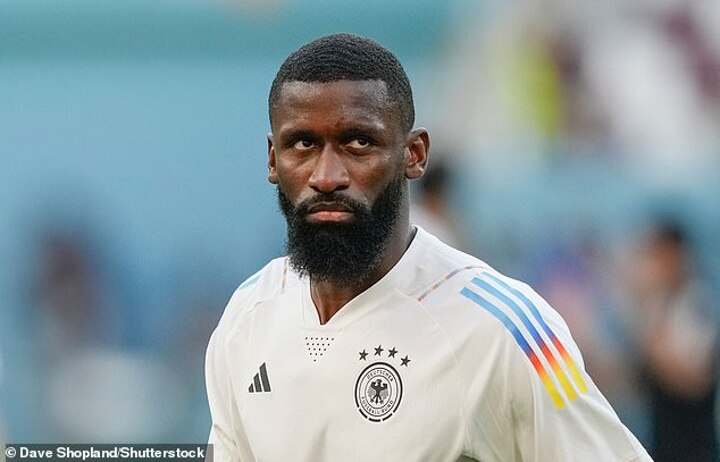 The Germans lost a one-goal lead to put them in serious trouble of early elimination from Group E, while Rudiger was prancing and laughing at Takuma Asano in a strange head-to-head run while they were ahead. The VfL Bochum striker then scored Japan's winner seven minutes from time.

And speaking to talkSPORT, former England international Agbonlahor singled out the 29-year-old Real Madrid defender for his actions on Wednesday, amongst a poor display across Germany's team. 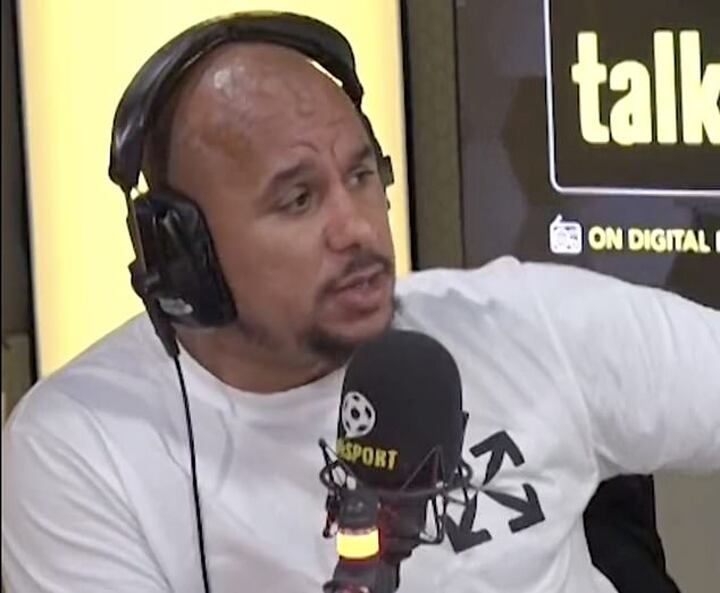 Agbonlahor said: 'When you’re quick, and I was a quick player, you know you’re going to outpace someone, that’s what Rudiger is for, no one is quicker for him in this Japanese side.

'But why are you trying to mug the opposition off? Just go and get the ball first, you’re quicker, clear it, give it back to your ‘keeper, play. He’s tried to really mug them off, like "this is too easy, you can’t get past me".

'Sometimes, you get your karma, straightaway. They lose 2-1. Next game he’s got to think to himself "just defend, don’t try and take the mick out of other players this World Cup, you got your medicine straightaway".'

The former Aston Villa player felt that Germany had looked lacklustre for a little while, noting that their last-16 exit at the European Championships last year could be met with an even earlier departure from Qatar.

They next come up against Spain, who won the other match in Group E 7-0 against Costa Rica, and if Japan also secure three points against the CONCACAF side, defeat to the Spaniards will see Germany leave at the first hurdle. 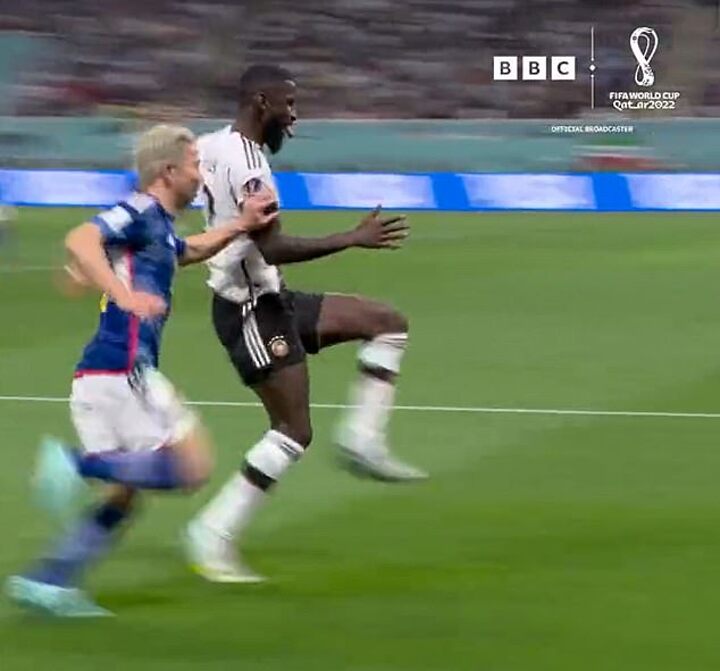 The 36-year-old pundit told talkSPORT: 'That Germany side, round of 16 they lost to England in the Euros, I thought they were pathetic last year in the Euros.

'This year I feel like they will go out, I feel like Spain will beat them. What’s happening to Germany? They’ve got a bunch of pretenders in their squad.'

Agbonlahor is not alone in criticising Rudiger for his performance against Japan, with Sportsmail previously reporting that Didi Hamann was less than impresed with the Real Madrid player after his role in the defeat.

Head coach Hansi Flick could make some widescale changes to his team for the Spain clash on Sunday after failing to defeat Japan despite having the bulk of possession and chances. 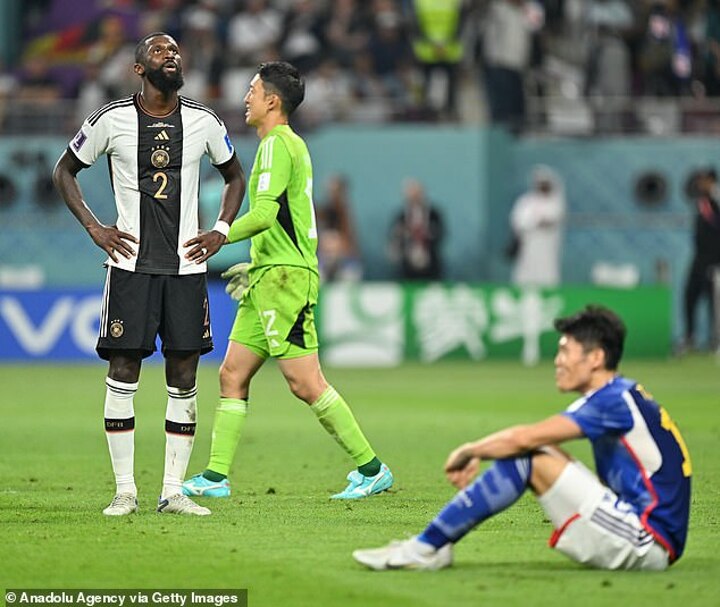