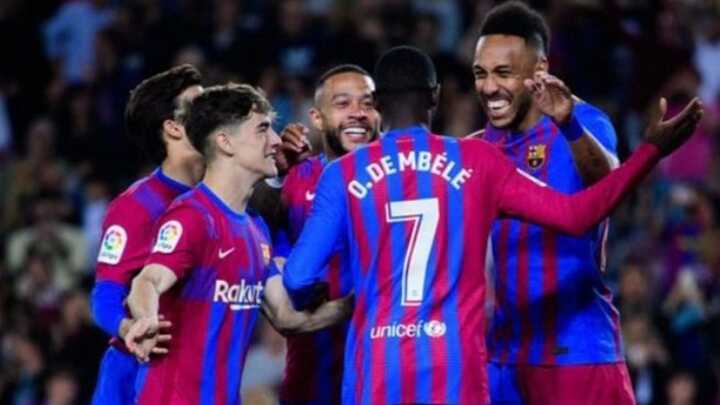 Avoiding a defeat in the Spanish capital would confirm the Blaugrana as runners-up and bring them direct entry to the Spanish Super Cup, landing them a much-needed financial windfall.

Getafe know a point should secure their top-flight status and Los Azulones have drawn each of their last three matches.

Pierre-Emerick Aubameyang is the favourite to score first at 4/1 (5.00) while Memphis Depay, who broke the deadlock in the midweek win over Celta Vigo at Camp Nou, can be backed at 9/2 (5.50).

Getafe's top scorer is Enes Unal, with the Turkish forward enjoying his best scoring campaign after netting 15 in the league.

The Catalans are unbeaten on the road under Xavi Hernandez, with their last away defeat in La Liga coming in Ronald Koeman's final game in charge at Rayo Vallecano on October 27.

Indeed, Barca have won each of their last six clashes away from Camp Nou and there will be plenty of interest in backing them to claim another win against a Getafe side who are all but mathematically safe.

Los Azulones have been strong at home but Barca have won 10 of their last 12 matches against the side from the south of Madrid and should be confidently backed to claim their 10th away win of the campaign.

You can watch La Liga live on the go with your iPhone, iPad or Android device through your bet365 account. All you need is a funded account or to have placed a bet in the last 24 hours to qualify.