With several top clubs preparing to overhaul their squads after disappointing seasons (Real Madrid, Manchester United, Bayern Munich...), plenty of major movement is in the offing in the summer window. Indeed, a number of sides are expected to break their transfer records during a close season that may witness a good few fees in excess of 100 million euros. 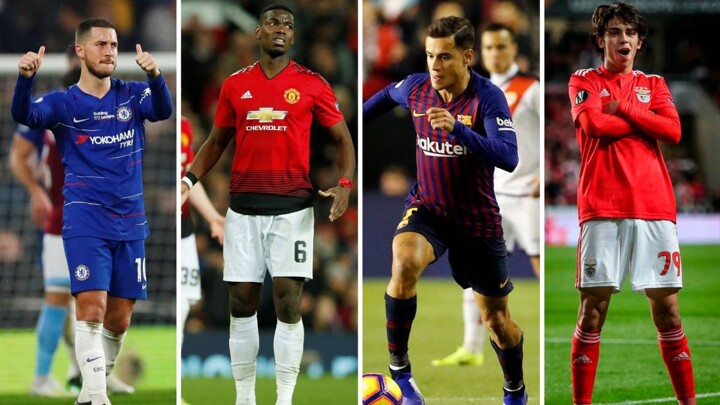 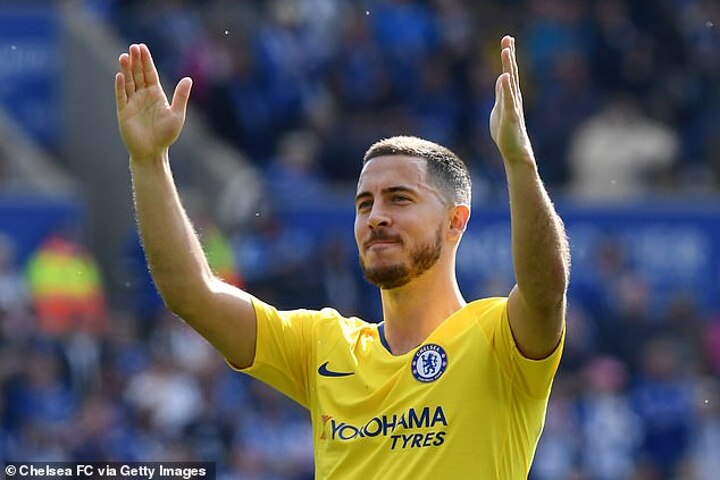 Chelsea's Eden Hazard is the prime summer target at Madrid, who are poised to pay around 100m for a forward who this week dropped a strong hint over his future when he said: "I have made my decision." Before then, the Belgian has one more match to play for the Blues: having already helped ensure Champions League qualification via the Premier League, he will now look to close out his Stamford Bridge career by playing his part in a Europa League final win over Arsenal in Baku. 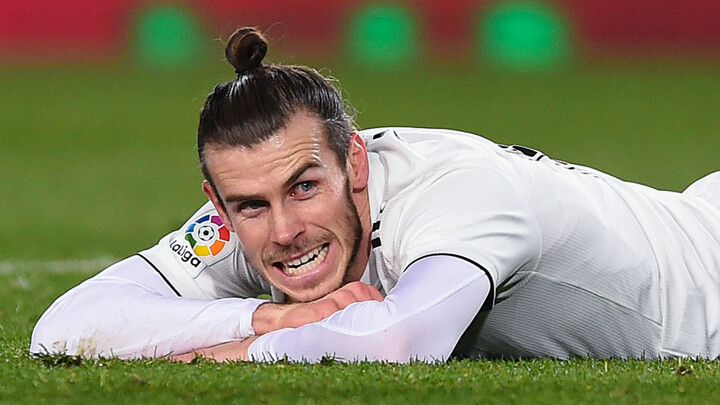 Gareth Bale's time at Madrid is coming to an end, with Los Blancos busy seeking a buyer for the Welshman. Bale has a sterling reputation in the Premier League, and could return to England for a fee higher than the figure paid by Madrid to take him to LaLiga in 2013. The 29-year-old could also be used as a makeweight in deals for Manchester United's Paul Pogba or Tottenham Hotspur's Christian Eriksen. 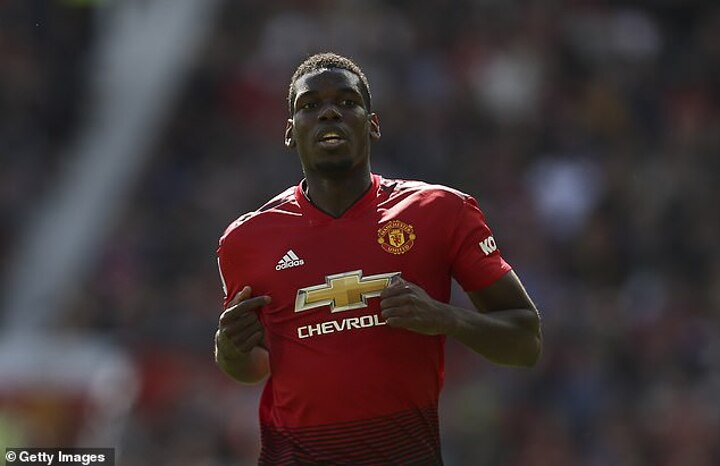 A player much admired by Zinedine Zidane, Pogba is a major summer target for Madrid as their re-appointed coach prepares to rebuild the 13-time European champions' squad. It's now down to Los Blancos to persuade United to part with the midfielder, 26, and the Red Devils won't be letting the jewel in their crown leave on the cheap: indeed, reports in the UK say they value the Frenchman at 150m euros. 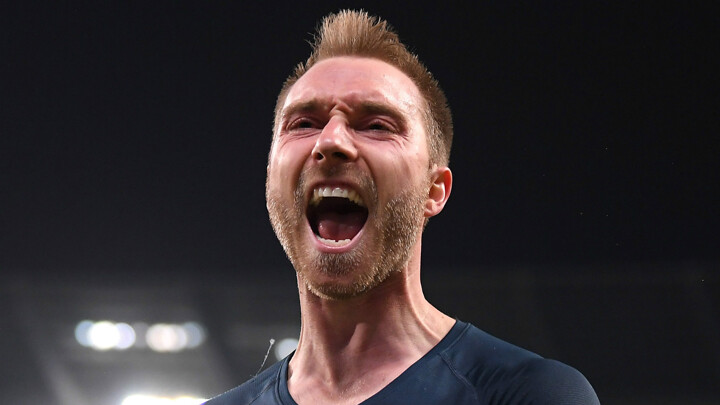 Eriksen is another player high up on Madrid's midfield wishlist. As has been revealed by AS, the LaLiga club have a verbal agreement with the Dane, who is stalling on a new contract at Tottenham - potentially forcing the North Londoners to sell this summer to avoid seeing him leave for free in 12 months' time. Spurs currently value Eriksen at 100m, although he could become more expensive - both in terms of his fee and his wages - if they are crowned European champions on 1 June. 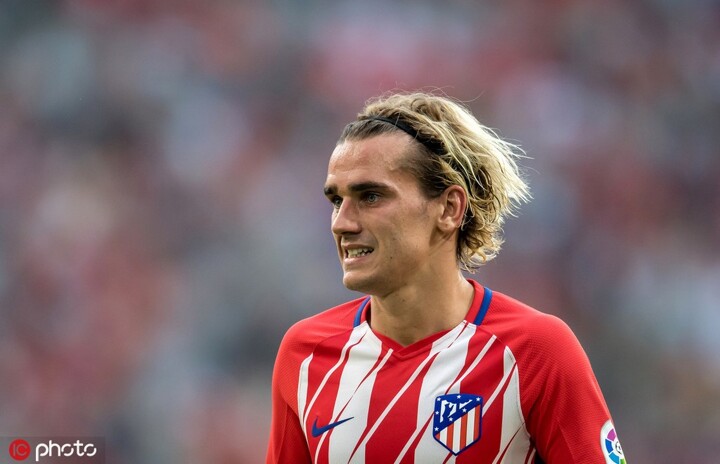 After announcing his decision to stay at Atletico Madrid to much fanfare last summer, Antoine Griezmann decided to leave Los Rojiblancos this summer. According to the Spanish radio station Cadena SER, he could join Barcelona. His Atletico release clause currently stands at 200m euros, but, significantly, it is due to drop to the far more attractive price of 120m on 1 July. 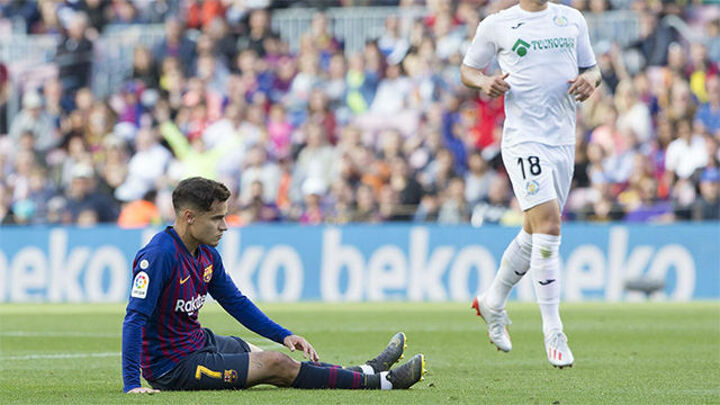 Griezmann's arrival at Barca would leave the Catalans with an excess of attacking options, and Philippe Coutinho would be a key candidate to make way. The Brazilian has struggled to settle since joining from Liverpool, falling well short of his best form and hardly helping his cause by confronting the Camp Nou crowd. He wouldn't be short of suitors, though, with Chelsea (who are said to be willing to pay over 100m to take him back to England), PSG and Juve all linked with moves. 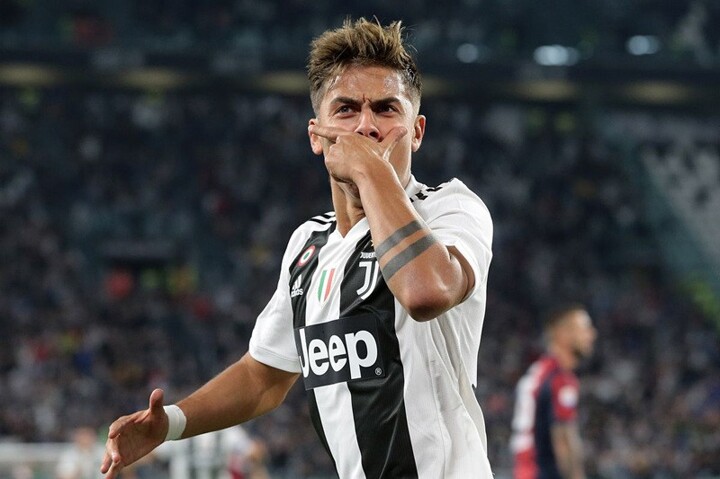 Paulo Dybala isn't enjoying the best of periods in Turin. Amid a relationship with Juve boss Max Allegri that is far from ideal, the Argentine has had to settle for a less prominent role in the wake of Cristiano Ronaldo's signing. Against this backdrop, Dybala is being tipped to move on at the end of the season, and is being eyed by a host of clubs. According to reports in the British media, United are particularly interested in the forward and are preparing to offer over 100m euros. 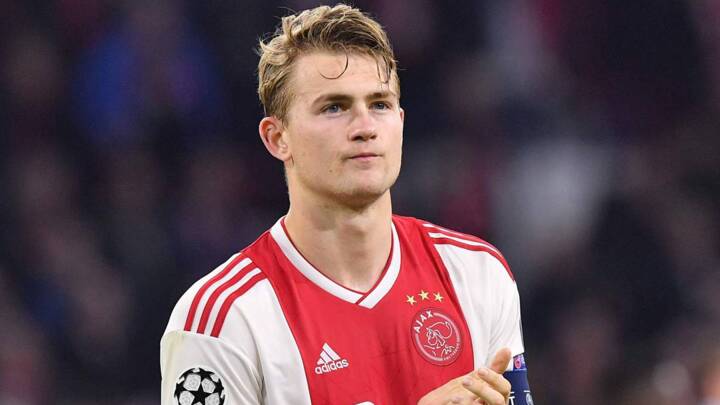 Barcelona are one step away from completing the signing of Ajax captain Matthijs de Ligt this summer, according to a report in Marca.

The 19-year-old has been the captain of the Amsterdam-based club for over a year and has starred for club and country.

Widely regarded as one of the best upcoming talents in world football, the central defender is set to command a €70m fee from Ajax. 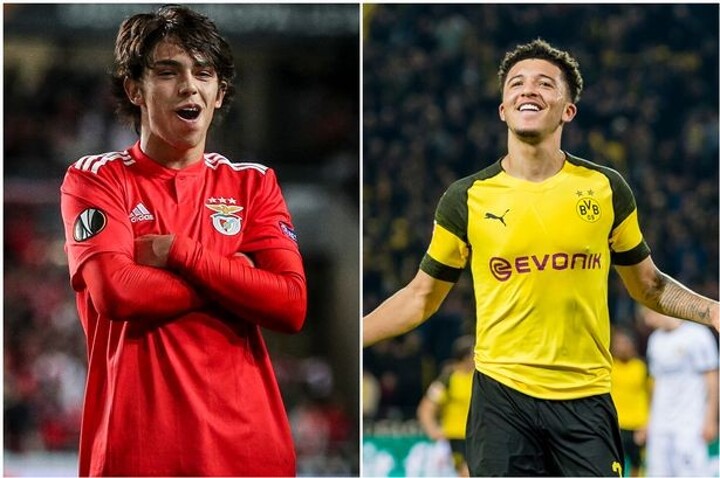 Borussia Dortmund's Jadon Sancho and Benfica's Joao Felix are similar cases: two players who are among the most coveted youngsters in Europe, and who are at clubs that offer the chance to grow as players before potentially going on to bigger and better things. Both are attracting plenty of major interest, but must decide whether or not to take the next step and, in the process, risk having to settle for a less central role and more infrequent game time.

United are tracking Sancho, who Dortmund value at 115m euros, while Madrid and Barça have also made enquiries. Meanwhile, Benfica want Félix to stay in Lisbon for at least another season, and will only sell the 19-year-old in exchange for his 120m-euro buy-out figure.