Dani Ceballos' Olympics debut could be over already after limping-off with a ballooning ankle on Thursday, leaving the midfielder fretting over his Real Madrid return. 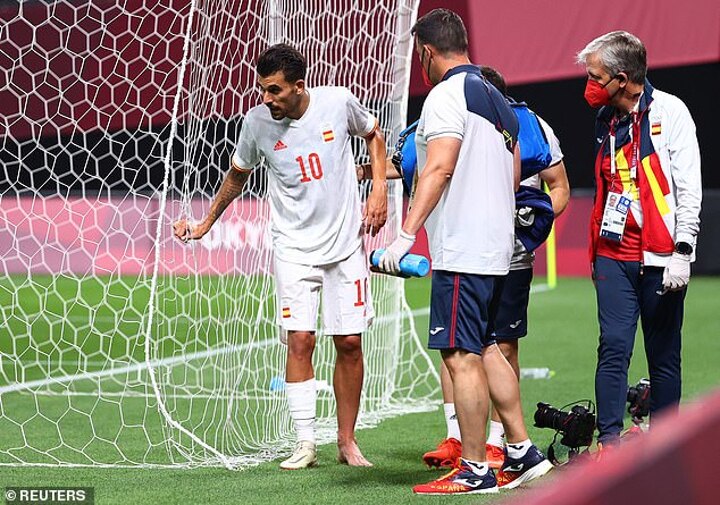 The 24-year-old was on fire in the first 45 minutes of Spain's Tokyo opener against Egypt, showing the kind of dazzling footwork Arsenal fans expected but were so rarely treated to in two years at the Emirates.

Ceballos hit the post with a wonderful 25-yard strike but was struck down moments before half-time, with Taher Mohamed clumsily treading on him. 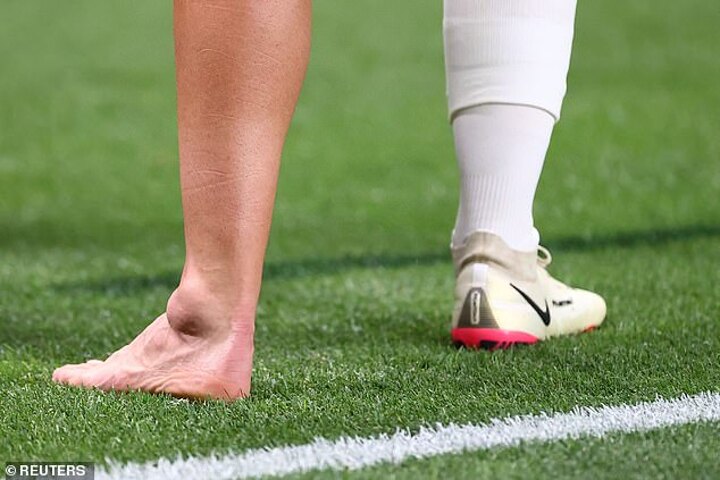 The slow-motion replay showed the No.10's left leg planted with his ankle bending inwards at a gruesome angle.

The Spaniard was left wincing in pain as the physios' treatment caused a long stoppage, while the referee checked the VAR monitor before handing Mohamed a yellow card.

Ceballos thankfully was able to get back to his feet and was seen hobbling towards the dugout with one sock removed, revealing a nastily swollen ankle.

Jon Moncayola replaced the creative star, and those 45 minutes will surely be his final contribution to Spain's debut appearances at the Olympics this summer. 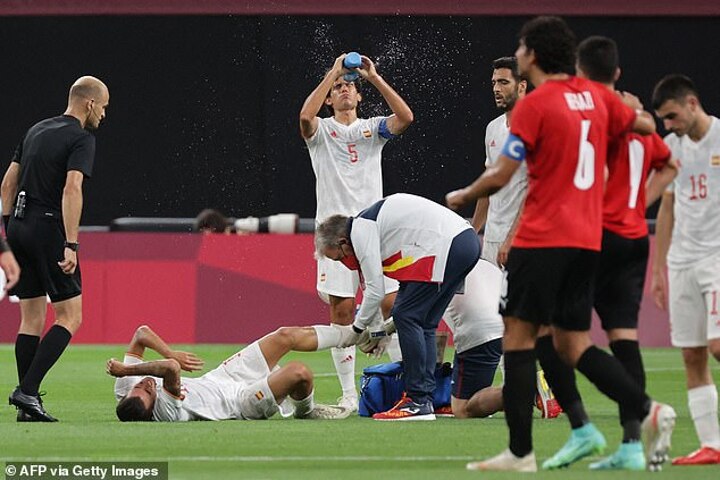 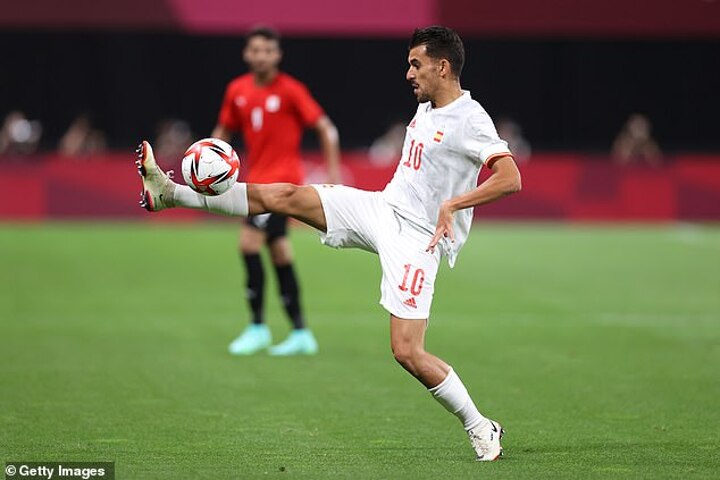 The Real Madrid midfielder has long-term concerns over the injury, too. Ceballos returns to Los Blancos this summer after two years of frustration aboard Arsenal's fast-sinking ship.

The former Real Betis man has been a Madrid player for four years but spent only half of that time wearing white, after struggling to establish himself under Zinedine Zidane in 2017-18, nor Julen Lopetegui or Santiago Solari in 2018-19.

Now, Ceballos must impress the returning Carlo Ancelotti to save his Madrid career. This latest blow could be crucial for the Spaniard.