Joao Felix might not be the star at either of Atletico Madrid or Portugal, but he is certainly more important with his national side. 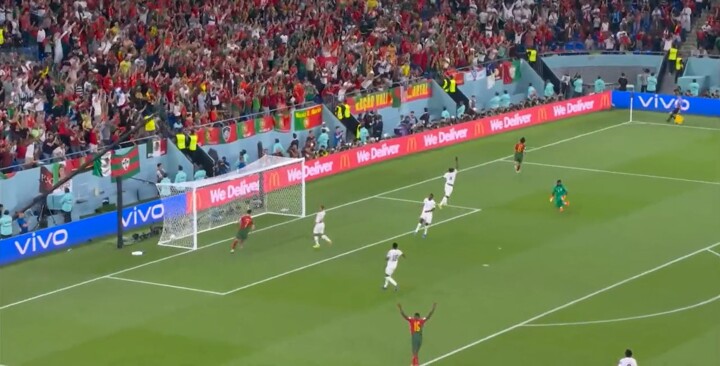 The talented 22-year-old forward began Portugal’s match against Ghana in their World Cup opener. The pair were locked at 1-1 after Cristiano Ronaldo’s penalty was cancelled out by Andre Ayew just minutes later.

However it was Joao Felix who would respond in kind. As he was set loose in behind the defence, he made no mistake with a cool finish.

Just two minutes later, Portugal would be well in control after notching a second goal. Bernardo Silva drove at the defence before laying in Milan striker Rafael Leao.