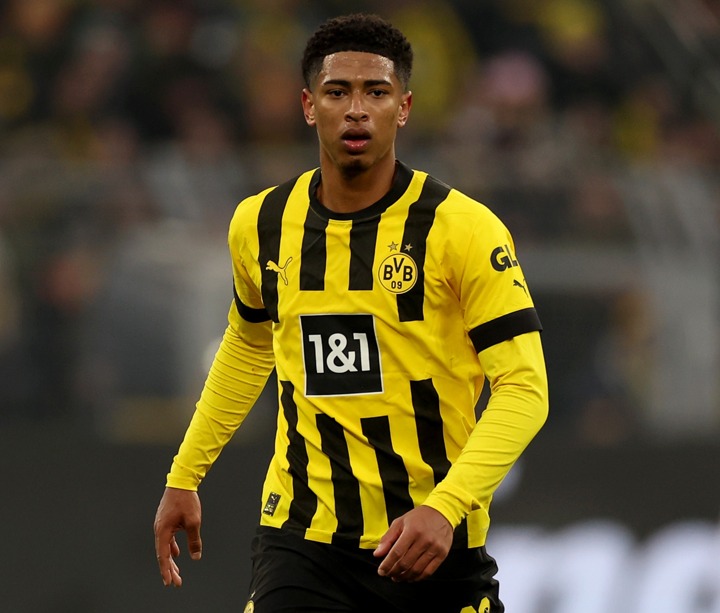 The 19-year-old England starlet is one of the most sought-after names on the planet after a stellar World Cup.

Bellingham has previously been linked with Liverpool, as well as the likes of Real Madrid, Manchester United and Manchester City.

And it's the Reds who are currently favourites to sign the midfielder, according to Sky in Germany.

Anfield boss Jurgen Klopp is claimed to be "pushing" to sign Bellingham in the summer.

The former Birmingham City man is Klopp's No1 transfer target as he looks to overhaul an ageing midfield.

But Sky say Real Madrid and City are also targeting the teenager.

However, Liverpool are claimed to be leading the race for his signature.

Klopp is not reported to have spoken to Bellingham personally about joining the club, but the boss has spoken to Anfield transfer chiefs about signing the midfielder.

SunSport exclusively revealed at the weekend that Bellingham is set to turn down a new Dortmund contract.

That will kickstart the auction for the highly sought after England international.

Sky Germany claim Bellingham does not have a release clause in his Dortmund contract.

As a result, the German club are set to demand between £88million and £132m for his signature.

The Bundesliga outfit want to keep hold of their superstar midfielder for another season.

Bellingham has netted 10 times in 23 games in all competitions for Dortmund this season, including a wondergoal in his first game back after the World Cup.