Cadiz are the first team to come away from the Estadio Alfredo Di Stefano with any points against Real Madrid's first team. The newly promoted side got all three on Saturday evening thanks to Choco Lozano's winner in the first half. 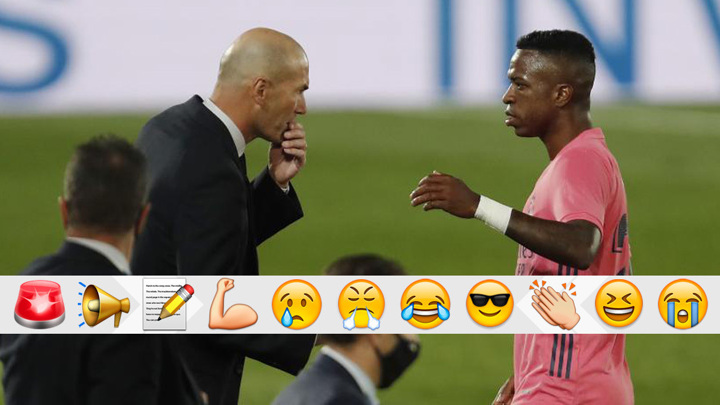 Zinedine Zidane made a number of surprise selection choices for the game, including those of starting Lucas Vazquez and Isco. The changes that were made at half time did improve the performance but not the result.

Zidane raised a number of eyebrows when the Real Madrid line-up was announced an hour before kick off in Madrid.

Everyone was expecting to see Marco Asensio but Lucas started instead, while Luka Modric was also selected despite playing 90 minutes for Croatia against France on Wednesday.

At half time, Asensio, Casemiro and Fede Valverde replaced Lucas, Isco and Modric, while Eder Militao came on for the injured Sergio Ramos.

The lack of direction showed throughout by Real Madrid will worry many supporters ahead of the Clasico next weekend.

Cadiz have properly arrived back in the top flight, claiming an almighty scalp in beating the champions away from home.

With Ramos going off injured at half time, Karim Benzema assumed responsibility as Real Madrid's leader in the second period.

The striker came the closest out of anyone to scoring an equaliser, hitting the crossbar with a shot from the edge of the penalty area.

Cadiz gave Ramos the run-around during his 45 minutes on the pitch at the Di Stefano.

After Real Madrid's captain made a goal clearance against Alvaro Negredo, he was caught out of position by Lozano for the opener.

Unable to continue in the second half, there are now concerns over the defender's fitness ahead of the Clasico.

Alex and Nacho Fernandez enjoyed a special occasion at Valdebebas.

The two brothers came up against each other in a direct battle on the left of Cadiz's attack as Nacho deputised for Dani Carvajal and Alvaro Odriozola at right-back.