Kylian Mbappe has admitted that he cannot rule out extending his stay at Paris Saint-Germain, as the France international continues to be linked with an end-of-season move to Real Madrid. 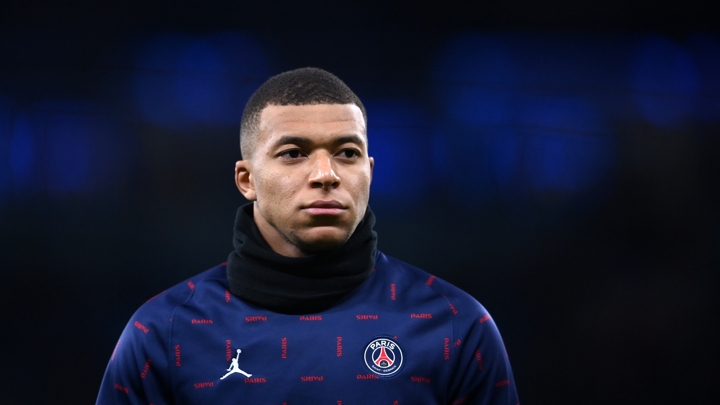 The forward spent most of the off-season heavily tipped to make the move from Ligue 1 to La Liga, with the Parisian outfit knocking back two major offers from Los Blancos for his services.

With his contract set to expire at the end of the current campaign, Mbappe has still been widely tipped to depart for Santiago Bernabeu - but now, while voicing his frustration on his failed exit, he has acknowledged that he may yet remain at Parc des Princes.

"I don't know," Mbappe stated in an Amazon Prime interview when asked about his future. "Today I have to take the time. It is not easy. Either way, I'll be playing for a big club.

"At first I was disappointed [not to leave]. But well, I am not in the third division, I am in a club that wants to win the Champions League. I am Parisian, I have my family, I feel good, I have always said it. I just wanted to discover something else."

Mbappe's desire to leave PSG coincided with the arrival of childhood hero Lionel Messi to the club, and while Mauricio Pochettino's side have stormed clear atop Ligue 1, the combined performances of Mbappe, Messi and Neymar have somewhat failed to live up to the hype.

Mbappe admitted the star trio can improve, adding: “We’re aware that we need to do more. When you have three players of that level, you can’t hide from it. We need to do the things that keep us together as a collective. We each have to do our bit."

Asked if he is the "boss" at PSG, Mbappe replied: "It’s difficult. When you play with Neymar and Messi, it’s cheeky to call yourself the boss.

"Now, I’m in a good spell, the team is doing well. We really don’t care about who the boss is. The goal is to put all three of is in the right conditions because we’re game-changers. It’s better that way."