Napoli striker Victor Osimhen will miss the second leg of their Europa League last-32 tie against Granada on Thursday as a precaution after he suffered a head injury against Atalanta on Sunday. 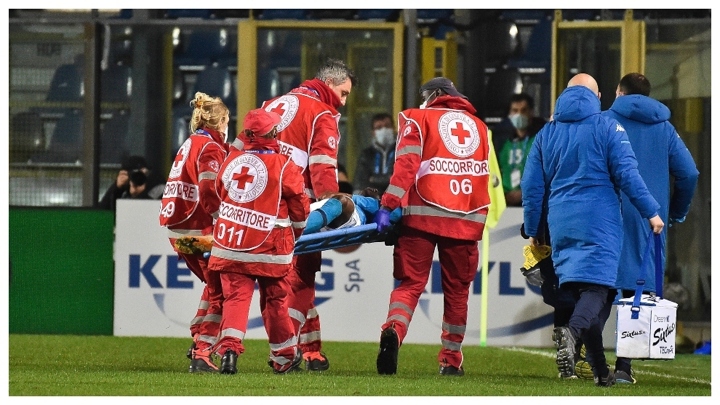 The Nigerian, the club's record signing, was stretchered off but has fortunately shown no signs of any serious damage. He will be able to return to training after a few days' rest.

Osimhen started last week's 2-0 loss in Granada in the first leg, but Gennaro Gattuso will have to switch things up for the return leg.

The Napoli head coach will have Dries Mertens available again, but David Ospina, Elseid Hysaj, Diego Demme, Kostas Manolas and Hirving Lozano have yet to return to full training.

Napoli, currently seventh in Serie A, host Granada at 18:55 CET on Thursday.