Former Barcelona captain Carles Puyol has praised recently dismissed Blaugrana coach Ernesto Valverde for the way he carried himself during the two and a half years at the club. 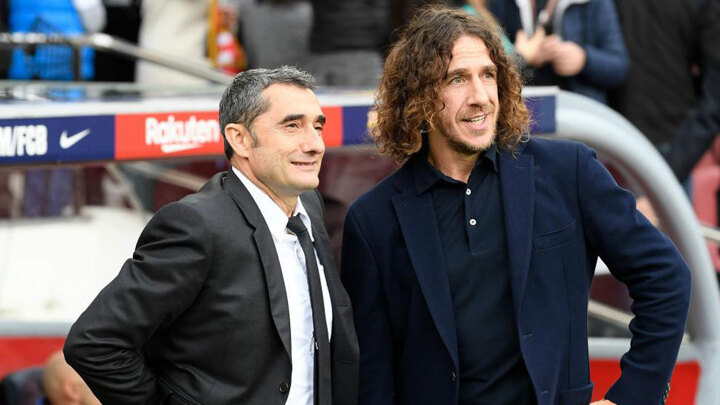 Puyol was grateful for the job Valverde had done but is also confident that things will work out well under new coach Quique Setien.

"I thank Valverde. For me, he has done very well," Puyol said.

"I remember my early years [at Barcelona] which were very complicated, going five years without winning [a trophy].

"Valverde has won two league titles in two years, leaves the team top [of LaLiga Santander], qualified for the last eight of the Champions League, in the Copa del Rey, and he's out.

"I have to thank him as a Barcelona fan for everything he has done and for his behaviour," he stated.

Puyol also had a few words for Setien, who has been entrusted with Valverde's old job.

"I hope things go well for him," Puyol said.

"I always wish for the best for Barcelona.

"The end of the season is when conclusions need to be made," he added.