Barcelona and Real Madrid both knew that this run-in for the LaLiga Santander title, with 11 games after the restart, was one which would not have room for mistakes. 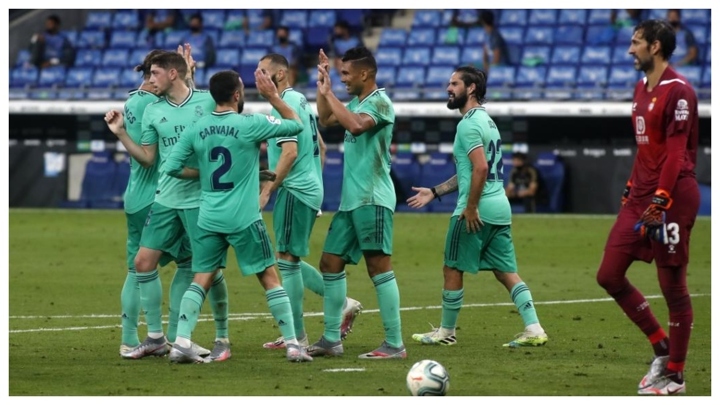 Both knew that any slip-ups would be costly, and Barcelona's two draws have distanced them from the title.

Real Madrid, on the other hand, have avoided any errors and have managed to pick up maximum points (15) from their first five games back and regain top spot in the process.

With Barcelona having dropped points twice, Real Madrid do not need to win every game to be champions.

However, Zinedine Zidane's team haven't taken their foot off the gas and have equalled their best winning streak this season with five consecutive wins.

In January and February, Los Blancos beat Getafe, Sevilla, Real Valladolid, Atletico Madrid and Osasuna, although they then picked up just four points from a possible 12 before the break.

Since the restart, Real Madrid have been in fine form in the hunt for the LaLiga Santander title, as they were when they picked up 12 wins from 12 at the end of Zidane's first campaign in charge.

The form Los Blancos have shown has boosted their confidence significantly and they find themselves overflowing with belief.

"We stick to what we can do, game by game," Casemiro said after beating Espanyol.

"Espanyol has passed and now we are thinking about Getafe; we want to win every game.

"There's a long way to go, but we know every game is a final. We want this league [title]."