Real Madrid are on track to wrap up the LaLiga Santander title before Christmas and a win against Atletico Madrid next Sunday will bring them one step closer to achieving domestic success. 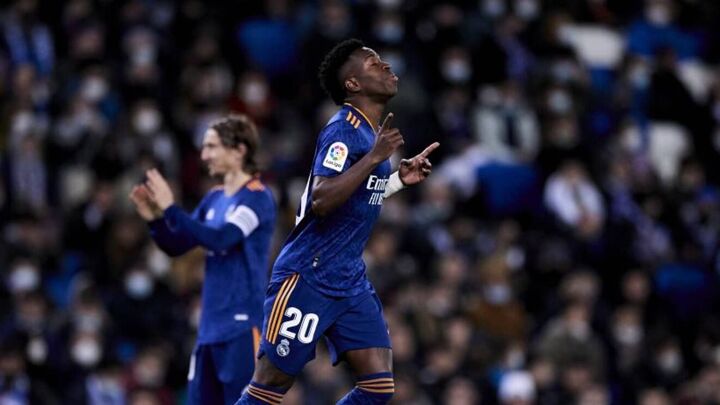 Los Blancos are currently 10 points ahead of reigning champions Atletico Madrid, who lost 2-1 to Real Mallorca on Saturday, and currently have one game in hand.

Despite Karim Benzema limping off the pitch against Real Sociedad with an injury early in the first half, Real Madrid produced a dominant display away at La Real and grabbed all three points on the road.

Following their victory at the Reale Stadium, Carlo Ancelotti's team are top of the LaLiga Santander table, eight points ahead of Sevilla, nine ahead of Real Betis and 10 ahead of Real Sociedad and Atletico Madrid, with Barcelona a whopping 16 points adrift the leaders.

Los Blancos have managed 16 wins, three draws and just two losses in their 21 games thus far. In fact, they have been in great form since last February as they have won 71 percent of their games (Played 45, 32 wins, 10 draws, 3 losses).

Meanwhile, Real Madrid's loss to Espanyol this season has been their sole defeat in the last 34 games, in which they have registered 25 wins and eight draws.

This means that Real Madrid have picked up 83 points of the 102 which were up for grabs and this season they have 39 points out of the 48 available.