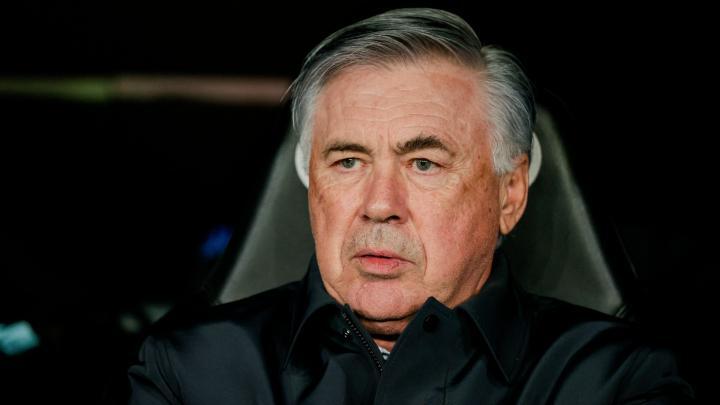 Real Madrid head coach Carlo Ancelotti insisted there is still a long way to go in the LaLiga title race after Los Blancos moved eight points clear ahead of next week's derby.

Vinicius Junior and Luka Jovic scored in the second half as leaders Madrid defeated Real Sociedad 2-0 away from home on Saturday.

After defending champions Atlético Madrid were stunned 2-1 by Real Mallorca earlier on Saturday, Ancelotti's men are now 10 points above their city rivals heading into the December 12 derby.

Long way to go for Madrid

However, Ancelotti knows there is still plenty to play for after 16 rounds, with Atlético boasting a game in hand, while Sevilla – who have also played a match less – sit second in the standings.

"I think it was just a good day for us," Ancelotti told reporters. "The league continues and results have shown that we still know there are a lot of teams that are competing at a high level in this league, but they are very even matches, we're competing at a good level as well.

"Hopefully we can continue. And as for Karim [Benzema], he had a bit of pain early on in the game and he didn't want to aggravate any possible injury, so we opted to replace him. We'll see how he feels in the next few days, but I don't think he'll be able to play on Tuesday, but he could be fit for Sunday."

Pressed on people labelling Madrid champions already and whether it is exaggerated, Ancelotti replied: "Yes, because we are a team that's fighting for the league title and we are first.

"So today's game is a good performance, but we have to work well in our next fixture. I'm thinking about our next game against Inter [in the Champions League]."

Madrid will welcome city rivals Atlético to the Santiago Bernabéu in their next league fixture and Ancelotti added: "We are confident because it's a special game as well, because a derby is always a special game, and in these kind of games there are no favourites.

"So we're going to show our quality against their quality. I think it's going to be a great game, a complicated game as well. And we'll see what happens."

Madrid are the first team from Europe's top five leagues to have two different players with 10 or more league goals this season – Karim Benzema 12 and Vinicius 10.

Vinicius scored the earliest second-half LaLiga goal (46:47) for Madrid away from home since December 2010, when Angel Di Maria netted at Real Zaragoza (46:36) thanks to an assist from Xabi Alonso, the current Real Sociedad B manager.

Meanwhile, Jovic – who replaced the injured Benzema – was also impressive after teeing up Vinicius' opener before scoring a goal of his own.

The last time Jovic had a goal and an assist in the same league game was for Eintracht Frankfurt against Hannover in the Bundesliga in February 2019.

It also meant the Serbia international forward scored and assisted in the same game for the first time in all competitions (41 appearances) and was involved in the same number of goals than in his previous 22 games (one goal and one assist in 462 minutes).

Madrid midfielder Luka Modric praised Jovic, saying: "He put in a very good performance. He provided an assist and scored after having gone a long time without playing. He showed that we can count on him. We're very pleased with his performance and his goal."