Transfer expert Fabrizio Romano has named the Premier League midfielder that Barcelona manager Xavi Hernandez has a 'real obsession' with. 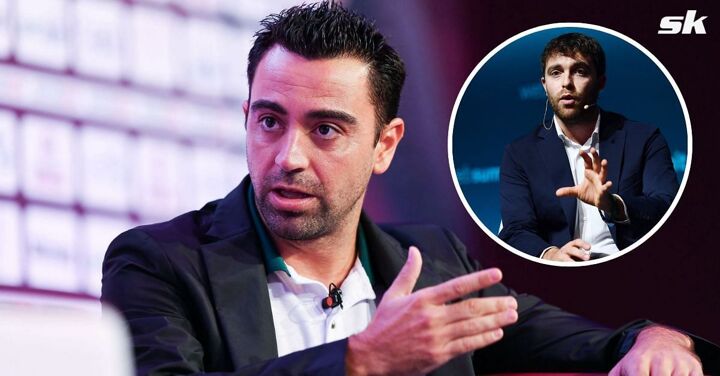 The Portuguese international also started the majority of City's Premier League encounters as they secured their fourth top-flight title in five years.

Silva has been linked with a move away from the Etihad Stadium this summer. However, Romano has claimed that Barcelona would need to pay a huge fee if they were to secure the world-class playmaker. He went on to state that the move would be dependent on Frenkie de Jong's future.

"And then Xavi's real obsession is Bernado Silva. He's a player he loves. But it depends on the Frenkie de Jong thing. If Frenkie goes to Manchester United, then Bernado can be an option. If not, I think it will be very complicated to find an agreement with Manchester City. They want around €85-90m for Bernado Silva. So not easy negotiations for Barcelona.”

The 25-year-old midfielder has become a key part of Xavi Hernandez's midfield three since the Blaugrana legend became manager in November last year.

However, the Catalonian club are in deep financial trouble. They may have to sell an asset to raise some funds, with Erik ten Hag reportedly keen to bring De Jong to Manchester United. Romano claims:

"It's not easy because Barcelona were pretty clear in the last meeting with Man United. They told them that they will not accept 60 million euros or 70 million euros with bonus payments.”

"They want 86 million euros. That's exactly what they invested in for Frenkie de Jong a few years ago. They want the same money. And another point they need to understand is how much they can reinvest considering La Liga rules."