Football hooliganism is rarely too much of an issue in Spanish football, but things spilled over on Saturday in the Segunda Division. 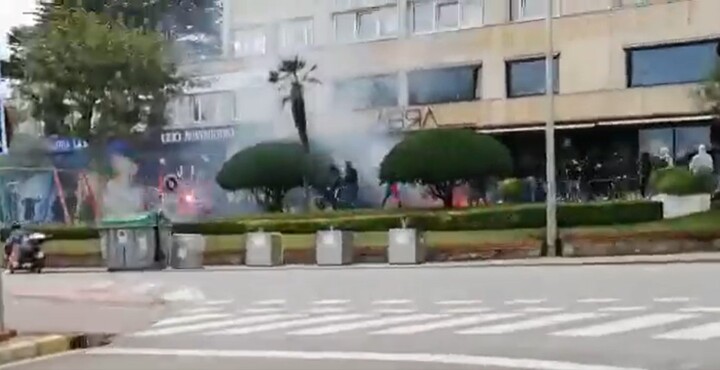 Malaga were visiting Racing Santander in a battle between two large teams with struggling at the bottom.

However in the build-up to the match violent fighting broke out between the travelling Malaga fans and the local Racing support. Videos show a fight outside a cafe-bar on a main road between the two groups, with flares and chairs being launched.

It is the second such case to befall Santander, after a similar incident occurred during the visit of Real Oviedo last month.

As per Diario AS, there are no injuries. The Madrid daily suggest that the two groups had arranged the fight. Both clubs were swift to condemn the violence publicly in an incident that showed nobody in a good light. The match itself ended 0-0, summing up frustrating day for all involved.