The Belgian media were split between disappointment and self-mockery after seeing their country fall to a devastating defeat to France in the Nations League semi-final. 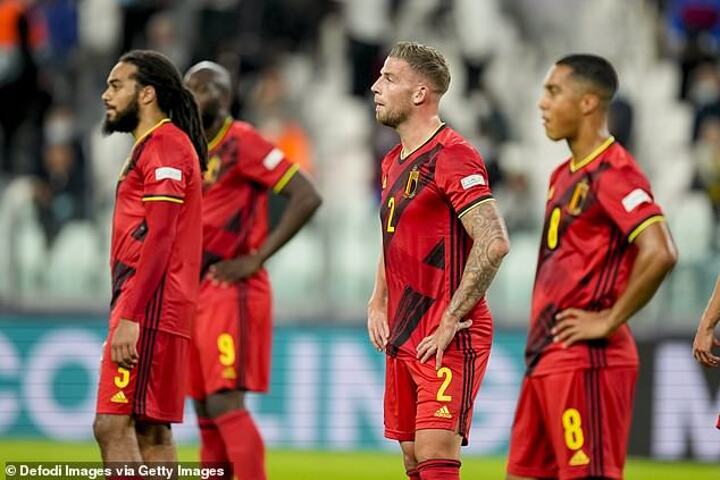 But nearly all of the outlets played on the team's Red Devils nickname, evoking a range of satanic imagery in their reaction to the defeat by Didier Deschamps' men, more than three years after their World Cup semi-final defeat by the same opposition.

La Derniere Heure described Roberto Martinez's men as 'devils with two faces who reinforced doubts', while Le Soir regretted that Les Bleus 'crucified the Devils at the end of the match', resulting in Belgium 'not having exorcised their French demons'. 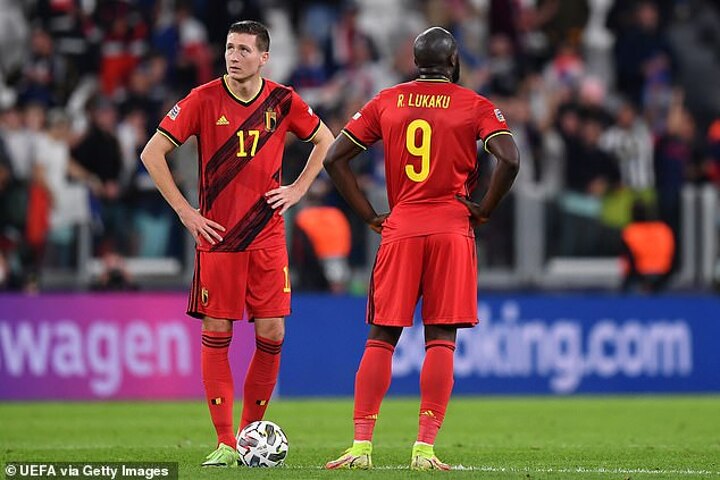 The latter also bitterly added: 'Goodbye to the final against Spain and hello to the reunion with Italy for a consolation which will bear its name badly.'

As it turned out, that consolation in the form of the third-place play-off did not go to plan either despite an improved performance, with Charles De Ketelaere's late strike not enough to overturn Nicolo Barella and Domenico Berardi's earlier efforts.

And while there was no commensurate outrage - in part at least due to the fact the major prize was no longer attainable - following the defeat by Roberto Mancini's men as there was against France, it was no less another bitter pill for them to swallow.

Belgium remain the only side to top the FIFA rankings without claiming a major trophy. They have maintained that status as the No 1 side in the world for more than three years, but they have yet to demonstrate their apparent superiority with silverware.

Their best finish under their Spanish boss is winning the third-place play-off against England at the 2018 World Cup, but following that tournament Italy and France have played party poopers for the main prize at Euro 2020 and in the recently-concluded Nations League. 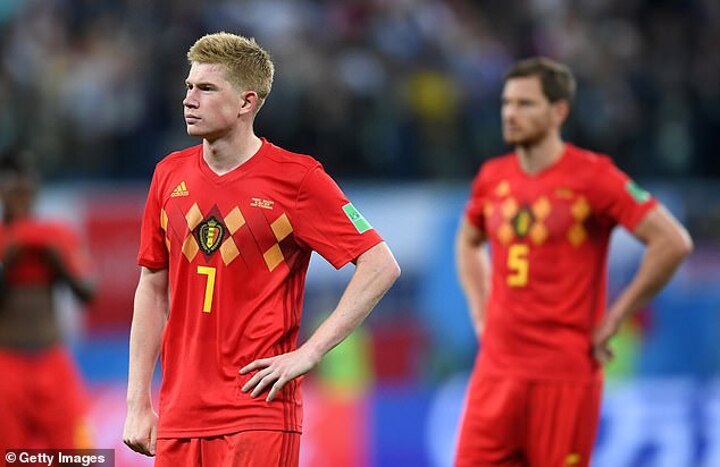 The focus ahead of next year's World Cup in Qatar has, however, quickly shifted to the increased pressure that their so-called 'golden generation' is facing to ensure the quest for that so far elusive trophy does not go unfulfilled.

'It is the responsibility we feel to our fans and the way this generation wants to bring silverware in such a desperate manner,' Martinez said.

'In the second half, we were a little too emotional. Maybe we were thinking a little too much about the final, about qualifying. We didn't do what we had to do. We let France come back.'

The Spaniard hinted his side were too desperate to end their hunt for an international trophy as a unit, and on the surface it is easy to see why.

Eden Hazard and centre-backs Toby Alderweireld and Jan Vertonghen have all earned more than 100 caps for their country but they have now all entered their 30s. 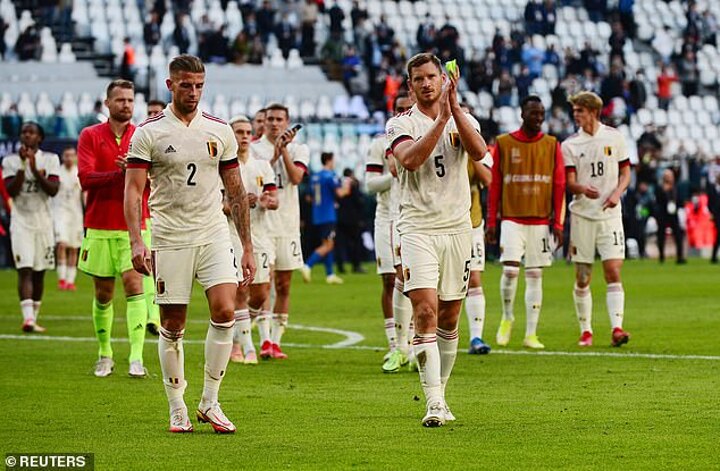 Manchester City star Kevin De Bruyne has joined them in that same age bracket and has made 85 appearances for his country. Those four players have 14 league titles between them at club level and are surely players who merit international silverware too.

But with time not on their side, where next for this set of players that appear to have been hindered, rather than inspired, by that 'golden generation' tag?

Well, according to De Bruyne, expectations should not be at the high level they appear to be set at in the first place, especially given the amount of potential but ultimately raw talent in their squad.

'We did well at times against some top teams and had many new faces who did more than a decent job today,' De Bruyne said after the Italy defeat on Sunday.

'It's good experience for them to be able to play against opponents of this calibre, but unfortunately we lost twice.

'With all due respect, playing against Estonia is not the same thing and these challenges are necessary for us to grow, both as individuals and as a team.

Most tellingly, he added: 'With all due respect, we are ''just'' Belgium. 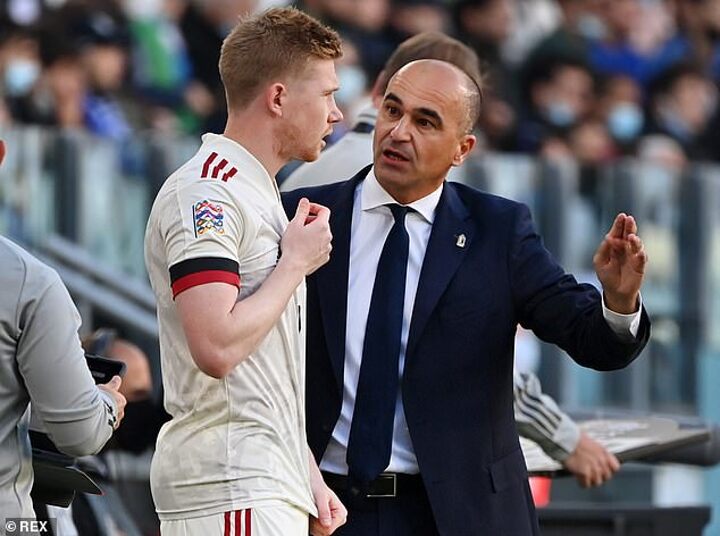 'It's a new generation, we were missing Romelu Lukaku and Eden Hazard today, so we have to be realistic about the team we have. Italy, France and Spain have 22 top players to choose from and we do not.'

A similarly downbeat tone was adopted by Het Nieuwsblad but towards the 'golden generation' in particular after the France defeat, concluding that it had 'without doubt said goodbye to all hope' of achieving glory.

To some extent, De Bruyne has a point. De Ketelaere, Jeremy Doku, Alexis Saelemaekers and Albert Sambi Lokonga are exciting prospects but players who will make their fair share of mistakes over the next few years as they develop.

However, none of those players were on the field when Belgium folded within 45 minutes to surrender a two-goal lead against the world champions, the most prominent point of concern for Martinez's men in the last week.

A line-up boasting the the likes of Lukaku, Yannick Carrasco - the duo who had netted the goals in Milan against the French - along with Hazard and De Bruyne, should not struggle to threaten when they are so comfortably in the lead.

That last adjective was the same one used by the Belgium official Twitter account, only for them to post 'maybe not...' as things started to go awry, in what has now been deemed a case of 'self-mockery' from its own account in the Belgian press. 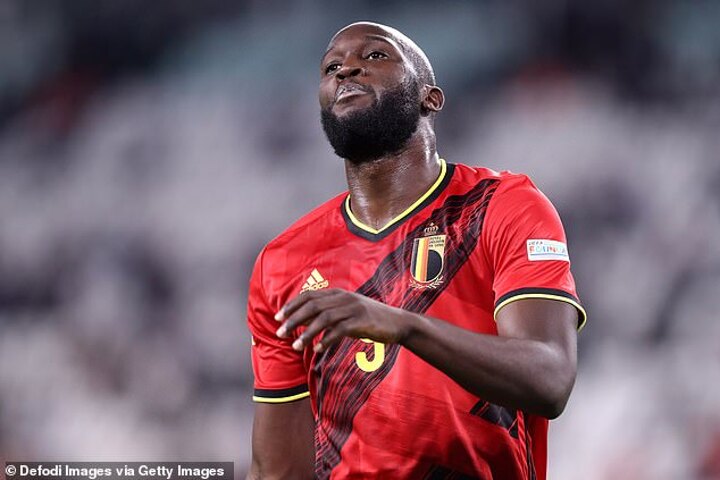 But more importantly, while Lukaku has been in excellent form for Chelsea and his finish against France was sublime, he has received little help in goalscoring from the likes of De Bruyne and Hazard in particular in recent games.

Little blame can be placed on De Bruyne given his brilliant return of nine assists in his 12 most recent games for Belgium, but even he would be disappointed with registering just three goals in the same period.

He turned up and delivered in the Nations League semi-final, but a look back at the World Cup semi-final in Russia proves that is not always the case either, although he is stunningly consistent at club level.

Real Madrid star Hazard's return is even more concerning among all his injury problems of the last couple of years, with just one goal in his nine most recent displays for his country.

Moreover, such a defeatist attitude will not be adopted behind closed doors, especially with somebody like Thierry Henry back among the coaching set-up until at least the World Cup.

But the problems of a creaky and leaky defence that wilted under the pressure of a French surge in the second half will be of equal concern.

After the Italy defeat, Martinez insisted the system employed was not conducive to their latest high-profile loss. 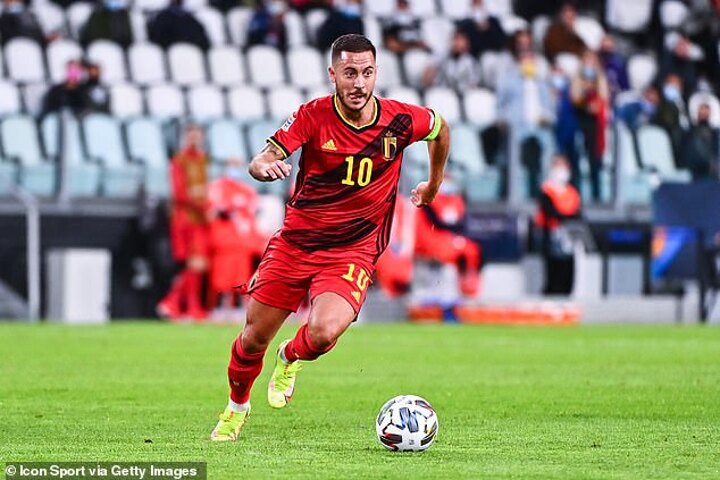 'Systems are not what makes a team win,' snapped Martinez when quizzed about his decision to persist with a three central defenders and wing-backs against Italy. 'It's the execution of systems and that comes from the quality of the players.

'You've seen a team today playing against the European champions and created more clear-cut chances and have a spirit to keep playing even when 2-0 down. We need to look a little bit further than results and be a bit more mature.

And once more, the former Wigan and Everton boss may have a point, even if the system does see Carrasco - a forward by nature and a vital weapon for Diego Simeone at Atletico Madrid - shunted into an awkward spot as left wing-back.

Simply put, Vertonghen is 34 and Alderweireld is 32. Not the age you want your defenders - unless they are named Leonardo Bonucci and Giorgio Chiellini - when facing the pace of Kylian Mbappe and Federico Chiesa.

Even in a back three, with the additions of Jason Denayer and Dedryck Boyata, it cannot replicate the impact Vincent Kompany had for his country. 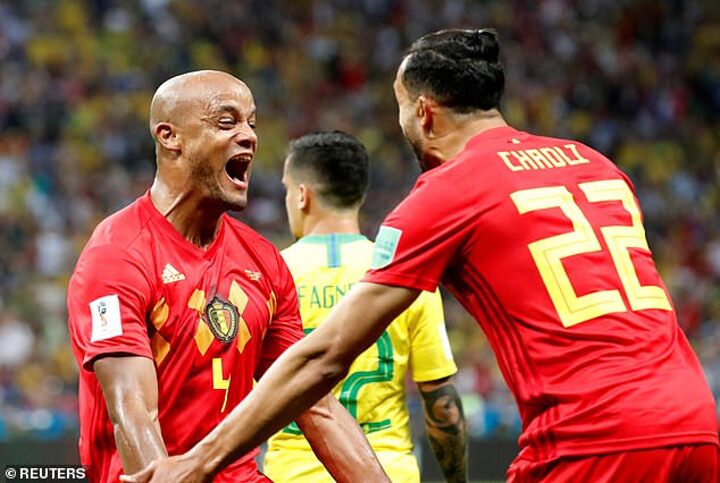 Youri Tielemans is an exceptional midfield talent but France's ability to overturn a two-goal deficit has to be partially attributed to a lack of control in the Belgian midfield too, especially with the experience of the likes of Axel Witsel.

The failure to make the most of the prime years of major players in a golden generation is a concept England fans are all too familiar with.

No manager including Sven Goran Eriksson could find a formula to extract the best form from both Steven Gerrard and Frank Lampard at the same time.

David Beckham, Michael Owen, Rio Ferdinand, Gary Neville, Ashley Cole and Paul Scholes were similarly part of a side that, like Belgium's, was made up of a series of Premier League winners.

But it was club rivalries, along with bad luck in penalty shootouts and expectations heightened beyond measure that probably contributed to the Three Lions' ongoing trophy drought stretching back to the 1966 World Cup.

Only the latter factor would probably apply to Martinez's men, but it is undoubtedly a point which needs urgently addressing. 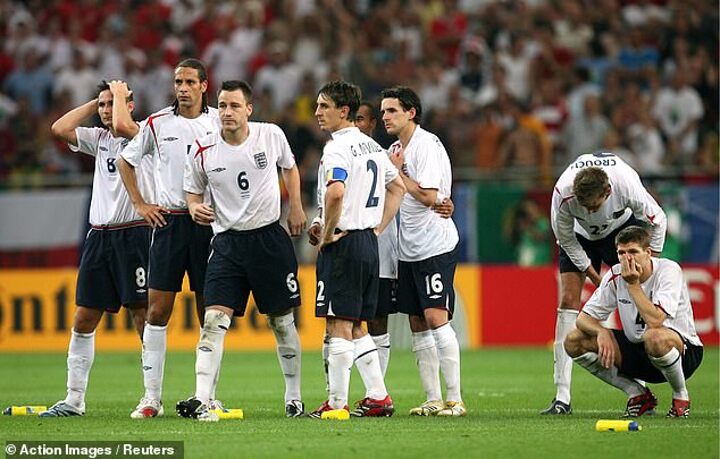 Belgium have arguably played 120 minutes of what would be classed below-par football in the two games each against Italy and France. Again Martinez appeared to agree, first stating after their Euro 2020 exit that it was not deserved.

Martinez then said on Sunday: 'Even if it is a defeat, on both sides of the field, we managed to be effective.

'I think we created more opportunities than Italy, we had a lot of chances. Until the last second, I had the impression that we could come back to the score.

'From a mental point of view, we controlled the match better in the second half than against France.'

But Martinez will surely recognise that a list of explanations and excuses - which also involved blaming the referee for the award of Berardi's penalty -  will eventually not cut it with Belgium fans, or players for that matter.

'Everybody needs to win a trophy,' De Bruyne said in 2018 ahead of the World Cup in Russia. 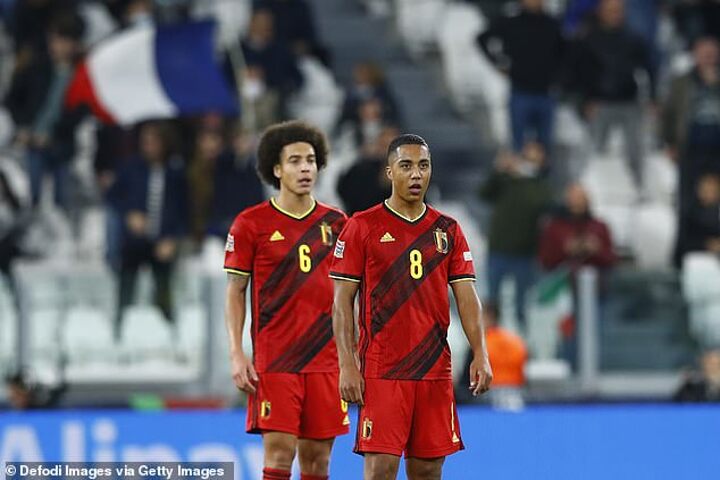 'Thirty two teams are playing in the World Cup. There are 15 teams that are wanting to win the trophy, so 14 teams are going to be disappointed. That's the way it goes in a tournament.

'Everyone tries to prepare the best as possible and in a tournament you need everything - a good group, good form, luck, good circumstances.'

That formula appears to have evaded Belgium thus far. They have entered every major tournament since 2014 among the favourites, but have progressed beyond the quarter-final stage just once at the last four competitions. Euro 80, when they lost to West Germany, remains their only ever final.

Speaking after the defeat by France, Martinez said: 'This is a competition in which we had to show our experience and all our hard work of the past five years. The disappointment is huge because the hard work and all the efforts the team has put in has been thrown away.'

Should they similarly fail to capitalise on the opportunities of the next few years, the Red Devils will find it extremely difficult to not find themselves listed among the best ever sides to never win anything.