Real Madrid finished their second week of training with another demanding session led by Zinedine Zidane, who chose Saturday as the day to squeeze the most out of his players. 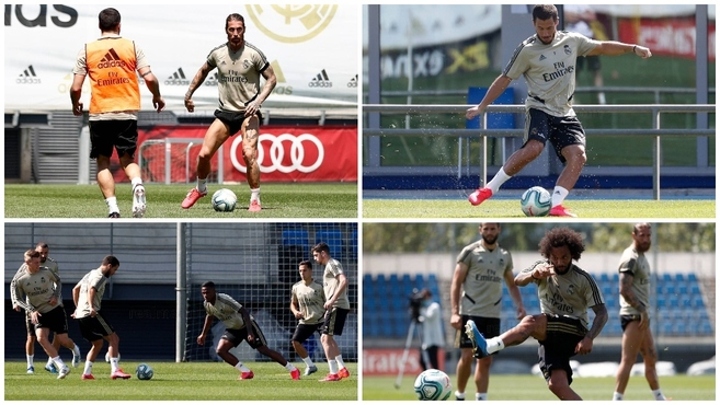 Not even the heat made the Frenchman take his foot off the gas before the Real Madrid squad have their second day off since this pre-season got underway. They will return to training on Monday.

Adhering to the measures set out by LaLiga and Spain's Ministry of Health, the Real Madrid players alternated between working with the ball and running through the Valdebebas complex.

From a tactical point of view, Los Blancos' squad worked, always in groups of 10, on pressing and possession exercises, always with fitness coach Gregory Dupont and Zidane himself encouraging them to work at maximum intensity.

Zidane also set up several small-sided games and had his players do shooting drills in the final stretch of the session, an exercise that is always appreciated by the players and in which the intensity began to drop after a very hard week of training.

The best news is that Luka Jovic and Mariano Diaz were working on the sidelines, so Zidane may soon be able to welcome them back into the fold.