The Champions League group stage has now reached its last dance, with just one round of matches remaining for Europe's big guns to seal a place in the knockouts. 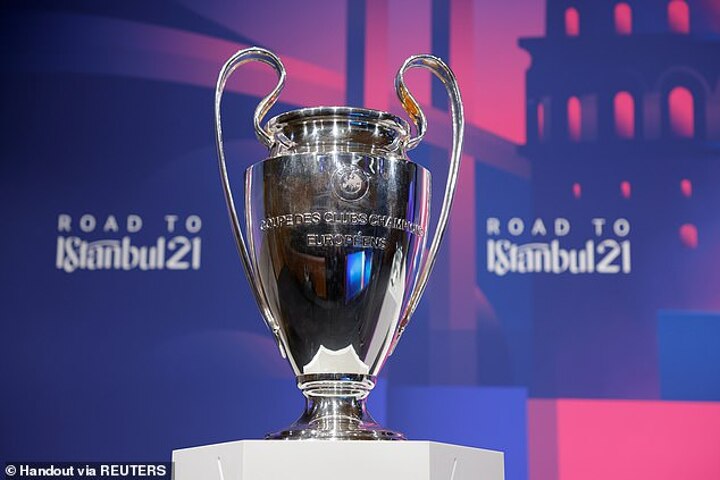 Manchester United successfully put the sacking of Ole Gunnar Solskjaer behind them to secure top spot in Group F thanks to goals from Cristiano Ronaldo and Jadon Sancho.

Caretaker boss Michael Carrick oversaw the 2-0 win over Villarreal and United have secured safe passage through to the last-16 as a group winner.

Chelsea are also through but have work to do to top their group given they go over to Russia to face Zenit level on points with Juventus, who they pummelled 4-0 at Stamford Bridge in the last round of games.

Most fascinating is Group G where all four teams go into a winner takes all final round with both spots in the knockout stages still up for grabs.

With one round remaining in this year's Champions League group stage, Sportsmail takes you through the state of play.

Given PSG's eight-point total they cannot be caught and so will go through as runners-up.

But don't be fooled that the final round of matches are merely dead rubbers - far from it. 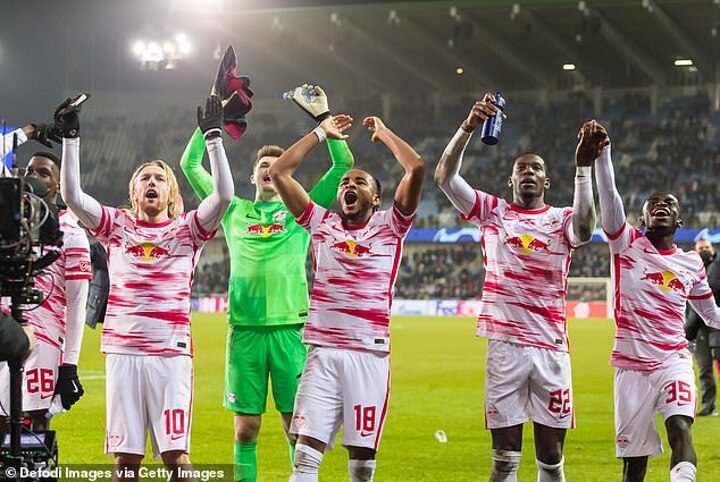 Leipzig absolutely thrashed their Belgian rivals on matchday five with, ironically, a 5-0 win in Brugge.

That hauled Jesse Marsch's side level on points with four and it will go down to the deciding round to sort out which of them will still have European football in the new year.

The task looks more daunting for Brugge given they have to go on the road to Paris and the Parc des Princes.

For RB Leipzig, they will hope City already have one eye on the knockout stages and Pep Guardiola shuffles his pack just enough that they can pull out a result. Both games keep their edge, keeping the interest alive.

Group B is set for an enticing finale, with three teams of huge historical significance still fighting for a runner-up spot.

It was billed as the 'Group of Death' when the draw was made and yet Jurgen Klopp's Liverpool have been perfect with 15 points out of a total 15 available.

Another fabulous display in a 2-0 win over Porto means the trio behind them all still stand a chance of that desired second place spot.

AC Milan looked down and out midway through this group stage but a 1-0 win away at Atletico Madrid in matchday five has given them a shot in the arm and there are signs of life in the Italian city. 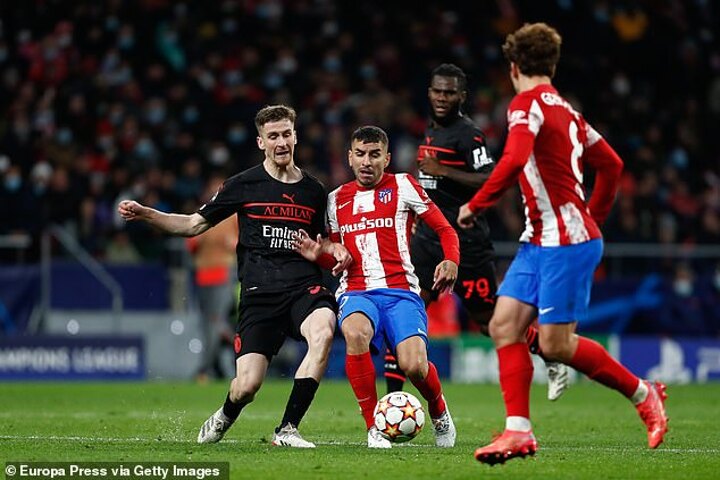 As for Atletico, well, it's all starting to go wrong.

Bottom of Group B and looking shorn of any confidence, Diego Simeone's side need a mental reset before they head over to face Porto in Portugal on December 7.

They will have to hope that they beat Porto on the road and that Liverpool, even with rotation inevitable, get some sort of result away in Milan.

Second, third and fourth spots remain fluid and it promises to be one of the most interesting finales of the final round of matches.

Similarly to Liverpool, Ajax have also gone five for five in this group stage with Sebastian Haller appearing inspired once more.

His two goals against Besiktas stole victory from the Turkish side and ensures they remain pointless heading into the final round of games.

Group C is the first so far where there is nothing left to play for.

Borussia Dortmund's loss at the hands of Sporting Lisbon was the final nail in their Champions League coffin this season as they drop to the Europa League.

Victory in the final round would not be enough as Sporting, who sit three points ahead of them, hold the head-to-head record. 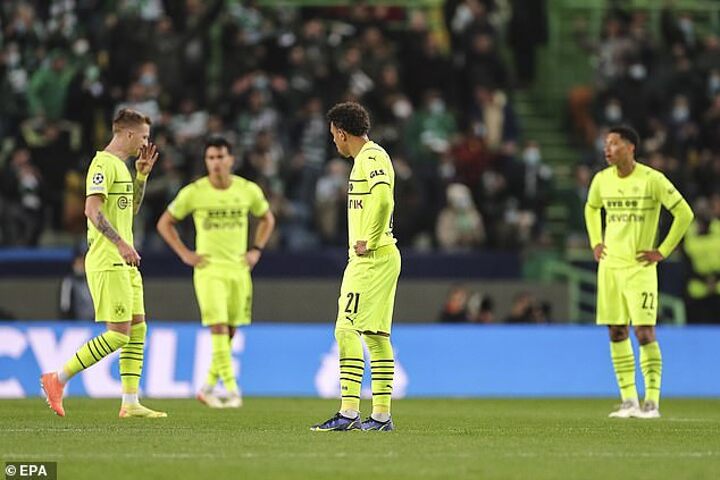 'Even with 10 [men] we were better than they were. They did little but still won 3-1. It was a terrible evening. We are eliminated and that is the truth.'

Dead rubbers all round to round of Group C - not set to be a classic.

It did seem to good to be true and so it proved - Sherrif Tiraspol will not pull off the herculean effort to reach the knockout stages of the Champions League.

Wins in two of their first three games was staggering but a 3-0 home loss to Real Madrid this week confirmed they will be dropping into the Europa League in 2022.

Fear not, though, there is still the small matter of finalising who will secure top spot in Group D.

Simone Inzaghi's Inter Milan have looked to steady the ship and they go to Spain in a winner takes all clash with Real for top spot.

Carlo Ancelotti's side are in firm control and know that spot will be theirs if they can simply avoid defeat at the Santiago Bernabeu.

The only blemish on Real Madrid's Champions League record this season came at home in a famous loss to Sherrif Tiraspol.

Since then they do look to have learned their lesson and so Real Madrid v Inter Milan to round out the group stage is one to hook in the neutrals, for sure.

How Xavi will be ruing the fact Barcelona could not get the job done at home against Benfica.

Hopes of progressing to the knockout stages of the Champions League - which is of paramount importance given the club's perilous financial state - hang by a thread with just a two-point gap between themselves and Benfica.

Only, in the final round, Benfica host rock Dynamo Kiev in Portugal while Xavi's Barcelona must go to Germany to face a Bayern Munich side that have won every game in the group so far. Far from ideal. 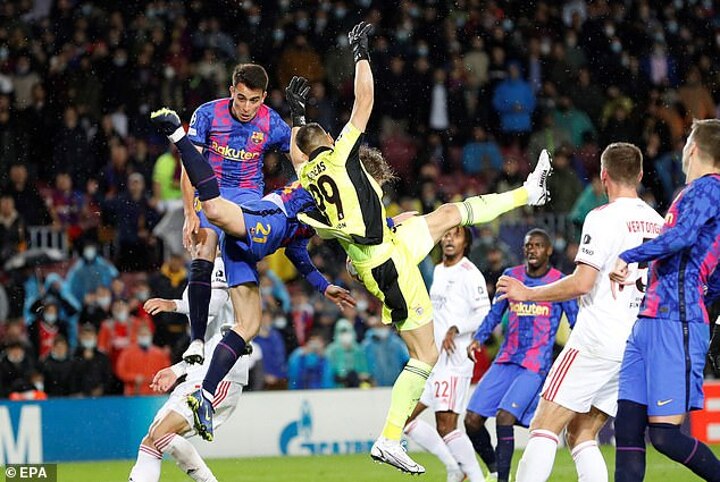 Barcelona got schooled in the reverse with Bayern, going down 3-0 at the Nou Camp thanks in large part to a brace from Robert Lewandowski.

Dynamo Kiev have nothing but pride to play for and so there will be some nervous checks on events in Lisbon if Barcelona find themselves behind in Munich.

Nothing less than a win suits Benfica if they are to go through.

The financial importance in progressing to the last-16, when they have budgeted for the quarter-finals, cannot be understated for Barcelona. Victory would be a huge feather in Xavi's cap, too.

So, Ole is no longer at the wheel but United are driving on into the last-16 as a group winner after a resolute 2-0 win over Villarreal in matchday five.

Given Atalanta's surprising slip-up in Switzerland against Young Boys, no side in Group F can now surpass the 10-point total of Manchester United.

Villarreal, who are the only side capable of matching it, lost twice to United and so cannot get top spot by virtue of the head-to-head.

Young Boys cannot get into the top two due to the head-to-head record and so they are targeting a Europa League spot, provided they can pull off the double and get a win over United at Old Trafford. 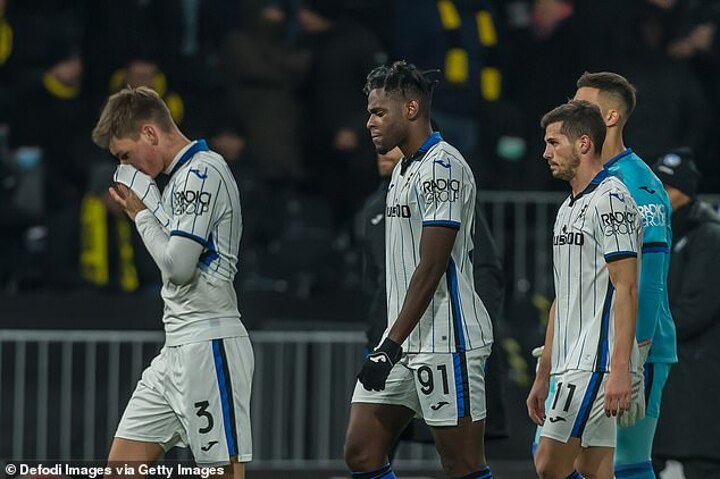 Group F will come down to a straight shootout between Unai Emery's Villarreal and Gian Piero Gasperini's Atalanta in Bergamo on December 8.

Villarreal know that they will go through provided they avoid defeat in Italy. They are guaranteed a top three finish and so will drop into the Europa League if they lose.

Atalanta on the other hand need to win if they are to join United in the next round.

A draw will be enough for the Italians to enter the Europa League but a defeat - coupled with a Young Boys win - will see the Swiss side leapfrog them into third.

Perhaps the most intriguing group of all going into this final round.

Many scoffed when the draw was made that this would be the least interesting group and yet all four teams remain in play and with hopes of the last-16 with a game to go.

Bundesliga side Wolfsburg are currently bottom but they will qualify in the top two if they can beat Group G leaders Lille at home.

It is a far different prospect for the reigning French champions as they just need a point against Wolfsburg to progress. Lose, however, and they are out. 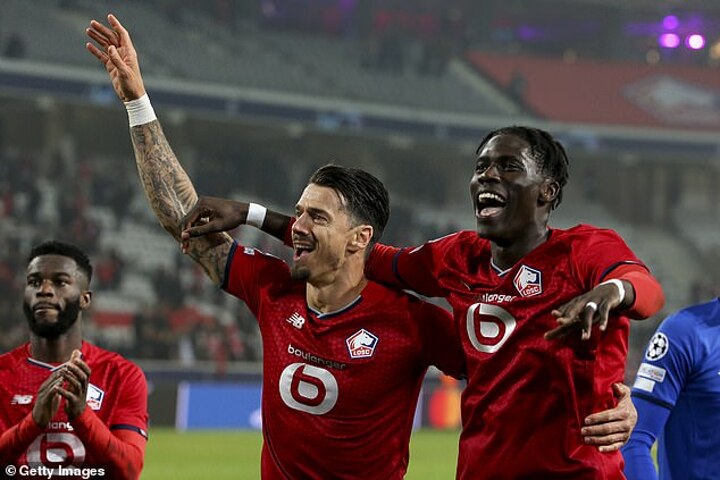 RB Salzburg currently sit a point adrift of Lille with seven and they must avoid defeat at home to Sevilla in their match to ensure they progress to the next round.

Much was expected of Julen Lopetegui's Sevilla and while they have the means to do so they will have to win to leapfrog Salzburg and into the last-16.

The LaLiga side will still hold onto belief that they can get top spot, never mind second, and know they will finish first provided they win and Lille lose, given Sevilla hold a head-to-head over Wolfsburg.

There is only one thing left to sort in Group H and that is who will finish it as the winner.

Chelsea produced an emphatic 4-0 drubbing of Juventus at Stamford Bridge this week but it is the Blues with the more daunting final round match, with Thomas Tuchel's side off to Russia to face Zenit.

Victory over Juventus, and by such a margin, means that Tuchel's side will finish first in three scenarios: if they win, if they draw and Juventus do not win, or if Juventus lose at home to Malmo. 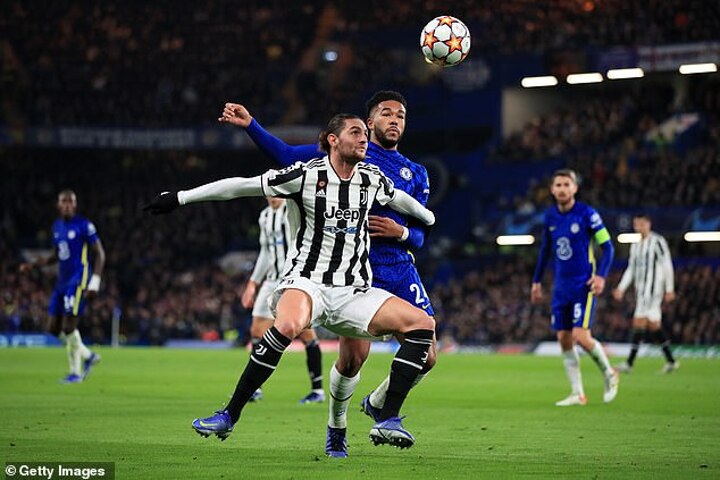 Malmo have no possibility of climbing off the foot of the group after Zenit salvaged a 1-1 draw to end the Swede's hopes of having European football to look forward to next year.

This will all come down to two games that have plenty riding on it.

With the seeded teams - all group winners - away in the first legs and holding home advantage for the deciding second leg, neither Chelsea boss Tuchel or Juventus boss Massimiliano Allegri will want their sides to take the foot off the throttle.

When is the Champions League last-16 draw?

It will be held at the House of European Football in Nyon, Switzerland and will get underway at 11am in the UK.

The draw will consist of the eight group winners - seeded teams - and the eight runners-up. The seeded side will play away in the first leg.

No teams from the same nation can be drawn against each other at this stage of the competition.