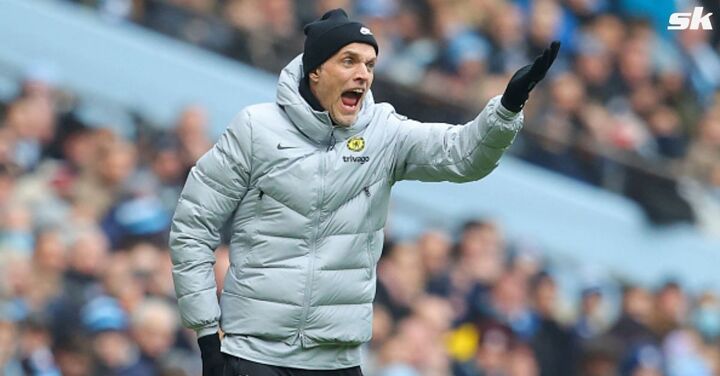 As per Gazzetta dello Sport (via Sport Witness), Ziyech is rumored to be "following in the footsteps" of his now former teammate Romelu Lukaku. Lukaku joined Inter Milan on loan from the Blues in the ongoing transfer window, having arrived at Stamford Bridge from the Serie A club only last summer.

The Belgian scored just 15 times in 44 matches across all competitions during the 2021-22 season. Lukaku struggled to fit into Thomas Tuchel's system, with his explosive interview with Sky Italia not helping his case either.

The report added that Ziyech has "little connection" with the "inflexible" Tuchel. He has reportedly asked the Premier League giants' hierarchy for a move away from the club to give his career some "new impetus."

AC Milan are reportedly one of the clubs interested in helping the Moroccan leave Chelsea. As per Corrierre dello Sport (via Sport Witness), the Rossoneri have put holding talks with the Blues on their agenda. However, Ziyech's salary demands could act as a hurdle to a potential transfer.

The Moroccan notably has a contract running until the summer of 2025 with the two-time UEFA Champions League winners.

Hakim Ziyech has struggled to perform consistently since joining Chelsea

Ziyech arrived at Chelsea from AFC Ajax in the summer of 2020 for a fee of around €40 million according to The Athletic. Fans were excited about his arrival thanks to his exploits for the Dutch club, but the 29-year-old never really seemed to settle in at Stamford Bridge.

Injuries and inconsistency limited him to just 23 starts across all competitions in his debut campaign. That number improved to 27 last season, but his overall output has simply not justified the fee the Blues paid to bring him to the club.

Overall, Ziyech has made 83 appearances for Chelsea across all competitions. He has netted 14 goals and laid out 10 assists in those games. The forward has lifted the Champions League, UEFA Super Cup and FIFA Club World Cup during his time with the Blues.