Barcelona star Lionel Messi is set for a record-equalling Clásico appearance when the Blaugrana take on arch rivals Real Madrid on Saturday. 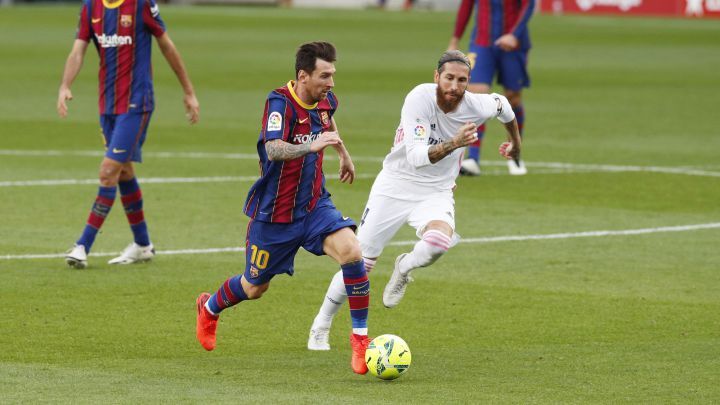 Barcelona’s LaLiga visit to the Estadio Alfredo di Stéfano on Saturday will see club great Lionel Messi appear in his 45th career Clásico against arch rivals Real Madrid… and it could potentially be his last.

Messi, who attempted to leave Barça last summer before finally remaining at the Camp Nou, is out of contract with the Blaugrana at the end of June, and is yet to confirm whether he intends to renew his deal or call time on his 17-year stay in the Catalan giants’ first team.

Messi set for another Clásico record on Saturday

Since his first appearance against Madrid, on 19 November 2005 - a Ronaldinho-inspired 3-0 Barça win that is chiefly remembered for the Bernabéu home fans’ applause for the Brazilian - Messi has racked up a few Clásico records, and is set to add another this weekend.

Having already scored more goals - 26 - and supplied more assists - 14 - than any other player in Clásico history, Messi will draw level with Sergio Ramos as the fixture’s highest ever appearance maker, with the Madrid captain unable to play because of a calf injury. 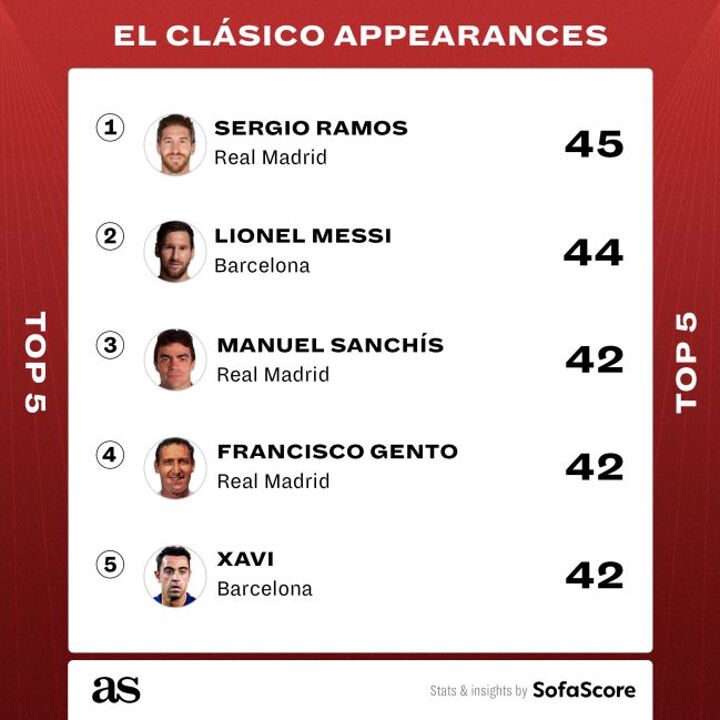 Messi’s Clásico goals haul far outstrips that of the game’s next-highest scorers, Madrid legends Alfredo di Stéfano and Cristiano Ronaldo, who both managed 18 in their time at the Bernabéu. Meanwhile, Barça’s second-top Clásico marksman is César Rodríguez, who netted 14 times against Los Blancos.

The six-time Ballon d’Or winner also shares the record for the most Clásico hat-tricks: together with Jaime Lazcano, Santiago Bernabéu, Paulino Alcántara and Ferenc Puskas, he is one of just five men to have registered two trebles in the fixture.

Over the course of Messi's career, only three clubs - Sevilla (38), Atlético Madrid (32) and Valencia (28) - have conceded more goals scored by the Argentine than Real Madrid.

However, Messi is currently on something of a drought in games against Madrid. Indeed, he hasn’t scored in his last six Clásicos - his joint-longest goalless streak in the fixture. The 34-year-old’s most recent strike against Los Merengues came in a 2-2 LaLiga draw in May 2018.

That said, the forward’s recent form means you’ll get short odds on him avoiding a seventh straight Clásico without scoring. Since the turn of the year, he has bagged 19 goals in 20 games to help Barça close the gap on LaLiga leaders Atlético and book their place in the 2021 Copa del Rey final.

Saturday's Clásico stands to have a significant bearing on the LaLiga title race - not least after Atlético ceded further ground at the top of the table last weekend, losing to Sevilla while Barcelona and Real Madrid, who sit second and third, respectively, both won.

In the wake of Atleti’s loss at the Estadio Ramón Sánchez-Pizjuán, indeed, Barça can now take a provisional, one-point lead at the top of the table if they defeat Madrid. At the start of February, Ronaldo Koeman's men were 11 points adrift of Atlético.

Meanwhile, a win for Madrid would see them move level on points with Atleti, ahead of Los Rojiblancos’ clash with Real Betis on Sunday evening.

You’ll be able to follow live-text coverage of Saturday’s Clásico with AS English. We’ll be building up to the game from about an hour ahead of kick-off, before taking you through all the action at the Di Stéfano.