Juventus host Atalanta in Serie A on Saturday, looking to bounce back from a European humiliation in midweek. 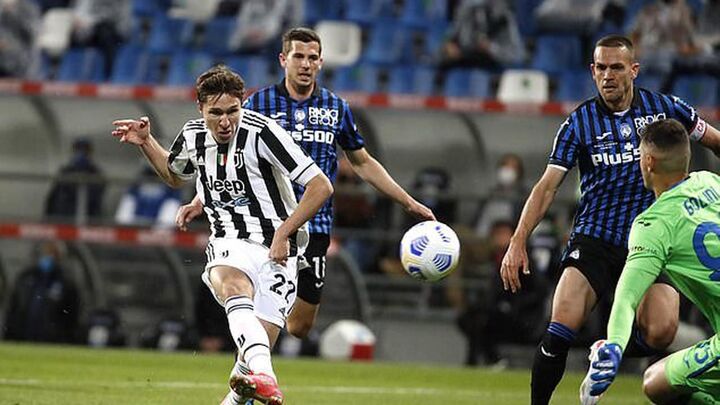 The Bianconeri were thrashed 4-0 by Chelsea in the Champions League on Tuesday, which ended their winning run in the group.

However, on the league front, things are looking on the up again, with Massimiliano Allegri's side winning their last two games without conceding.

That included a 2-0 victory away to Lazio last weekend, who were on a 19-game unbeaten streak at the Stadio Olimpico.

Atalanta, too, endured a tough evening against Young Boys a day later, with Luis Muriel scoring in the 88th minute to secure a 3-3 draw in Switzerland.

With 25 points from 13 games, Gli Orobici are in fourth place in the league standings, four points above Juventus, who're down in eighth.

Juventus have won 30 of their last 44 clashes with Atalanta, who've beaten them only five times during this period, drawing nine.

The sides have met twice in the calendar year. Atalanta won 1-0 at home in the league before Juventus exacted revenge in the Coppa Italia finals with a 2-1 victory.

Federico Bernardeschi (thigh) and Aaron Ramsey (muscular) will remain sidelined while Danilo is reported to remain out for eight weeks after sustaining a muscle injury.

But in a selection boost for Allegri, Giorgio Chiellini and Mattia De Sciglio are expected to be available for Saturday, according to TuttoSport.

Paulo Dybala and Dejan Kulusevski both came off the bench in the defeat to Chelsea, and are expected to return to the starting XI here.

Robin Gosens, Hans Hateboer and Matteo Lovato have all returned to training from injuries but only Gosens is rumored to feature in the matchday squad, according to TuttoSport.

Luis Muriel has scored off the bench in of their last two games in all competitions. However, Gian Piero Gasperini may still opt to start the established pair of Josip Ilicic and Duvan Zapata in attack.

Juventus are eager to put the Chelsea rout behind them and it won't be a surprise if they go all out on Saturday.

Atalanta are a good side but they've conceded plenty of goals lately. They have let in 10 goals in their last five games to be precise and it's these defensive frailties that could be their own undoing.