Barcelona’s latest signing, Frank Kessie, was commonly known as “The President” at his former club AC Milan. While the Ivorian is a majestic player, there must surely be more to the nickname than his executive control in the middle of the park? 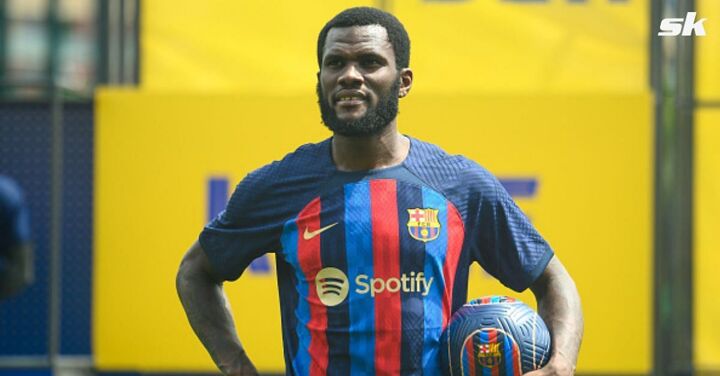 Fortunately, the latest Blaugrana signing shared the origin of the iconic nickname he got during his time with the Rossonerri, saying (via Barca Blaugranes):

“They called me that at Milan because one time I arrived in my car at the training facility and I parked where the president parked.

“The security guard came over and told me to park it somewhere else. So, after that time they starting calling me the new president!”

While the midfielder made a mistake finding the right parking spot that day, he barely set foot wrong for the Lombardy-based club. His dominant performances in the Milan midfield helped the side to their first Scudetto in 11 years.

Following the expiry of his deal at Milan and his inability to reach an agreement with Milan following their league triumph, he now arrives in Catalonia with a similar remit. "The President" will be tasked with breathing life into a Barcelona side that has lost its place as one of the best sporting units of all time.

Kessie will hope he can repeat his performances at Camp Nou and help Xavi steer the Catalan side back to glory. If he can replicate his success at Milan with the Blaugrana, “The President” might just be allowed to take current Barcelona president Joan Laporta’s parking space too!

Barcelona are signing new players, but they're also intent on renewing contracts of their key players. While Ousmane Dembele is now a free agent, having been unable to agree on a deal, the club are confident of signing youngster Gavi.

The teenage midfielder has taken the world by storm with his consistent performances on the big stage for the Catalan giants. Although his contract is set to expire next year, Barcelona are not willing to lose the star to top clubs who have their eyes on him.

The Camp Nou hierarchy are intent on securing their talent on a long-term contract, and director Mateu Alemany has noted that both parties are set to agree on a deal.

"There is a framework agreement for the renewal of Gavi, with the player and with his agent.

"Gavi is going to continue at Barca, 100 percent."

He also explained that they will wait until Gavi turns 18 in August to sign the renewal.