Real Madrid face Atalanta on Wednesday in the first leg of their Champions League round of 16 tie and, on the eve of the game, Toni Kroos spoke to the press. 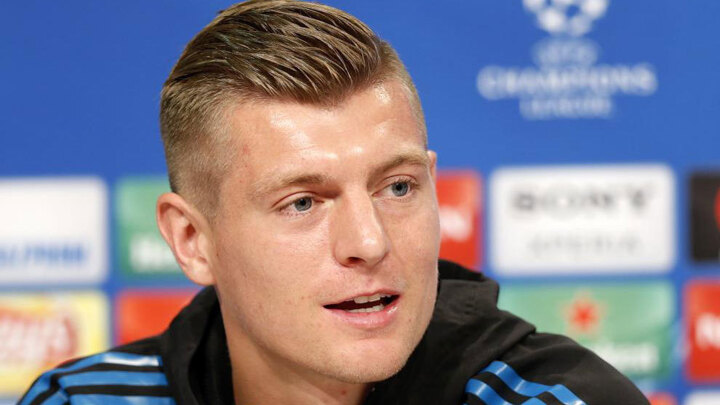 The German midfielder believes the opening clash between the two sides is like a final itself, urging maximum defensive caution against the free-flowing Serie A side.

"It is a final for us," he said. "The Champions League starts now. We know it is a difficult game and not only because of injuries.

"They are a great opponent and they play well. We have to control their game with the ball. And we are capable of doing something offensively, but you have to defend well."

Asked about who he would choose between Erling Haaland and Kylian Mbappe, Kroos believes the best option lies at home.

Despite acknowledging the young duo's quality, the German insists such talk is irrelevant ahead of Wednesday's game.

"They are two very good players and can help any team. The problem is that tomorrow they will not help me, because I am focused on my game," he stated.

"It is not for me to discuss. The other is a question for Florentino"

He hopes that the midfield trident of himself, Casemiro and Luka Modric will play an important role in the tie.

"I hope it will be difficult for the Atalanta coach to explain how we play," he said.

"In these games, all the positions are important. If we in the middle are together and control the game, this helps the team a lot. But it is not only about the central midfield."

He says that the three feel as motivated as ever to help the team.

"We have been {dominating} for many years and we want to carry this on," he said.

"Our idea is to be the best centre midfield to help the strikers and the defenders.

"We are playing for the team's success, not for people to say that we are very good."

Real Madrid have nine first-team players injured for the first-leg, including captain Sergio Ramos, and Kroos admits that this injury list is tough on his team.

"It is annoying to have so many injuries, of course," he said.

Despite these absences, he does not feel extra pressure about leading the side.

"I always try to give my opinion on and off the pitch and then I play the same," he said.

"My task does not change much because of the injuries, I always give my all for the team on and off the pitch."

The midfielder commented on the current standard of Spanish football, saying that despite the lack of European success at the moment, the teams are still as competitive as ever.

"For many years the Spanish have won in Europe, but at the moment, no.

"Each year we are all fighting to win and in general the level in Spain is good, and it is good again this year.

"This season it is very difficult to win LaLiga Santander matches, whereas before we used to win four, or five -nil. Now that is rare."