Skill, physicality, confidence and a wide-ranging game beyond his tender years - all attributes Manchester United thought they signed from Juventus back in 2016. 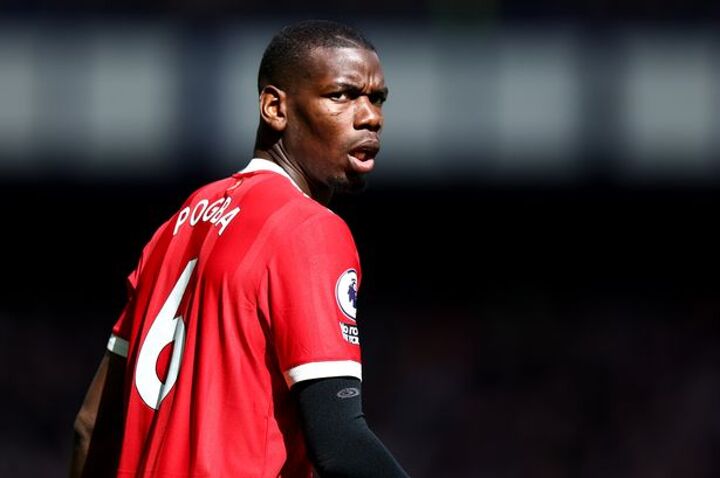 Paul Pogba was an enigma throughout his two spells at Old Trafford. His three managers - including the great Sir Alex Ferguson - struggled to work him out despite a World Cup winner’s medal and four Serie A titles pointing towards a world-class operator.

United fans expected a lot from a player their club stumped up a world record £90million for. However, the amount of games Pogba influenced throughout his six-year second spell can be counted on one hand.

There was barely any resistance from supporters in July when Juventus laughed all the way to the bank and signed Pogba from United for nothing for a second time. It is somewhat ironic that the Red Devils may have to shell out another record-breaking fee to sign the latest midfield dynamo sending shockwaves throughout world football.

Because Jude Bellingham, the 19-year-old who has been linked with an Old Trafford switch in recent months, is exactly that. A standout performer in England’s World Cup opener against Iran, Manchester Evening News understands United were chasing the midfielder as a 16-year-old.

Fast forward to the present and, despite still being a teenager, Bellingham is viewed as a world-beater. Nine club goals - a skill he has worked on developing this season - in 2022-23 have got pundits labelling him as the complete midfielder, with comparisons to Liverpool icon Steven Gerrard.

Scoring the opener for the Three Lions in a World Cup brought a domestic talent who plies his trade overseas to everyone's attention. England supporters - who have seen household names freeze on the big stage in the past - watched as a novice looked unfazed, oozing class to put himself in the shop window.

After the game, Bellingham already had his sights set on his next challenge. He said post-match: “It was a really proud moment for me (scoring the opener). Gareth (Southgate) told us to enjoy the win. It would’ve been a very different reaction if we hadn’t gotten that result - now we have to get ready for the next game.”

While the United States on Friday may occupy his short-term thinking, the Premier League is surely Bellingham’s eventual destination. The reality is that every top club in Europe will be chasing the Borussia Dortmund star once he signals his desire to leave.

In years gone by, this is a signing with United’s mitts smudged all over it. A young, English talent with the potential to develop into a superstar - akin to Wayne Rooney or Rio Ferdinand - used to see the Red Devils at the front of the queue should he become available.

Transfer policy in recent years has been questionable - look no further than Pogba’s second spell at the club. But Bellingham to Man United, with Casemiro alongside him, appears a perfect fit and should he choose to move to Old Trafford, he can achieve everything the Frenchman could not.