Rafael Leão has been linked with Real Madrid, but Stefano Pioli is looking forward to the winger hitting new heights for Milan. 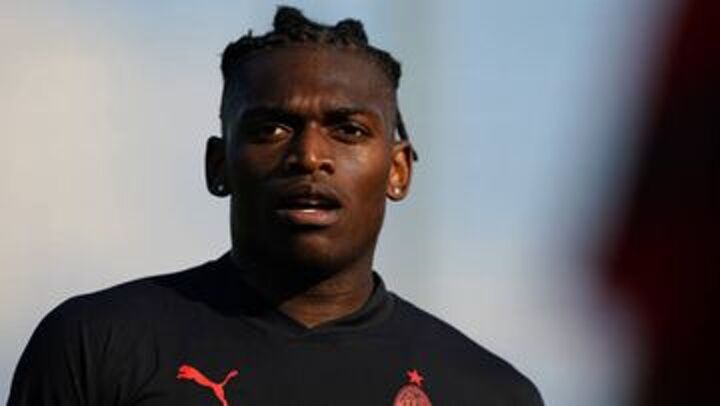 Stefano Pioli has no concerns about Rafael Leao’s future and wants Milan to make another two signings before the transfer window closes.

Leão played a big part in the Rossoneri’s first Serie A title triumph for 11 years last season and has been linked with European champions Real Madrid.

The Portugal winger, who scored 14 goals and provided 10 assists across all competitions in the 2021-22 campaign, has just under two years remaining on his contract at San Siro.

Milan head coach Pioli is not fretting over the prospect of losing Leão and expects the 23-year-old to take his game to another level.

He told La Gazzetta dello Sport: “I am not at all worried by contractual events, you can see that he is happy to be with us.”

Pioli added of Leão: “He has many goals in his legs, even more than last year. He has grown a lot without the ball, now he has to be able to occupy the area better.”

Milan’s biggest outlay since they were crowned champions was on a deal to sign attacking midfielder Charles De Ketelaere from Club Brugge for a reported fee of €36million.

Pioli is eager to strengthen further as Milan prepare to start the defence of their title against Udinese a week on Saturday.

“On paper, two roles are missing, the defender and the midfielder,” he said.

Piolo is excited by the potential De Ketelaere possesses and is expecting big things from the 21-year-old.

“De Ketelaere in perspective, in two or three years, can become a top European player,” he said.