AC Milan striker Zlatan Ibrahimovic has taken a dig at his former club Manchester United, accusing them of having a 'small mentality'. The revelation is one of many mentions in his controversial book 'Adrenaline'. 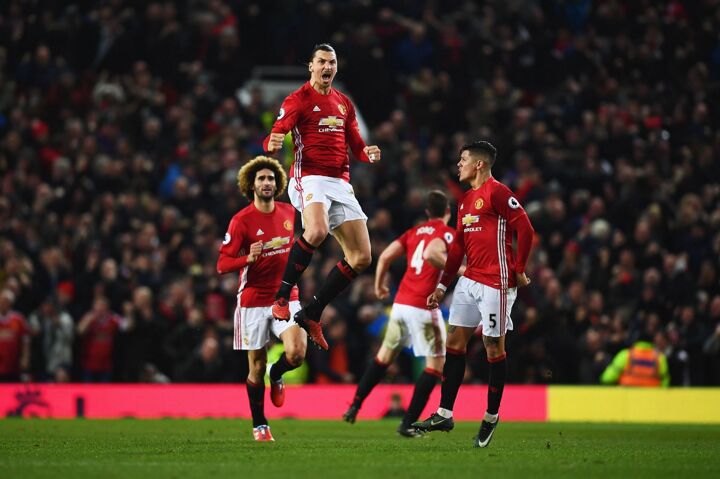 Ibrahimovic, who has played across Europe in different leagues, has written at length about his spell in England with Manchester United. In one such mention, as per The Athletic, he said:

“One thing surprised me: everyone thinks of United as a top club, one of the richest and most powerful in the world and seen from the outside it looked that way to me. But once I was there, I found a small, closed mentality.”

Ibrahimovic also revealed that Manchester United deducted one pound from his monthly salary after he took a fruit juice from the mini-bar of a hotel. According to excerpts revealed by Sportsbladet, he wrote:

“One day I was in the hotel with the team before a game. I got thirsty so I opened the mini-bar and had a fruit juice,” he writes. I'm not saying that everything should be free, but a fruit juice… And you say you are one of the world's biggest clubs?"

“We played and then went home. Some time went by. My pay slip arrives. Normally I don’t look at it. I only do so at the end of the year to see what’s come in and what’s gone out. But that time, I don’t know why, I was curious and realised they’d taken a pound off my monthly wage.

Ibrahimovic said that something like that would never have happened in any other country. He said in this regard:

“Can you believe it? A quid? Something like that would never happen in Italy. These are the details that make a difference and earn the respect of the players."

Zlatan Ibrahimovic has also spoken at length about how one of his Instagram posts announcing his arrival at Manchester United rattled Mino Riola and Ed Woodward.

"Time to let the world know. My next destination is Manchester United #IAmComing" on Instagram after he agreed to a free transfer to the Premier League club.

That post rattled Mino Riola and Manchester United's Woodward, as they had planned a big announcement ceremony for the Swedish international. Ibrahimovic wrote about the same in his book:

“In fact, I’m going to go on Instagram and write, ‘My next club will be Manchester United’. I was so tired of the negotiations that I didn’t think Manchester (United) was listed on the stock exchange.

“You may not make similar announcements if the matter is not clear. All hell broke loose. Mino wanted to kill me.

Ibrahimovic has also mentioned Ed Woodward's reaction to his post. As per the book, Woodward said:

"You’ve ruined a £5m PR-plan.'' They had planned a surprise campaign and a presentation with special effects à la Hollywood. And I ruined everything with an update on social media."

Ibrahimovic, 40, scored 29 goals and provided ten assists in 53 games across competitions for United. He failed to win the league title, as United finished second in the Premier League. However, the AC Milan striker did win two domestic cups and the 2016-17 Europa League with United during his two-season stint.