Wales can surpass their semi-final finish at Euro 2016 in this summer's tournament and the next Aaron Ramsey or Gareth Bale can be found within their youth ranks, according to FA Wales president Kieran O'Connor. 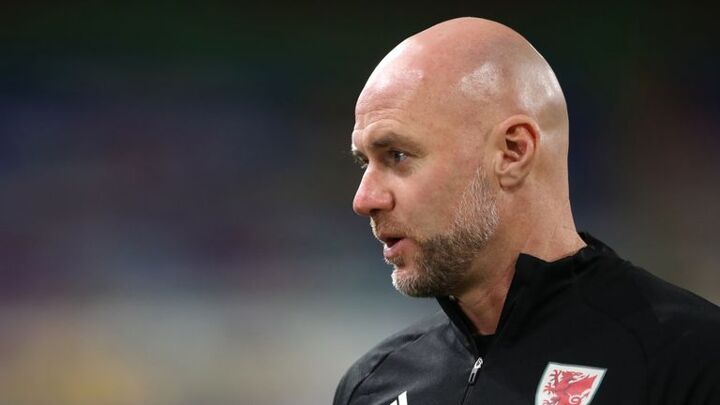 Robert Page's side begin their European Championship campaign against Switzerland at the Olympic Stadium in Baku, Azerbaijan on Saturday, face Turkey on June 16 at the same venue, and play Italy four days later at the Stadio Olimpico in Rome.

Their run to the semi-final in France five years ago is firmly etched in the mind of every Wales fan and their football association's president is hoping for similar levels of euphoria at the start of their next Euros campaign both back home and with the near-200 supporters who have travelled to Azerbaijan.

With Aaron Ramsey and Gareth Bale, aged 30 and 31 respectively, coming towards the latter stages of their careers, O'Connor thinks there are more mercurial talents within Wales' youth ranks who can guide the country to further major tournament success in future.

What does this mean for Wales to be at another major tournament?

"It's two championships in a row which is unprecedented for us. We're hoping to make it three in a row by qualifying for the World Cup.

Are you at all surprised at what this group of Wales players have achieved?

"No. We've become, both as an association and as a country, a lot slicker in the last 10 years. We're seeing the progression from the U15s up to the senior squad.

"You watch them come through, if you see the U21s they play in exactly the same way as the first team. It's really good, the coaches talk to each other constantly, they're forever tweaking things.

"We're in a good place and we have to keep our conveyer belt rolling, to do that we have to invest at the lower end and we'll carry on doing it. The intention will be to qualify for every major tournament, male and female."

How is the search going for the next Gareth Bale or Aaron Ramsey?

"They're there. Rubin Colwill has just come through, he is going to be an absolutely fabulous player. He's someone we identified a long time ago and has progressed through the ranks. There are four or five players in the senior squad now that can still qualify for the U21s.

"The future is looking really good. Since I've been here I've had hundreds of messages of support from people who are totally behind us. Football is starting to take over from that other game, the one with the oval shaped ball. The country is absolutely buzzing, we didn't expect too many fans here but there will be a couple of hundred in the ground in Baku and the country is fully supportive.

"We are making some nice inroads, the levels of children playing football now is increasing dramatically. We have to ensure we keep investing and that in 20 years time, these people come through the ranks."

What are your hopes for the Euros?

"Exactly the same as Euro 2016. The further we go in the competition, the more money we make, the more we can invest in grassroots football and the better we develop.

"In terms of how far we can go the plan is to win it, that would be nice! No the boys are up for it, we'll go as far as we possibly can.

"It's a difficult tournament, we have some difficult teams to encounter along the way but we're going for it. A win against Switzerland would take the pressure off, everybody is a little edgy, they're training well they look good, but you can sense that there's something coming up tomorrow.

"We'll all watch the Turkey versus Italy game tonight and we hope Italy do us a favour and puts the pressure back on Turkey when we play them next week."

How do you feel about Wales having to play in Azerbaijan?

"We're grateful to be here, we did extremely well in qualifying again, I don't think the players mind where they play but we have drawn a short straw. We are a six-and-a-half-hour flight away from the UK. We then have to fly back to Italy, so it's not ideal but it is what it is and we will play anybody anywhere.

"The heat doesn't help and we aren't used to it but we get on with it. The entire red wall is superb, the 200 guys and ladies who will be here tomorrow should be applauded.

"They've held on to their tickets, gone through the Covid protocols and have flown a long way to be here, it's not the cheapest place in the world but I'm sure they'll make a lot of noise and enjoy themselves and the players and the staff are extremely grateful that they are here."

Rob Page has taken on the role of caretaker manager in circumstances which no one envisaged, how has he found the position and galvanized the players?

"Rob has been superb, the players love him I have never seen so many players laughing and joking at a training session. He plans everything, he told me three or four days ago that he knows what his team is for the first game. I didn't ask him what he'd picked!

"He has a good team behind him as well, they are all experienced pros who know what they are doing. It's a tense camp as we expected it to be before the first game but they're all happy and all he needs is three wins and I'll love him!" 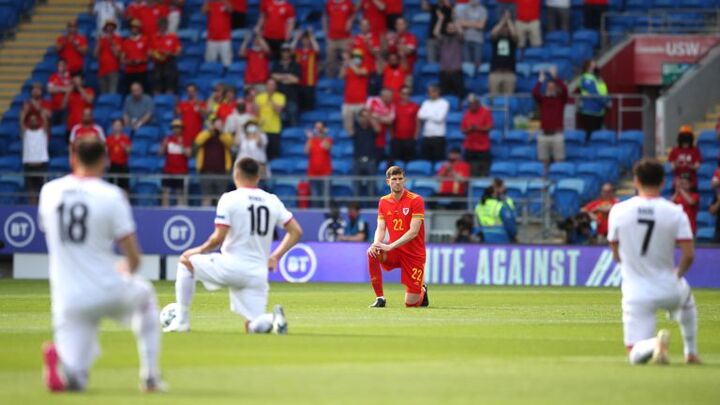 How do you think UEFA is dealing with the issues of racism and discrimination at this tournament?

"Unfortunately I think racism is a social issue far deeper than just football. But UEFA have made it very clear that they won't tolerate any form of racism and we have to support that.

"The team will take the knee during the tournament and we fully support their views, if they decide not to do it then we will fully support them again but the message is clear we will not support racism, football doesn't want racism and eventually the message will get through.

"I felt extremely proud when Wales took the knee against Albania and you could hear a pin drop. They were respectful and share the same views as everybody else I think.

"There is no place for the booing, we do everything we can to encourage diversity and have recently employed a diversity manager who was with Show Racism the Red Card and he's active in speaking to the fans. It will fall out of football I'm absolutely sure."

Who would you pick to start in Wales' Euro 2020 opener against Switzerland? Choose with our team selector...