Here's all the information you need to know on how and where to watch Euro 2020's opening game between Turkey and Italy at Stadio Olimpico on 11 May. 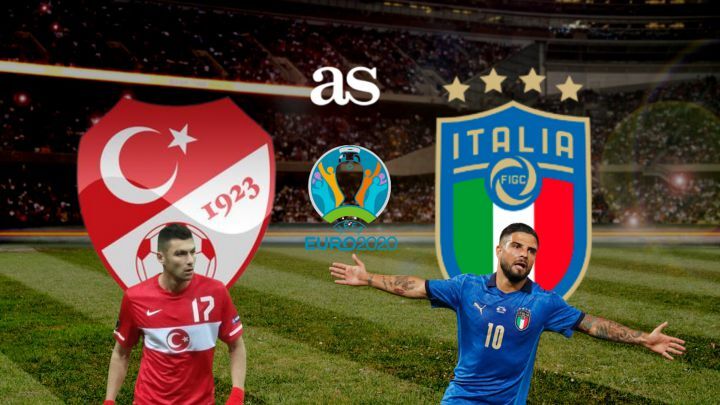 Euro 2020 is finally here. Italy will be hosting Turkey at Stadio Olimpico in the first match of the competition after a year-long delay due to the coronavirus pandemic.

The four-time world champions, currently on an eight-game winning streak -including pre-tournament friendlies-, will try to take advantage of playing on home soil and will look to use their experience to beat Senol Günes’ men, the youngest squad in the tournament, with an average age of just under 25 years.

The Italian experience against the Turkish youth

Italy, that haven’t been crowned as European champions since their last success back in 1968, are the clear Group A favorites to qualify for the next round and are considered one of the national teams with the most chances of lifting the trophy.

With Roberto Mancini as head coach, Italy have eased to qualification for both the European championship and the semi-finals of the Nations League. Moreover, they have extended their unbeaten home record in World Cup qualifiers to 56 games.

However, Turkey, quarter-finalists in 2000 and then surprise contestants in the final four of the 2008 tournament, won’t be an easy opponent for the Italian squad, as they have only lost three times in their 26 matches since Günes stepped back into one of the hottest of hotseats.

What time does the Turkey vs Italy match start?

The European championship’s opening game between Turkey and Italy will be played at Stadio Olimpico (Rome) and will kick off at 3pm EDT on Friday 11 June 2021.

Find out what time Turkey vs Italy gets underway where you are in the world.

Where can I watch Turkey vs Italy?

No matter where you are on the planet, you can see what channel the Turkey vs Italy match is available on here.

You can also follow our live text commentary, with all the key statistics, here on AS English. We will be building up to the match throughout the day before giving you a minute-by-minute account as it unfolds.