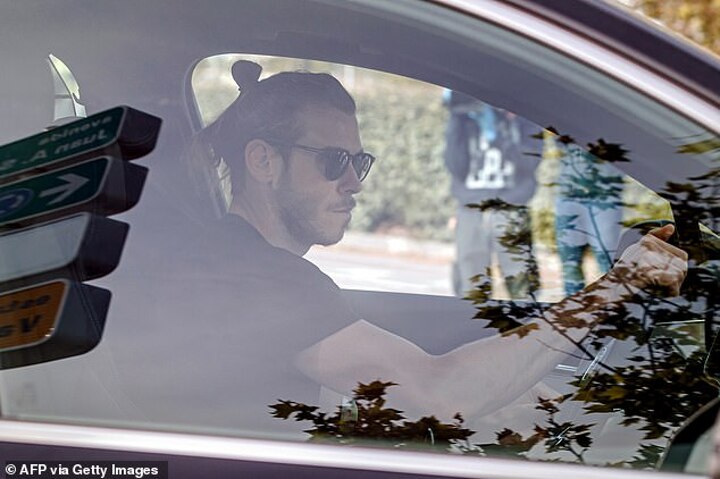 It would be a transfer shock for the ages, but after years of unrest and upset at Real Madrid, a homecoming could present Cardiff-born Gareth Bale with the perfect platform to relaunch his career.

Relentlessly benched, vilified by fans and branded a 'parasite' by certain Spanish media outlets in Madrid, Bale has enjoyed the opposite experience with his country, idolised as a hero for earning Wales qualification to the World Cup for the first time in 64 years.

The Welshman joined the European champions in 2013 for a then world record fee of £86million and has since scored over 100 goals and won the Champions League five times.

Cardiff City, a lower mid-table Championship side, are ambitiously holding talks with the 32-year-old in the hope that he joins on a free transfer and agrees to say goodbye to some of his £554,000-a-week wages.

The Welsh side are by no means the only club hotly pursuing Bale's signature, with Spurs and Newcastle reportedly keen on luring the free agent as well. 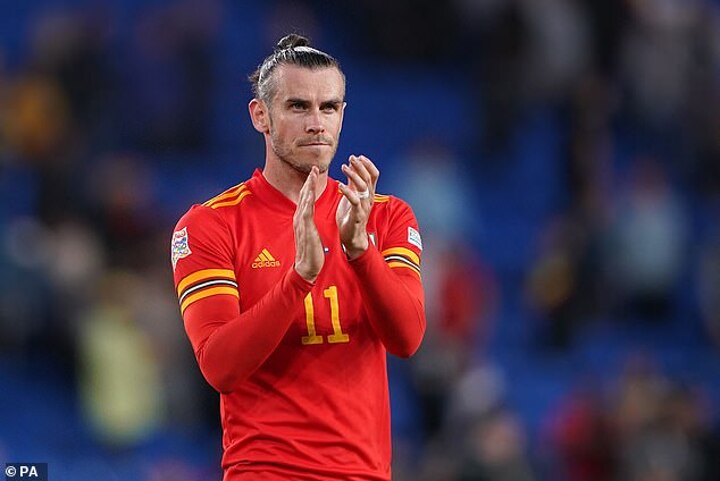 Whilst a move to Cardiff looks somewhat shocking on the surface, it would hand the forward regular playing time in the build up to Qatar and allow him to continue developing his legacy as a legend of the Welsh game.

Were Bale to start a fresh challenge in Cardiff, he would join an illustrious list of veterans who enjoyed a homecoming during their thirties or forties.

Sportsmail have compiled a list of nine players to join their hometown clubs late in their careers.

Born in Helsingborg, Sweden, Henrik Larsson joined local club side Hogaborgs BK at the age of six before making his senior debut for the club in 1989.

He made the switch to fellow local side Helsingborgs IF four years later, going on to score a half century of goals in just 56 appearances for the club.

Larsson's fruitful career at Celtic, which contributed 174 goals in 221 appearances, was preceded by a four season spell at Feyenoord between 1993-1997, and then followed by a two year stint at Barcelona. 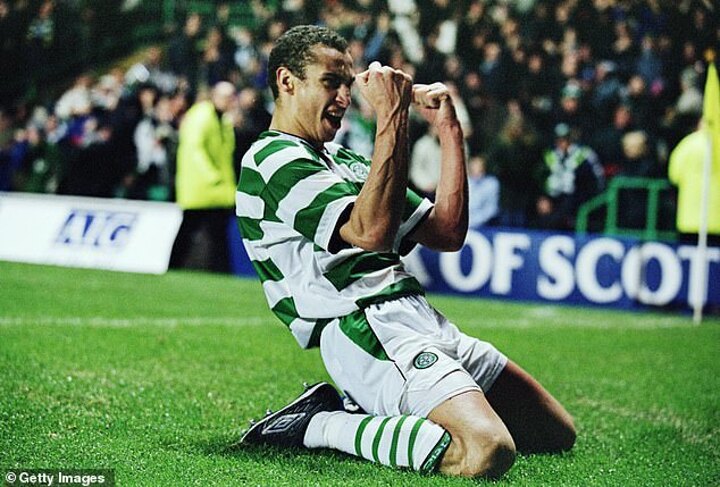 The Swede returned home to Helsingborgs IF in 2006 before undergoing a seven-match loan spell at Manchester United in 2007.

Larsson retired at the Swedish club in 2009 due to injury, unable to fulfil a vow he once made to return to boyhood side Hogaborgs BK at the end of his career.

However - for one match and one match only at the age of 43 - the striker agreed to sit on Hogaborgs BK's bench against Tenhults in 2013 to help the club deal with an injury crisis.

He was substituted on and subsequently featured alongside his then 15-year-old son Jordan, who now plays for AIK Fotboll.

Before his illustrious career at AC Milan and Chelsea, Andriy Shevchenko made over 100 appearances for hometown club Dynamo Kyiv, having graduated from their academy in 1993.

The Ukrainian went on to enjoy a sensational seven-year spell at AC Milan between 1999 and 2006, scoring over 150 goals, winning Serie A and the Champions League, and claiming the Ballon d'Or in 2004.

Shevchenko's switch to Stamford Bridge in 2006 was burdened with a hefty £29.4m fee, and the striker struggled to manage the same scintillating goal tally, only managing 22 goals in 77 appearances for Chelsea.

Following a brief season-long loan spell back to Milan in 2008-09, Shevchenko returned home to Ukraine to sign a two-year deal with Dynamo Kyiv. 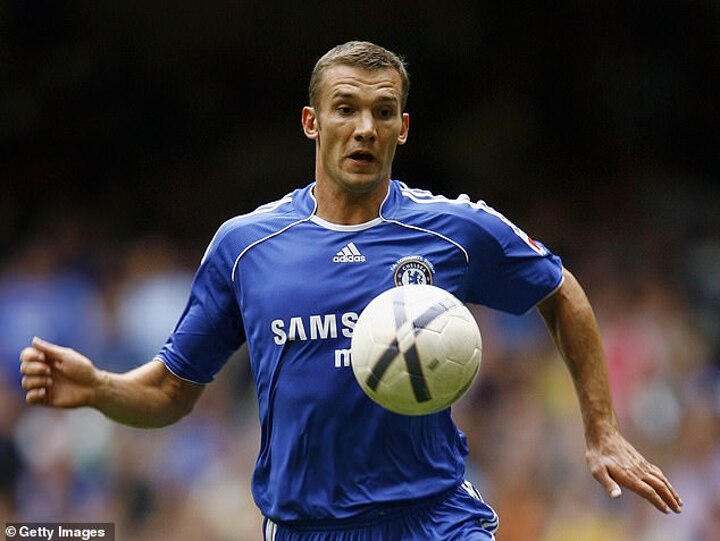 Based in Avellaneda, Racing Club nicknamed themselves the 'Academy of Football' due to their stacked trophy cabinet and ability to produce young talent.

Champions League winner Diego Milito - who was originally born and raised in Bernal on the Avellaneda border - was a graduate of the Racing Club academy and played there for four years between 1999 and 2003.

Two brief spells at Genoa sandwiched a three season stint at Spanish side Real Zaragoza, but Milito rose to fame during his time at Inter Milan, which began in 2009. 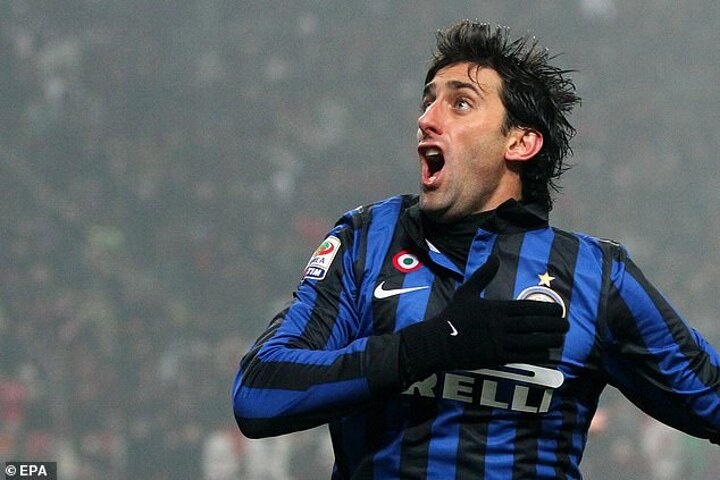 The striker notched 75 goals and 29 assists during his spell at the San Siro, winning Player of the Season in 2009-10 as Inter clinched the Serie A, Coppa Italia and Champions League treble under Jose Mourinho.

Upon his return to Racing in 2014, Milito scored in a 3-1 victory against Defensa y Justicia on the opening weekend of the Argentine championship.

Following two more years at the club, the striker scored a spot-kick against Temperley during his final match aged 36, as Racing later organised a tribute match in his honour in 2016.

The former Arsenal and Manchester United star made his debut for hometown club Feyenoord aged 17, making a total of 15 starts during the 2001-02 season.

At the end of his debut season, Rotterdam-born Van Persie started in Feyenoord's UEFA Cup final triumph against Borussia Dortmund. 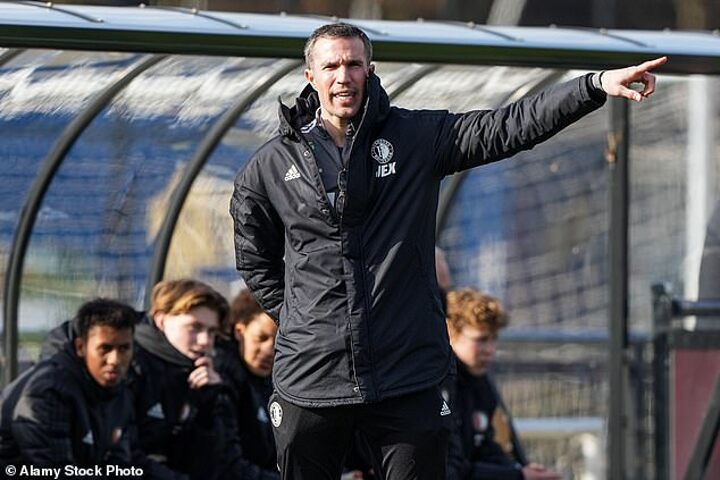 His controversial move to Old Trafford did not slow down his goal tally, as Van Persie clinched a second Golden Boot in consecutive seasons during the 2012-13 campaign, winning Manchester United the title.

After a three year stint at Fenerbahce in Turkey, the all-time Holland scorer returned to Feyenoord in 2018 and has since retired to become an assistant coach at the Rotterdam club.

After a dozen appearances, the striker soon moved to Utrecht in the same year and immediately earned a role in the first team.

Kuyt played there for five seasons before hopping over to fellow Dutch side Feyenoord in 2003, netting 20 goals during his debut campaign and later captaining the side two years later. 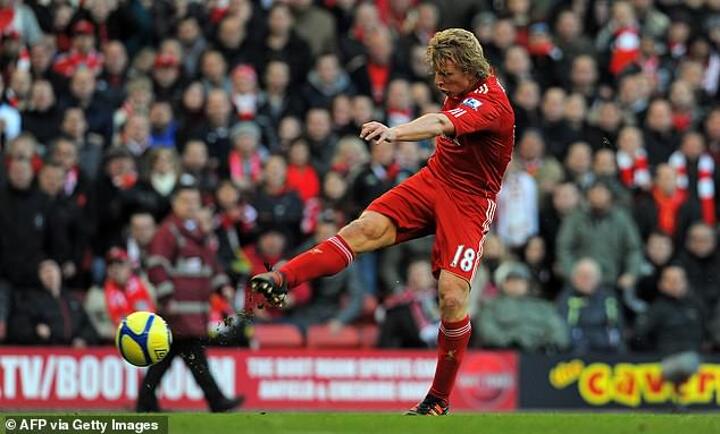 The Dutchman won his only major silverware at Anfield during his final season, scoring a goal in extra time and a crucial penalty shootout spot-kick to help Liverpool lift the League Cup in 2012.

Despite announcing his retirement in 2017, the ex-Holland international opted for one final rodeo with Quick Boys a year later, attempting to aid his boyhood club win promotion to the third tier.

Kuyt led the line in three fixtures at the end of the 2018-19 season and helped Quick Boys finish second to clinch promotion.

Although his first spell in the Spanish capital lacked silverware, the striker scored 90 goals in all competitions before moving to Liverpool in 2007.

Netting 24 Premier League goals during his debut season at Anfield, and continuing with 14 and 18 in the next two campaigns, Torres quickly became a club hero at the club.

During his time with Liverpool, Torres also won the European Championships with Spain in 2008 and followed it up with a World Cup going in 2010. 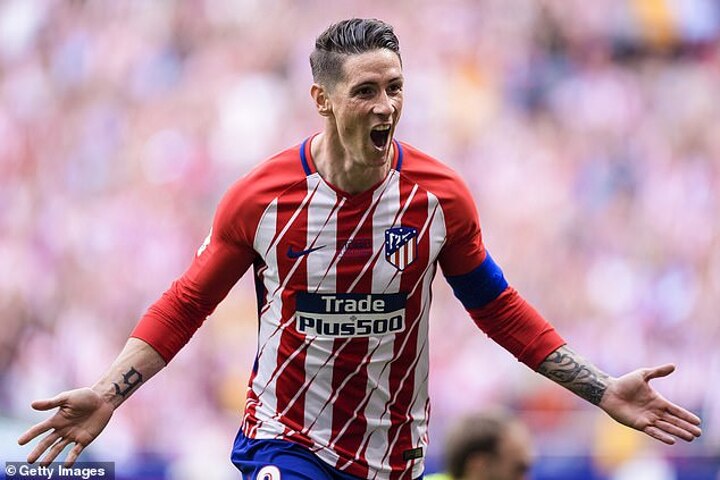 However, the Spaniard's £50m move to Chelsea in 2011 instantly wiped out all of the goodwill he had amassed at Anfield. Torres was also less prolific in front of goal in west London.

Torres did not score more than 10 league goals in four consecutive seasons at Stamford Bridge, causing many fans to turn on him despite playing a part in Chelsea's Champions League and FA Cup success in 2012.

Following a loan spell at AC Milan in 2014-15, the former Spanish international returned home a year later and spent three enjoyable years at Atletico, winning the Europa League in 2017-18.

Torres finished his career at Japanese side Sagan Tosu in 2019 before reuniting with the Spanish giants once again to manage their U19 side.

Raised as an Everton fan, Wayne Rooney made his debut for the club aged 16 to become the youngest first-team player in Toffees history behind Joe Royle.

He scored an iconic last-minute winner against Arsenal in October 2002 to end a 30-match unbeaten run for the Gunners and later won the BBC Young Sports Personality of the Year. 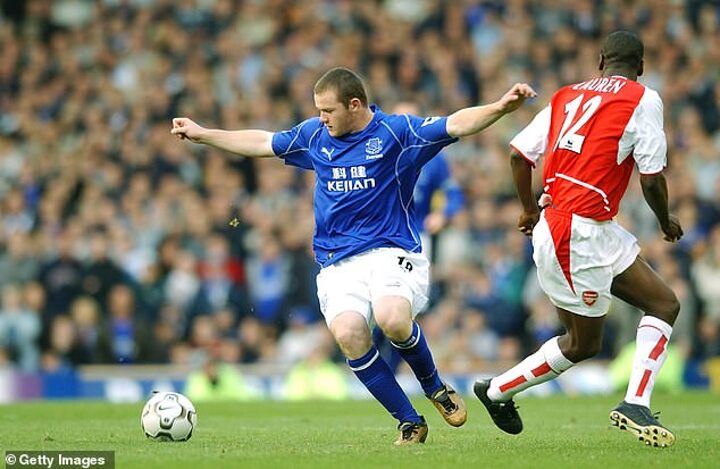 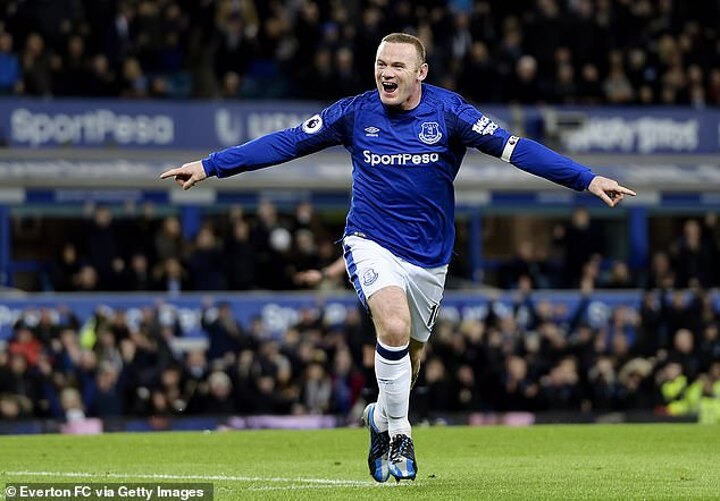 The ex-England star collected five Premier Leagues, a Champions League and Europa League, an FA Cup and four League Cups during his time at Old Trafford.

Rooney made his romantic return to Goodison Park in 2017 after a few years of turmoil in Manchester after the exit of Sir Alex Ferguson.

During his reunion with Everton, he scored his 200th Premier League goal in a 1–1 away draw against Manchester City to become only the second player to reach the feat behind Alan Shearer.

But his homecoming was rather brief in Merseyside and the forward soon left to undergo a two year spell in America at DC United between 2018-20.

Rooney returned to England to play for Derby in the Championship before taking on the role of manager in 2020.

The decorated Italian goalkeeper started his youth career at Parma over 30 years ago after growing up in the city of Carrara.

After four years in the club's youth set-up, Gianluigi Buffon made his professional debut for Parma in 1995, making over 150 appearances between the sticks.

In 2001, Juventus paid the fellow Italian club a world record goalkeeper's transfer fee of £33m for Buffon, who went on to win 18 major titles with the European giants before his brief exit in 2018. 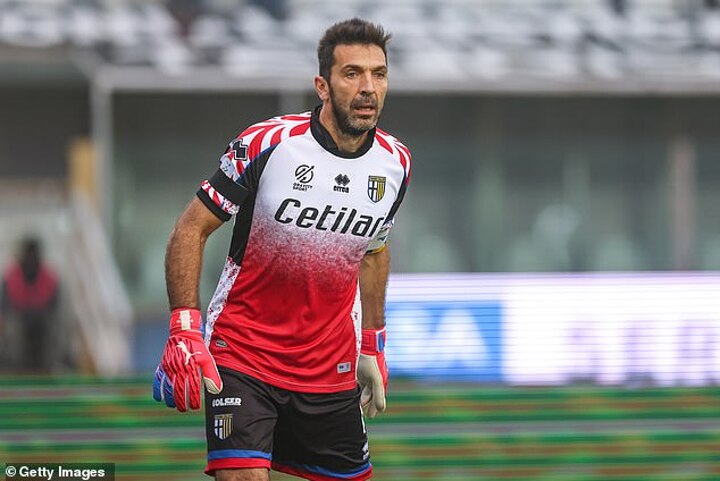 Paris Saint-Germain lured the Italian on a free transfer and handed him 17 appearances in 2018-19, but Buffon quickly returned to Juventus after just one campaign.

Following two more years in Turin as second fiddle to Wojciech Szczesny, the 2006 World Cup winner returned to Parma to play as their regular number one.

Still yet to retire, Buffon made 26 appearances for Parma in Serie B last campaign and in February became the first ever goalkeeper to keep 500 clean sheets.

In January 2007, West Ham brought Tevez to the Premier League in a bid to dodge relegation, and his impressive performances landed him a summer move to Manchester United.

After five trophies with the Red Devils including a Champions League and two Premier League titles, the Argentine forward made a controversial switch to champions-in-the-making Manchester City in 2009. 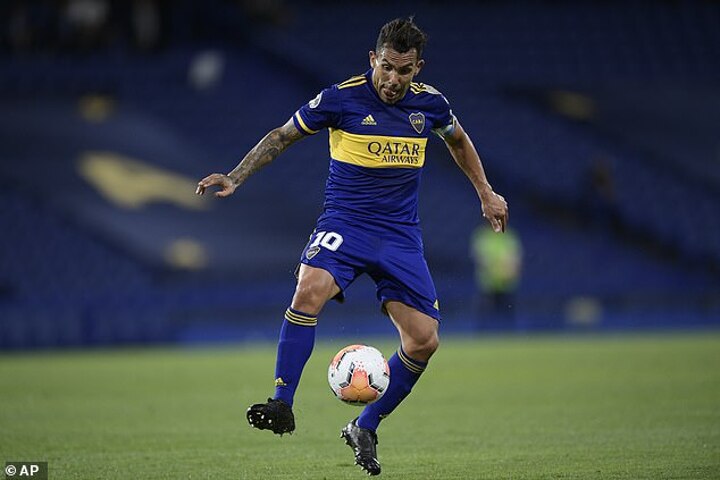 Tevez scored 70 goals at the Etihad during a four season spell and helped land the club its first Premier League title in the 2011-12 campaign.

A two year stint at Juventus preceded the striker's first return to Boca Juniors, where he instantly won the Argentine Primera Division and Copa Argentina double in 2015.

Tevez left his hometown again to pursue a new challenge at Shanghai Shenhua in China but soon returned home for a third stint at the Buenos Aires club.

The former Premier League star officially announced his retirement as a free agent earlier this month having parted with Boca Juniors in June of last year.