Arsenal are amongst several clubs that have gathered information on former Barcelona left-back Alejandro Grimaldo from SL Benfica for a possible January move, according to CalcioMercato (h/t SportWitness). 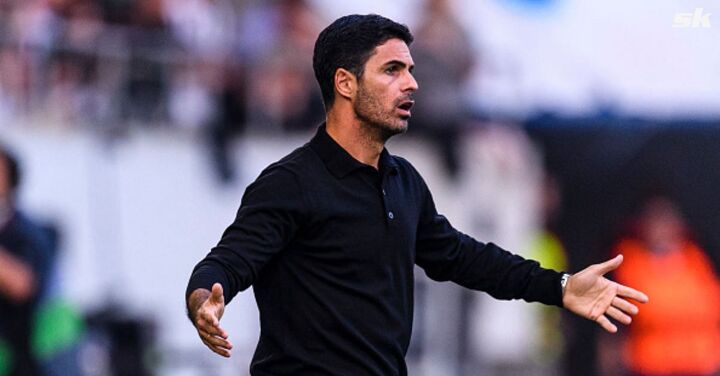 Grimaldo is in the final 12 months of his contract and is yet to renew his deal with the Eagles. This has piqued the interest of the Gunners, Juventus, and Manchester City, who have sought information on the left-back's situation at the Primeira Liga club.

Grimaldo came through Valencia's youth academy before joining La Masia in the summer of 2008. After seven-and-a-half years playing for FC Barcelona Atletic, he left for Benfica without making a single appearance for the La Liga club's senior side.

Since then, the Spain international has registered 20 goals and 53 assists in 261 games across all competitions for the Portuguese giants. He continues to be trusted by manager Roger Schmidt despite his contract situation.

Grimaldo has scored once and provided three assists in 12 appearances this season. At 26 years of age, the left-back is in the prime of his career and would be eager to make manager Luis Enrique's 26-man Spain squad for the FIFA World Cup in November.

Benfica are also thought to be open to letting him leave in January 2023 to avoid losing him on a free transfer next summer. This could mean that the Spaniard will be made available on a cut-price deal in the upcoming transfer window.

Arsenal's interest in Grimaldo comes after they signed left-back Oleksandr Zinchenko from Manchester City for a fee of around £32 million this summer. They also have Kieran Tierney in their ranks to play down the left-hand side of their defense.

Another Arsenal left-back, Nuno Tavares, has been sent out on loan to Olympique de Marseille this summer. Hence, it doesn't make sense for manager Mikel Arteta to have four senior left-backs going into the 2023-24 season.

Barcelona, on the other hand, could use the Benfica star's services on a more urgent basis. Jordi Alba (33) seems to have lost manager Xavi Hernandez's trust after the club tried to force him to join Inter Milan this summer, but to no avail.

New signing Marcos Alonso (31) is also in the final few years of his playing career and 18-year-old Alejandro Balde is too young to play on a regular basis. Hence, Grimaldo's potential arrival, especially if he doesn't renew his contract at Benfica, could prove to be a smart signing by Barcelona if they manage to pull it off.