Arsenal have been handed a transfer boost after Philippe Coutinho's agent said the player is targeting a return to the Premier League this summer. 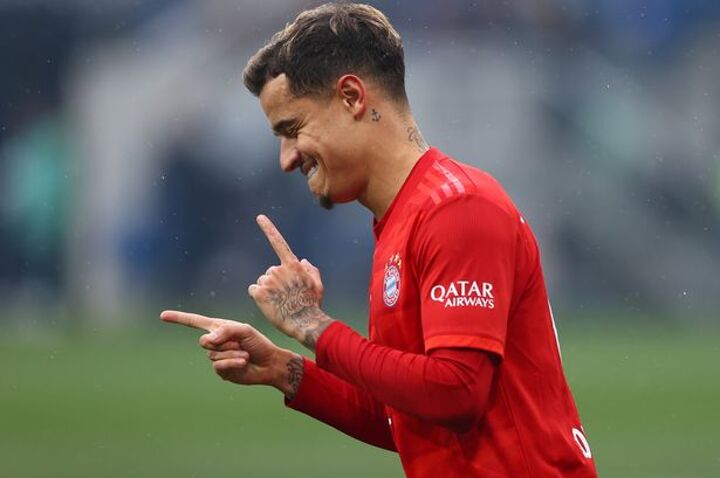 The Gunners have reportedly emerged as front runners to land Coutinho, who has also been linked with Chelsea, Tottenham, Leicester and Newcastle.

But his agent Kia Joorabchian said the former Liverpool star will not make up his mind until after Bayern Munich have been knocked out of this season's Champions League.

Coutinho has spent the season on loan at Bayern, who have a three-goal advantage as they prepare to host Chelsea in the second leg of their Champions League last-16 clash on August 8.

With Barcelona looking to get the 28-year-old off their wage bill this summer, Coutinho has been linked with Arsenal, as manager Mikel Arteta is believed to be a fan, and the midfielder's agent Joorabchian has close links with the Gunners hierarchy.

And Joorabchian has reiterated that high on his client's list of priorities is a return to the league where he starred for five seasons with Liverpool before his 2018 move to Camp Nou.

“Because the Champions League is going to run all the way until August 23, I think it will be difficult for players like Coutinho to make any commitment or move until that date,” Joorabchian told talkSPORT.

“He has the Champions League at the moment and they have to qualify for the next round [against Chelsea], and then he could play Barcelona, believe it or not.

“It is one of his priorities… but he is also not against staying at Barcelona, so it is very much open.”

Before Joorabchian concluded: “There is much genuine interest in Philippe.

“Because he is a great player and a big success. There is always interest.”