Juventus and Atletico Madrid are interested in signing Arsenal winger Bukayo Saka, but the Gunners reportedly won’t let him go for less than £43 million. 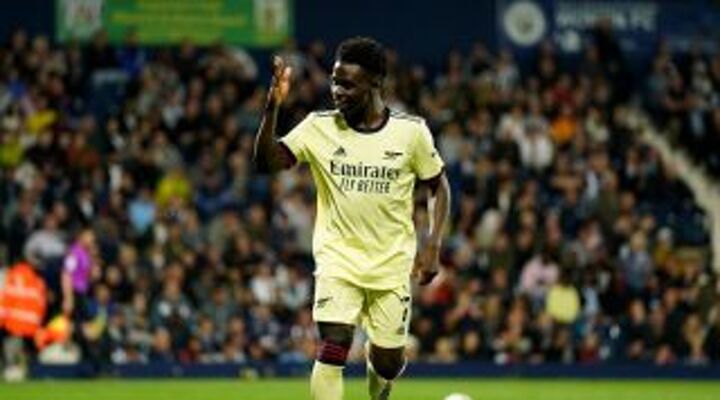 The 20-year-old impressed for England over the summer as the Three Lions reached the final of Euro 2020, where they were defeated by Italy on penalties.

His form at that tournament didn’t go unnoticed on the peninsula, as Calciomercato.com reports that Juve are weighing up a move for the forward.

However, they could face competition from Spanish champions Atleti, not to mention a price tag of €50 million (around £43m) set by the Premier League side.

Saka is one of Arsenal’s most prized possessions, but the club’s failure to qualify for Europe last season, followed by a difficult start to the new campaign, makes transfer talk inevitable.

The Gunners finished a disappointing eighth under Mikel Arteta in 2020-21, but it was a good season for Saka, who scored seven goals and provided 10 assists in 46 matches in all competitions to earn a spot in Gareth Southgate’s Euros squad.

Saka has another three years left to run on his contract at the Emirates, but Juve and Atleti may well be able to offer him something Arsenal can’t by the end of the season – Champions League football.

Arsenal have started the new campaign slowly, losing their first three league games without scoring a goal, before recovering with 1-0 wins over Norwich and Burnley.

Saka is yet to get off the mark for the season in the Premier League, but scored in a 6-0 League Cup victory over West Bromwich Albion last month before scoring one and setting another up in England’s 4-0 win against Andorra.

More and more British talent has headed overseas in recent years, and both of the clubs credited with an interest in Saka have played a part in that trend.

Diego Simeone’s side count Kieran Trippier in their ranks, while former Arsenal man Aaron Ramsey is in the Juve squad.