Barcelona and Real Madrid continue to be linked with Lautaro Martínez but the player's agent has reiterated he will not be leaving Inter Milan. 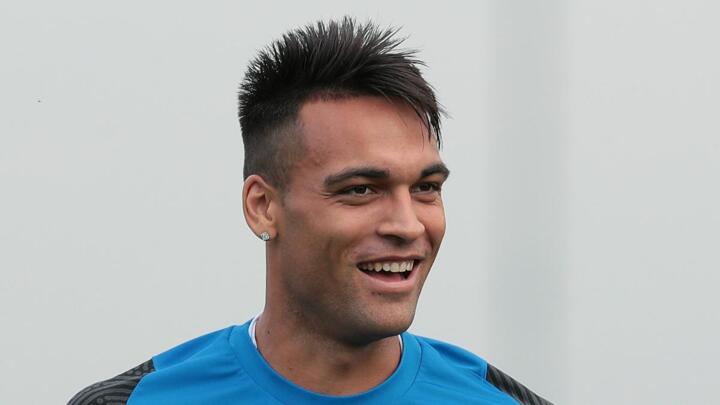 Lautaro Martínez will remain at Inter Milan in spite of rumoured interest from Real Madrid and Barcelona, the player's agent Carlos Alberto Yaqué has stated.

Barcelona have been strongly linked with the Argentina international for a number of months, while LaLiga rivals Madrid have also recently been credited with an interest. A couple of members of Martínez's entourage were seen entering Inter's headquarters on Monday, with reports in Italy suggesting Madrid had a bid accepted over the weekend.

However, agent Beto Yaqué insisted it was a routine meeting and the 23-year-old will remain at San Siro beyond the end of the transfer window. "It was just a courtesy visit, that is all," he told Tuttomercatoweb. "There is nothing with Real Madrid and Barcelona. Lautaro is staying here at Inter."

Martínez scored 21 goals in all competitions as Inter finished second in Serie A and reached the Europa League final last season. His 111 million euro release clause expired in July and he has three more years to run on his existing contract.