Chelsea have reportedly set their sights on three players after agreeing a deal to sign Ajax winger Hakim Ziyech. 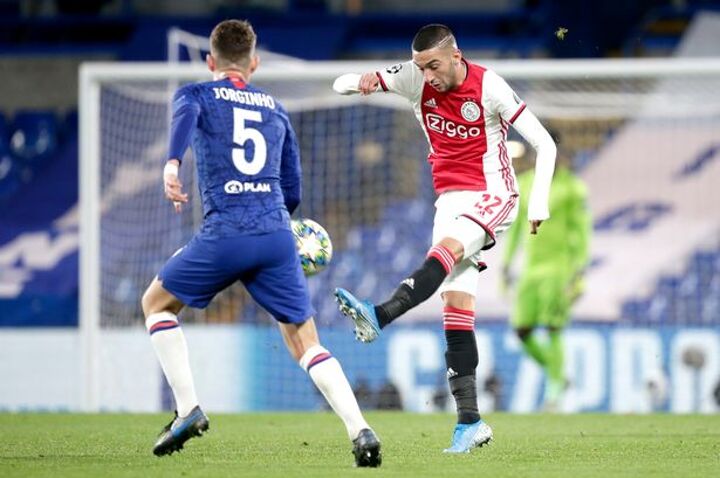 The Blues reached an agreement with the Eredivisie giants on Thursday to make Ziyech their first signing since their transfer ban was lifted.

The 26-year-old is set to move to Stamford Bridge during the summer for an initial fee of £33.3million - potentially rising to £36.3m - subject to personal terms being agreed.

According to The Sun, the arrival of Ziyech could mark the start of an attacking overhaul for Frank Lampard's side - with Borussia Dortmund star Jadon Sancho understood to be one of the players being targeted.

Sancho is in high demand this summer after establishing himself as one of Europe's most exciting young players during his time at Borussia Dortmund.

After 12 goals and 14 assists in the league this season, the Bundesliga club are understood to be ready to sell the England international for £120million.

Reports have suggested that several clubs, including Chelsea's Premier League rivals Manchester United and Liverpool, are interested in signing the 19-year-old.

Meanwhile, former Celtic striker Dembele, 23, has long been linked with a move to England after scoring 13 goals in Ligue 1 already this season.

Lampard is looking to strengthen his options up front, with striker Olivier Giroud among several players expected to leave during the summer.

Giroud, Willian and Pedro are all set to leave Stamford Bridge when their contracts expire at the end of the season, with no sign of new deals.

Chelsea- currently fourth in the Premier League - have been on their winter break but return to action when they host United on Monday.