Philippe Coutinho has been pictured in Aston Villa colours for the first time since his loan spell from Barcelona was confirmed - as the Brazilian edges nearer to a Premier League return. 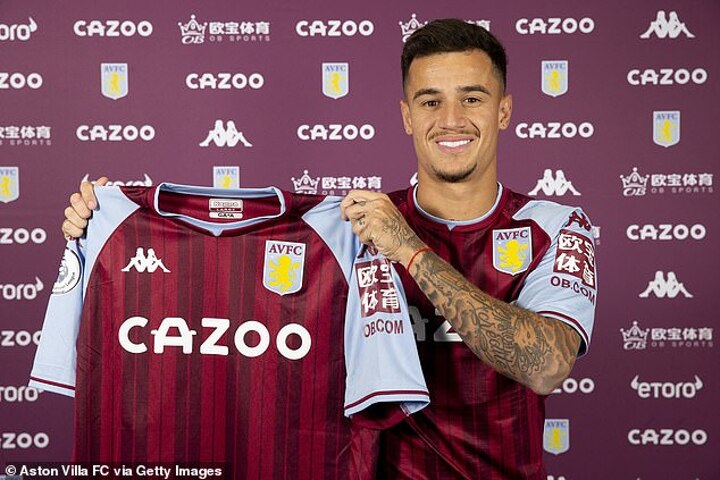 Coutinho's temporary move to Villa Park was confirmed last week, with the Midlands club holding the option to sign the former Liverpool star permanently at the end of this current season.

And the 29-year-old was officially presented as a Villa player late on Tuesday night and will wear the No 23 shirt between now and the end of the season.