Erling Haaland continues to be linked with Barcelona, whose head coach Ronald Koeman offered his thoughts on the Dortmund star ahead of the Cádiz game. 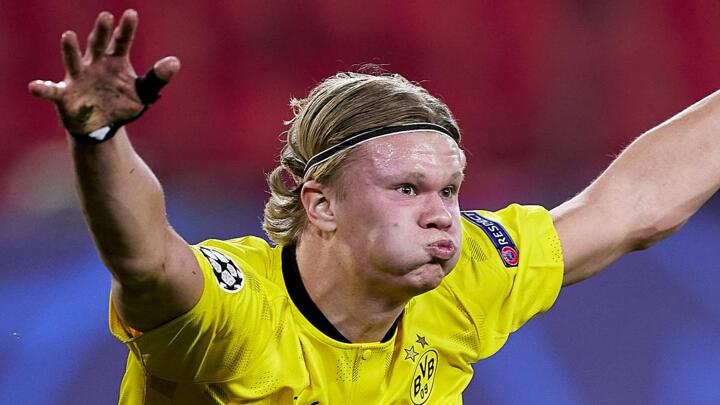 Ronald Koeman says he has his "ideas for the future" of Barcelona after Los Cules were once again linked with a move for Borussia Dortmund superstar Erling Haaland.

Barca are in a state of flux as they await to vote in a new president to replace Josep Maria Bartomeu and the club contending with spiralling and eye-watering levels of debt.

Despite their perilous financial position, Barça are among the clubs reportedly interested in signing Haaland, who saw his stock continue to rise with a double in Dortmund's 3-2 win over Sevilla in the Champions League last-16 first leg.

That made the Norway international the quickest player to reach double figures for goals in the competition for a single club, doing so in just seven matches - three games fewer than Roy Makaay for Bayern Munich between 2003 and 2004.

Former Salzburg star Haaland has 18 goals in 13 games in the competition overall, which is a tally only Bayern Munich's Robert Lewandowski can match since the start of 2019-20.

Koeman was asked about the possibility of bringing Haaland to Camp Nou and, while keeping his cards close to his chest, did not entirely rule out a move.

"I have my ideas for the future of this club," Koeman told a news conference when previewing Barça's LaLiga clash with Cádiz on Sunday.

"But I have to wait for who is going to be the president to sit down and talk about the future."

Earlier this week, presidential hopeful Joan Laporta suggested Haaland would be a target should he be successful in his bid.

"If we have to improve the football team, I have the cards and I'm ready to play them," he said in direct response to the links with Haaland.

"It's because of the experience and the knowledge I have of the people who could intervene in all these situations.

"I want to send a message of calm to the Barcelona fans - we will be economically sustainable again."