Liverpool have been told that they should not make a move for PSV star Cody Gakpo as he would be a “better fit at Man Utd or Arsenal”. 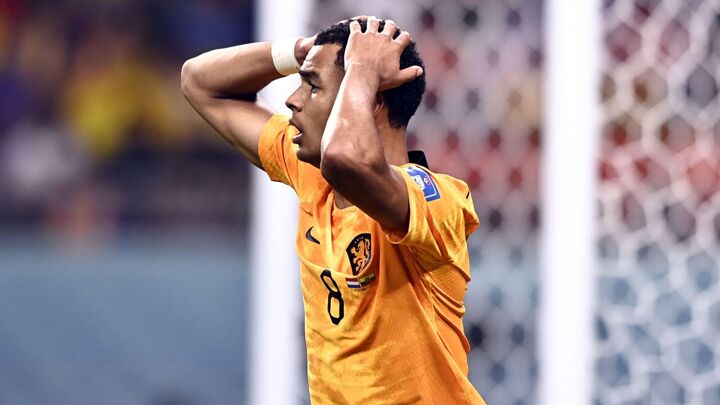 Gakpo was heavily linked with a move to the Premier League during the summer transfer window.

Leeds United, Man Utd and Southampton were all keen to bring him in. They would have got themselves a bargain as he was only rated at £25m in the summer.

Man Utd considered him as an addition in case they were unable to sign Antony from Ajax.

The Red Devils ended up biting the bullet as around £85m was spent to lure Antony away from the Dutch side.

But on this season's evidence, you could argue that they would have been better off signing Gakpo to save themselves some money.

Gakpo was disappointed not to get a move in the summer as he revealed after the window closed that he was “waiting” for Man Utd.

The 23-year-old has not less this disappointment get him down though as he has been in sensational form this season.

He has grabbed 23 goals and 17 assists for PSV across all competitions and he has also made a great start to the World Cup for the Netherlands.

Gakpo got on the scoresheet against Senegal and Ecuador as Louis van Gaal's side picked up four points from their opening two group games.

His value continues to rise, with him now understood to be rated at €60m.

Calciomercato reported earlier this month that Liverpool are in the running to sign Gakpo but Stan Collymore does not feel that they need him.

“I wouldn't say Liverpool on the basis that Luis Diaz and Fabio Carvalho both come from the left which is where Cody Gakpo often pops up,” Collymore told Caught Offside.

“Plus, Liverpool also have Darwin Nunez, who operates down the centre.

“I really like him but I could see him being a better fit at Man United or Arsenal.”

Ex-Premier League goalkeeper Paul Robinson thinks Gakpo would be a “squad player” if he joined Liverpool.

“Would Gakpo be an improvement on what they have already got? I don't think so. If you put him into that squad now he would not be the first choice. He would not be your first pick,” Robinson told Football Insider.

“Do Liverpool need to sign a squad player? There is other positions in the squad that need addressing, let's have it right.

“They should sign to improve their XI. Gakpo is a very good player but I'm not sure he is better than the forwards at Liverpool.

“He gets your goals but I think the likes of [Diogo] Jota and [Mohamed] Salah are brilliant and better all-round players.”