Liverpool have held talks with Mino Raiola over a potential deal for Erling Haaland, according to reports. 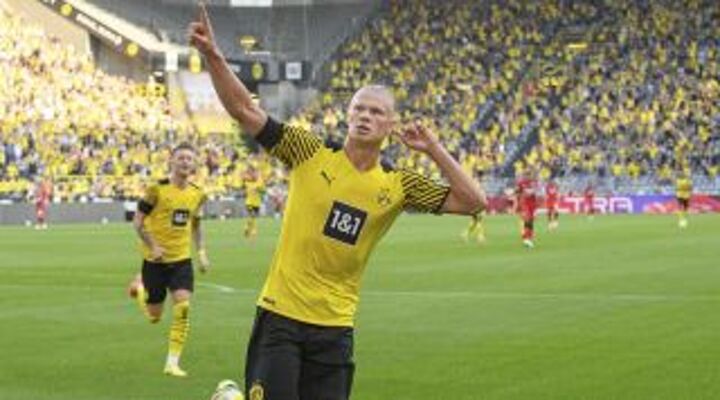 The Borussia Dortmund striker is expected to depart Signal Iduna Park at the end of the season.

Haaland will have been at the club for two and a half years by the time the 2021/22 campaign comes to a close.

A release clause in his contract will make the Norway international available for around £67m.

The centre-forward is the most in-demand player in world football right now, with several major clubs around Europe chasing his signature.

A report by 90min reveals that Liverpool are among the contenders to sign Haaland and have held discussions with his agent in the last 12 months.

The Reds are said to have reached out to Raiola in a bid to persuade him and his client that Anfield is the best destination for the 21-year-old.

Jurgen Klopp’s side had a quiet summer compared to many of their Premier League rivals, with Ibrahima Konate their sole addition.

There is an expectation that Liverpool will be more active in next summer’s market, when Haaland and Kylian Mbappe could both be available for transfer.

They will face stiff competition for the Norwegian’s signature, though, with Bayern Munich, Manchester City, Manchester United, Real Madrid and PSG all part of the race to sign him.

Haaland is said to be in no rush to make a decision about his future, and the report states that there is no substance to rumours that the Dortmund star has verbally agreed a deal with any particular club.

Haaland is focused on the season ahead in the Bundesliga and the Champions League, with BVB set to face Besiktas on Wednesday.

The former Red Bull Salzburg frontman has a stunning record in a Dortmund shirt, having scored 65 goals in 65 games for the German giants.