Liverpool want to bring Jude Bellingham back to English football, according to reports. 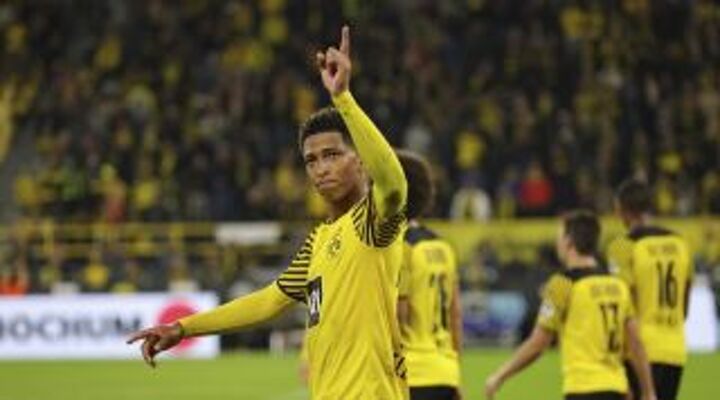 The 18-year-old grabbed the headlines with his performance against Andorra at the weekend, having already impressed for Borussia Dortmund in the Champions League and the Bundesliga.

He looks set to be a regular starter for the German side this season despite his tender years.

Bellingham rejected offers from Premier League clubs to join Dortmund from Birmingham in 2020.

The midfielder decided that Signal Iduna Park would be the best destination for his development.

But just as his former Dortmund team-mate Jadon Sancho returned to England this summer, Bellingham's future surely lies in the Premier League.

According to the Daily Star, Liverpool are considering a move for the teenager next summer.

The Reds were relatively quiet in the transfer window that closed last week, with Ibrahima Konate their only acquisition.

There is an expectation that Liverpool will be more active in the market next summer, and Bellingham is among the players they could target.

It could take a club-record offer of £80m to prise him away from Dortmund, although Bellingham's age means that could be seen as a bargain in the future.

The former Birmingham man is under contract with the Bundesliga giants until 2025.

While Dortmund are a huge club, their business model is based on buying young players with potential and then selling them on for a profit.

Bellingham will no doubt leave BVB at some point, but next summer might still be a little early.

Erling Haaland is set to depart ahead of the 2022/23 campaign and Dortmund might not want to lose another first-team star in the same window.

Subscribe to FourFourTwo today! Guarantee the finest football stories and interviews dropping on your doorstep first every month.

QUIZ! Can you name every team in this season's Europa League?