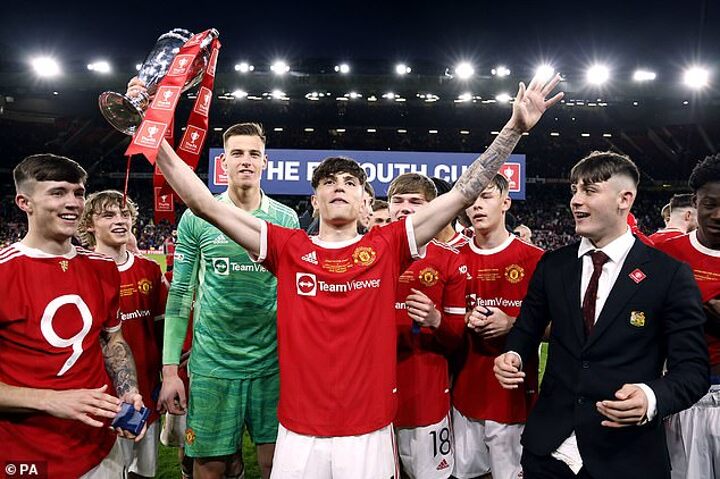 The 17-year-old winger held his nerve to restore United's lead against Nottingham Forest with just 13 minutes remaining and went on to seal a 3-1 victory with another goal in stoppage time.

It handed United their 11th Youth Cup triumph and sparked celebrations among a record crowd of 67,492 at Old Trafford. 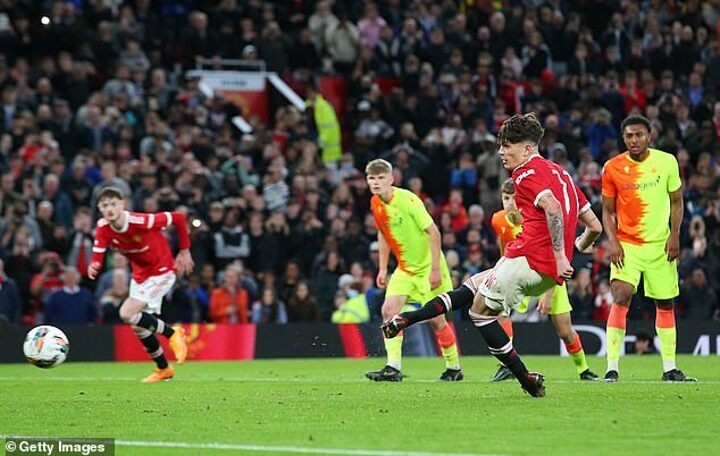 The win was a rare uplifting moment in what has been a season of gloom at the club and offered optimism for incoming manager Erik ten Hag about talented up-and-coming players.

'That boy could be in any stadium in the world and he wouldn't care,' Binnion said of Garnacho, who made his first-team debut against Chelsea last month.

'That's his make-up. A few of them are like that and that's why they are going to have good careers. 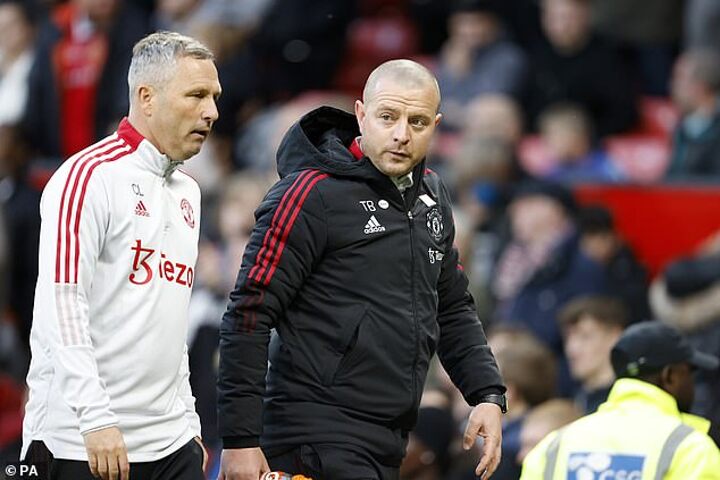 'It's nice to give the fans a bit of something because they're different class.'

United had to battle hard to overcome Forest, with Joshua Powell's strike cancelling out an early opener by home captain Rhys Bennett.

But they took control of the contest again in the closing moments after Forest defender Zach Abbott fouled Garnacho for a contentious penalty with the contact clearly outside the box.

Garnacho, recently called up by Argentina, made sure with a marauding run and finish in stoppage time that had legendary manager Sir Alex Ferguson beaming in the stands.

'Games like that are won on moments, we nicked a ball high up. The lads have found so many different ways to win on this run and that's brilliant for them,' Binnion added. 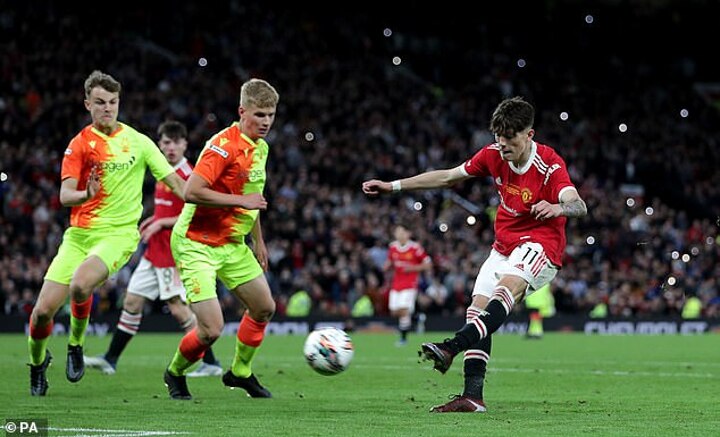 On his goal, Bennett said: 'It's one of those things you dream of - scoring at Old Trafford. Even though I am a defender, I love to get a goal if I can. It's the best feeling I've had in my life.

'70,000 at Old Trafford - I've just dreamt of this since I was a little kid and since I joined this club.

'The best thing is that we have done it as a team. Nobody is an individual. We have gone down twice [in the cup run], conceded first and every single one of them has dug deep.'

The huge crowd set a new record for a FA Youth Cup final and full-back Sam Murray added: 'Walking out, it was crazy. As a kid, I watched YouTube videos of behind the scenes and then you're in that moment.

'It's magical, not many words can describe it. A lot of us who play are fans. I have supported United myself and it is special.

'The fans have got so much passion for the club and if we can replicate that then I'm sure we will go far.'

Forest coach Warren Joyce, formerly reserve team boss at United, was frustrated at the penalty away when the contact was clearly made outside the area.

He said: 'We're disappointed with the second one because he's clearly two yards outside the box. It's not a penalty.

'In games like this, it's hard for the lads to take when they look back, at a time when it could have gone either way.'