Energy, goals, passing, leadership. These are not qualities you can currently see in Manchester United's labouring midfield, but bringing in Declan Rice would change all that in one fell swoop. 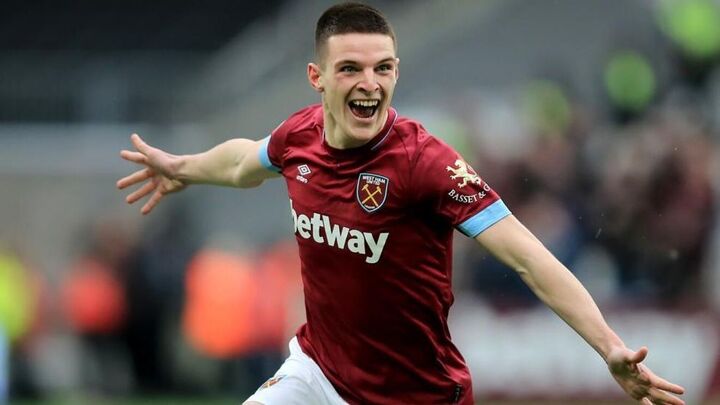 The West Ham United dynamo is having arguably his best ever start to a season, with two goals and two assists from just nine games this term. All this builds on his run to the Euro 2020 final last summer with England, where he was excellent as a double pivot alongside Kalvin Phillips.

Rice's evolution suggests he is going to outgrow his current club - if he hasn't already - and rumours abound of Manchester United tabling a 90 million pound bid for the 22-year-old.

But, with two and a half years still left on his deal in East London, Rice won't be an easy man to extricate.

Whether United pursue a deal next summer, or even in January if an unlikely opportunity arises, Rice does look a natural fit. He could be the leader of a young British core including the likes of Jadon Sancho and Mason Greenwood, while his quality on and off the ball would surely help bring on the likes of Scott McTominay.

He would also address the lingering sense that this United team cannot control games with their current midfield.

Nemanja Matic has the passing quality, but not the legs. McTominay certainly does have the legs, but not the positional sense of a pivot, having come through the ranks as an attacking midfielder. Then, Fred has not looked fit for purpose in any areas of the game this season.

Rice would also be under the wing of Michael Carrick, one of England's best ever midfielders despite his misuse by the national team, so he is someone who could guide Rice in his evolution.

It will be interesting to see how long United are prepared to wait before moving definitively for Rice.

Their season has been poor to date and, given the board seem to be backing Ole Gunnar Solskjaer to the hilt, they may give him more funds to spend if they are still struggling at Christmas.

If Rice does come in, it really would be the last piece of the squad puzzle completed, and Solskjaer would be all out of excuses should the club's run without a trophy continue.