Kylian Mbappe is undecided on his club future despite strong talk of a Real Madrid move while Cristiano Ronaldo is considering his options. 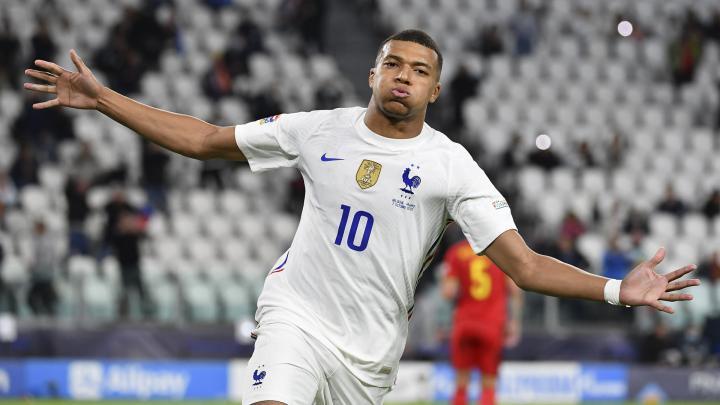 Kylian Mbappé is widely expected to join Real Madrid at the end of this season with the 23-year-old France forward stalling on a new contract offer at Paris Saint-Germain. Madrid have been circling for Mbappé's signature for a long time and had multiple bids rejected in 2021 but remain confident of landing the PSG forward in the summer as a free agent. However, according to reports in France, Mbappé may yet decide to extend his stay at the Parc des Princes.

Mbappé could decide to stay at PSG

Mbappé could spring a surprise and renew his current PSG deal prior to the end of this season, claims Le Parisien. The 2018 World Cup winner had been expected to become a free agent when his contract expires on June 30 and join Madrid .

Le Parisien claims that PSG have hope that Mbappé may pen an extension to force a transfer fee from Los Blancos, should they pursue a move. Mbappé is still undecided on his future, according to the report.

- Manchester United 's superstar forward Cristiano Ronaldo has held crisis talks with his agent Jorge Mendes as he considers his future with the Red Devils, according to The Sun. Ronaldo reportedly may leave United depending on their choice of a new permanent manager.

- El Nacional claims that Liverpool are ready to offer Barcelona teenager Gavi a deal worth £80,000 (€96k) per week to secure his signature, while Manchester City are also interested. Barça have a £42m (€50m) release cause in the 17-year-old's contract.

- Arsenal want to sign a new midfielder in January with Lyon's Bruno Guimaraes on their radar while a loan deal for Arthur Melo was discussed but has not advanced to talks with Juventus yet, claims Fabrizio Romano.

- Argentinean forward Dario Benedetto is set to return to his homeland to join Boca Juniors from Marseille although the deal may take several days to complete, reports Cesar Luis Merlo.

- West Ham United and Newcastle may be priced out of their pursuit for Marseille's Boubacar Kamara,  who wants a £150,000-per-week (€180k) deal.