Florian Neuhaus has been linked with Dortmund but Marco Rose will not try to sign him when he joins them from Gladbach. 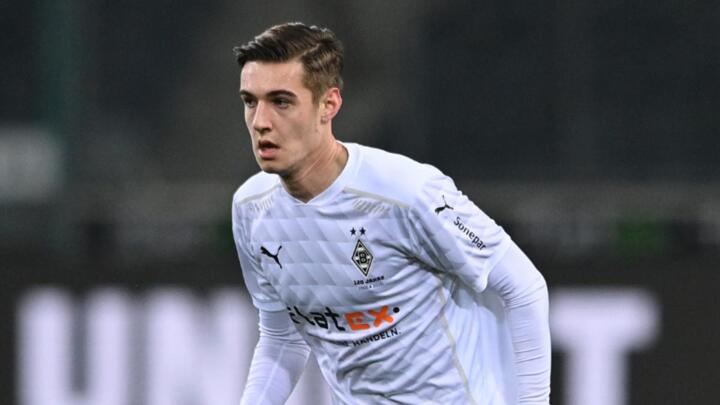 Marco Rose has offered assurances he will not try to take any Borussia Monchengladbach players with him when he joins Borussia Dortmund next season.

It was confirmed on Monday that Rose had made use of an exit clause in his Gladbach contract and agreed to take over at Signal Iduna Park from the 2021-22 campaign.

Dortmund have also been linked with moves for Germany international Florian Neuhaus, who has established himself as a key figure under Rose at Borussia Park, and France attacker Marcus Thuram.

However, Rose ruled out the possibility of any players following him to Dortmund.

Asked specifically if he would oppose the BVB hierarchy if they wished to sign a Gladbach player, he said: "Yes, I would say that.

He added: "Despite my move in the summer, 100 per cent of my energy is in my work here. There had been pressure growing, so I had to make a gut decision and the challenge in Dortmund is what appeals to me.

"I'm very happy to be here and want to carry on until the summer. It was not an easy decision to leave, but one I had to make to calm the situation.

"I completely understand the fans' disappointment. It was a personal decision, but I have always given my best here and will continue to do so until the summer."

Gladbach are in the hunt for a top-four finish in the Bundesliga and have a Champions League last-16 tie with Manchester City approaching.

Sporting director Max Eberl is confident Rose's departure will not be the catalyst for a mass exodus at Gladbach.

"Every player wants to know who his coach will be in the future. We will continue the current discussions with the players and I am convinced that we will continue with them successfully," said Eberl.

"[The club is] not dependent on individual people. I am almost dismayed that it seems that people do not trust that the club will emerge from this situation even stronger."

Jesse Marsch has been tipped to replace Rose at Gladbach, having also succeeded him at Salzburg in 2019, but Eberl was unwilling to comment on the rumours and said there is no rush to appoint a new head coach.

"We will start to take a close look at which coaches could suit Borussia. I will go about by my job in time, but I definitely won't be commenting on any names that we have been linked with," he added.

"Assistant coaches Rene Maric and Alexander Zickler, as well as strength and conditioning coach Patrick Eibenberger, will follow Marco Rose to Dortmund. We will therefore unveil a new coaching team in the summer."