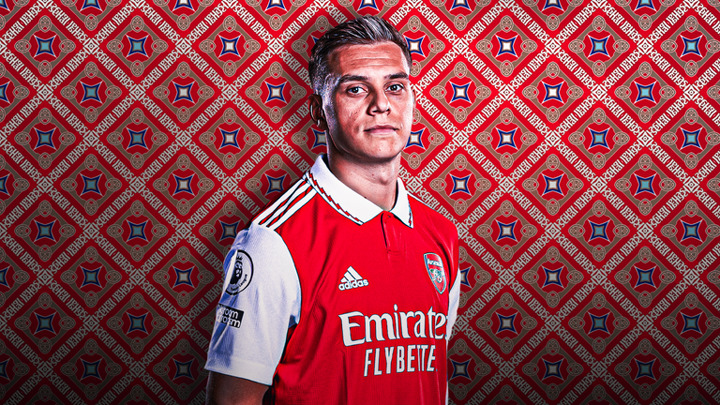 The Gunners are paying an initial £20m up front with a further £7m coming in add-ons.

The 28-year-old has signed a four-and-a-half-year deal with the option for a further year.

Arsenal moved for the Belgium international after missing out on Mykhailo Mudryk, who joined Chelsea from Shakhtar Donetsk on January 15.

De Zerbi: Situation difficult | Tough to replace him in market

"The situation was difficult because I understood he wanted to leave. I'm sorry for the last period, because I preferred [to play] the players who were clear, and not having some different behaviours.

"We will see whether we replace him. We are a good team anyway, and we can play well with Leo or without Leo.

"I think in the transfer window, you can always improve and bring in new players. But we are a good XI now, the players in the squad are very good players. It's not easy to improve.

"If Tony [Bloom] and the club have the possibility to improve the squad, we will do something."

"This is a good deal for both clubs. As far as Arsenal are concerned, they walked away from the deal for Mykhailo Mudryk and now sign someone who has got Premier League experience.

"This is a less risky signing than Mudryk, although I think he will turn out to be a fantastic signing for Chelsea.

"Brighton are getting big money for a player they signed around three-and-a-half years ago for £15m. He's 28 now and was unhappy at Brighton.

"I don't think they're going to miss him that much because they've got Kaoru Mitoma, who has been in absolutely incredible form over the past couple of months."

Analysis: Why Trossard appeals to Arsenal

At 28 years old (he's 28 until he's 29, just so we're clear), Leandro Trossard differs in profile from Arsenal's other recent signings. This is a player for the here and now. Experience over potential.

He might not set pulses racing like the explosive Mykhailo Mudryk, a player Arsenal regarded as a future superstar, but while his ceiling is not as high, Trossard offers plenty the Ukrainian does not.

For a start, there is the Premier League experience he has gained at Brighton, where he has made 116 appearances across four seasons, missing only a handful of games and scoring a healthy number of goals, with seven of his 25 coming this season.

That experience makes him a safe bet to slot straight in at Arsenal, which is precisely what is needed given their reliance on Gabriel Martinelli and Bukayo Saka as they seek to sustain their title challenge.

Trossard's versatility is another asset. He is primarily a left winger, much like Mudryk, but this season he has also featured at No 10, as a false nine, and even at left wing-back. Graham Potter, Roberto De Zerbi's predecessor, also used him on the right. 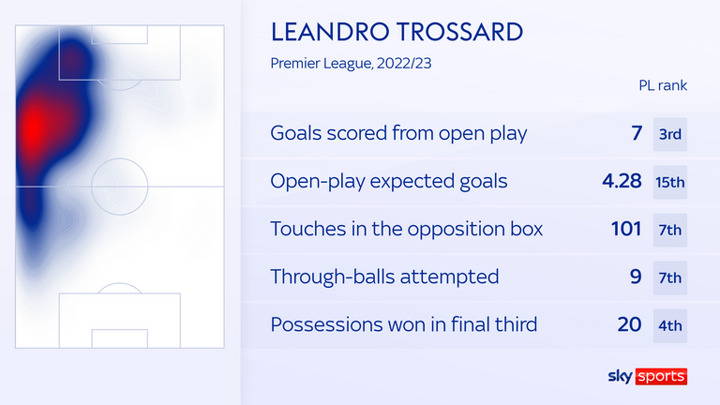 Mikel Arteta has often spoken of how highly he values players who can slot into different roles and Trossard, who is also a senior international for Belgium, can offer depth right across the frontline.

He looks a good fit stylistically too. De Zerbi felt his effort levels had dropped off in recent weeks amid the speculation around his future but the statistics highlight an impressive work-rate, with only three players - Kevin De Bruyne, Martin Odegaard and Jack Harrison - winning possession in the final third more times this season.

His age means he would not arrive with huge scope for improvement or re-sale value, but his contractual situation makes him a relatively cheap option and his proven quality is appealing. 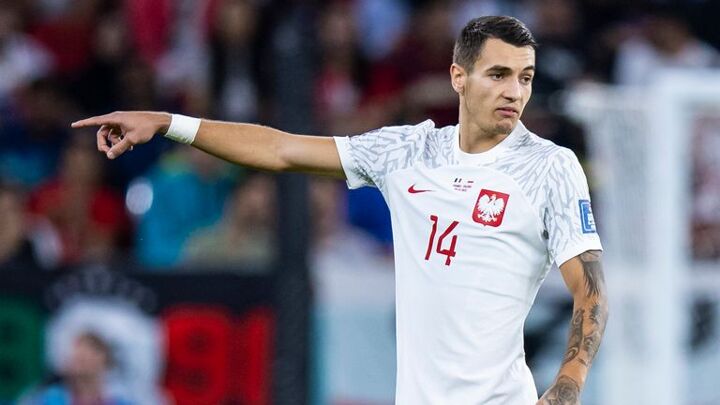 Arsenal are close to signing Spezia central defender Jakub Kiwior in a deal understood to be worth £20m.

Sky Italy are reporting the player will fly into the UK over the weekend for a medical. Personal terms are not expected to be a problem.

Kiwior has been capped nine times by Poland and started all four of their games at the World Cup.

Arsenal have been looking for a left-sided central defender to provide competition for Gabriel.