Cesc Fabregas has completed a surprise move to Serie B side Como. The 35-year-old put pen-to-paper to a two-year deal and arrives on a free transfer after his contract with French side Monaco expired in June.

'It is an honour and a pleasure to join Como 1907,' Fabregas said. 'I have been extremely fortunate that my career has allowed me to play at the most wonderful clubs. Como is no exception. After lengthy talks with Mirwan, Dennis and Charlie, they explained in detail one of the most exciting and ambitious projects in football. 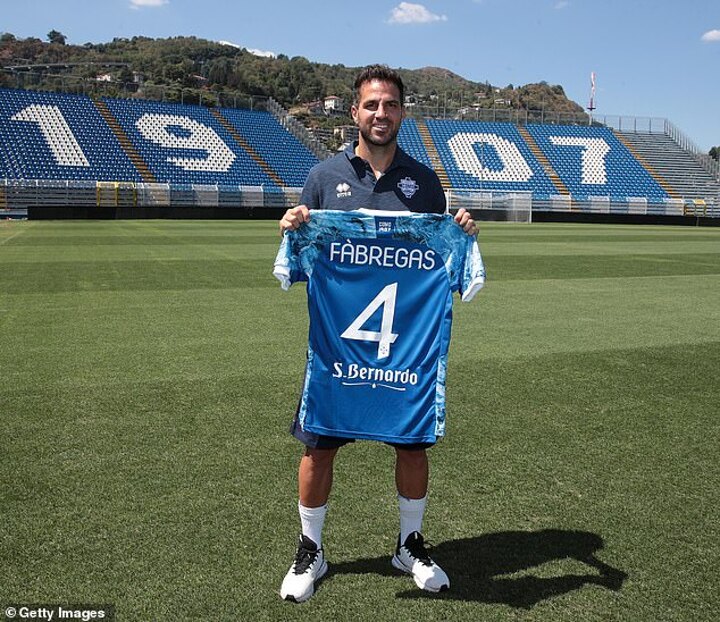 'This is why I am looking to build a long-term future here not just on the pitch but also off it too. I believed in the vision from the first moment and I have decided to invest personally to be part of the bigger picture.

'I cannot wait to get out on the pitch and play in front of the fans in such a beautiful setting. The tradition, infrastructure and desire that the owners have to take this club to the next level is inspiring. I cannot wait to start.'

Como filed for bankruptcy in 2016, and were only re-founded when a new company took charge of the club in 2017.

They were thrown into the Serie D amateur division that same year, before being taken over by London-based company SENT Entertainment in April 2019.

They brought in ex-Chelsea midfielder Dennis Wise soon after and as their current sole administrator, he reportedly played a huge role in convincing Fabregas to join.

Wise said: 'It gives us great pleasure to introduce and bring such a humble respectful guy to our football club. A player who has done so much in football and will now be a vital part of our ambitious plans for Como 1907.

'We have been building from the ground up to get to this position, making sure the chemistry is right. A player of the calibre and experience is vital for our three-year plan to get into Serie A. It's where we belong and what our fans deserve. Welcome Cesc.' 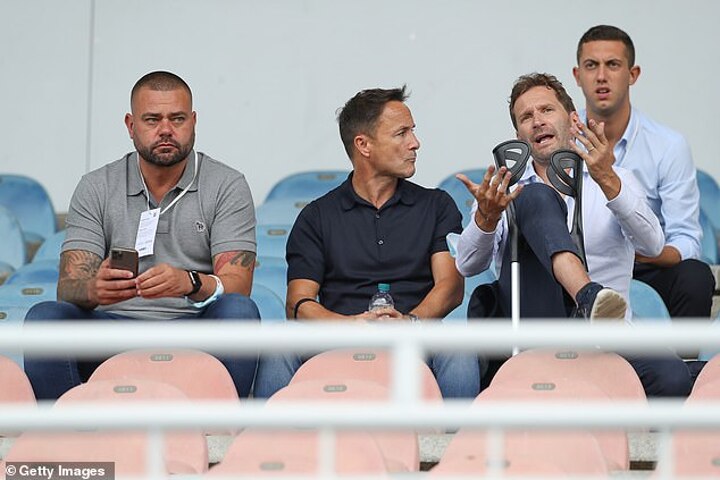 Not only will Fabregas be playing in the beautiful surroundings of nothern Italy, but he'll be donning a fresh, new kit as well.

Fashion designer Didit Hediprasetyo linked up with Como so proceeds from shirt sales can go towards a variety of restoration projects across Como, with each donation made earning a credit towards purchase of the kit.

With the local community in mind, Como plan to buck the trend of releasing a new kit every other season and plan to make kits last five years.

'Football kits and merchandise have become a considerable source of income for sports teams everywhere, but at the same time it can also be a burden for parents whose children expect them to buy the latest design every year. We want to make sure that is not the case in our club. We want to help the community. 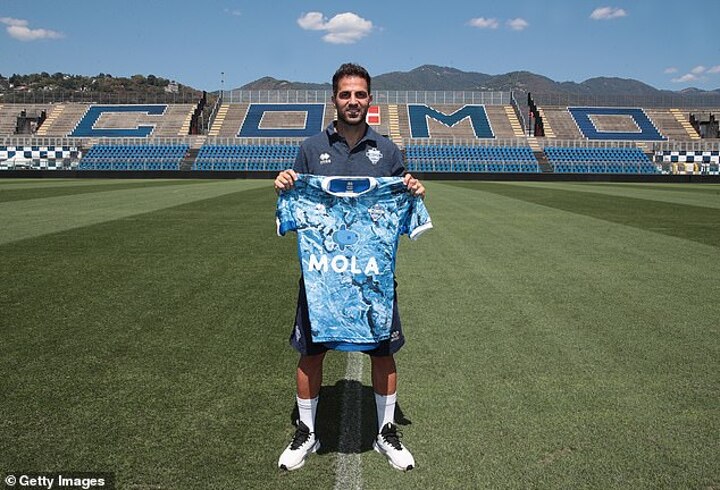 'We strongly believe that as the club rebuilds so should we help the local community thrive. This initiative is a small step towards building a lasting and hopefully fruitful relationship between us and the people of Como.' says Mirwan Suwarso, an official representative of the ownership group.

Fabregas is undoubtedly a marquee signing for the club and the midfield maestro brings a wealth of experience to a club in Italy's second tier in the winter of a glittering career.

He played 110 times for Spain winning the European Championships twice and the World Cup.